High School Musical: Get in the Picture

High School Musical: Get in the Picture is a reality-based TV series, which debuted July 20, 2008 on the television channel ABC. Stan Carrizosa was named the winner on September 8, 2008. Tierney Chamberlain was the runner-up. [1]

The series is a spin-off of the popular Disney High School Musical franchise. Nick Lachey is the series host. The Faculty were Jen Malenke, Regina Williams, Tiana Brown, Rob Adler, Chris Prinzo, and Montre Burton. Guest appearances and finale judging by Kenny Ortega. The show conducted a nationwide talent hunt followed by a group of contestants undergoing training to hone their skills. [2]

A record contract with Disney, and a music video to an original song, "Just Gettin' Started" to be shown during the credits of High School Musical 3: Senior Year . The contestants who did not advance were forced to go into the Chorus. However, the Chorus stayed on the show and were allowed to be backup singers/dancers in the music video.

Get in the Picture was taped at Murray High School in Murray, Utah. [3] Murray High School was the venue used for the auditorium scene of High School Musical , as well as other films Read It and Weep , Take Down , and Minutemen . [4] It is also the high school of American Idol runner-up David Archuleta. [5] Taping also took place at a Kmart store in Draper, Utah. The finale was taped at the Pasadena Civic Auditorium in Pasadena, California.

While the franchise may have had a built-in audience, the Nielsen ratings were surprisingly low, and the show was considered a major disappointment for the summer 2008 season by the entertainment media. [6] Besides being topped by reruns of sitcoms on CBS and Deal or No Deal encores along with the 2008 Summer Olympics on NBC, and many weeks by various repeats from Fox, the series was also constantly outrated in the 18-49 demo by the Spanish language telenovela Al Diablo con los Guapos on Univision; the telenovela beat HSM: Get in the Picture on five consecutive Mondays (August 11 through September 8) in the overall ratings those weeks.

Additionally in August, in markets where a pre-season edition of NFL Monday Night Football on ESPN aired over a broadcast station, the show was either pre-empted or delayed until a later time or date on the local ABC affiliate (which is usually the default station which takes ESPN simulcasts). The finale also suffered the same fate on September 8 within the Twin Cities of Minnesota, Green Bay & Milwaukee markets for the early portion of the Monday Night Football regular season premiere doubleheader.

Send to the chorus : Christie and BrianaBest Performer : Tierney

Send to chorus : ChristinaBest Performer: not announced (but Stan's name was read first)

Voted Most Growth during competition by contestants: Anthony (Won a Special Finale Performance)

American Idol is an American singing competition television series created by Simon Fuller, produced by Fremantle North America and 19 Entertainment, and distributed by Fremantle North America. It initially aired on Fox from June 11, 2002, to April 7, 2016, for 15 seasons. It was on hiatus for two years until March 11, 2018, when a revival of the series began airing on ABC.

So You Think You Can Dance is an American reality television program and dance competition airing on the Fox network. Season three premiered May 24, 2007.

The seventh season of American Idol, the annual reality show and singing competition, began on January 15, 2008, and concluded on May 21, 2008. Ryan Seacrest continued to host the show with Simon Cowell, Paula Abdul, and Randy Jackson returning as judges. David Cook was announced the winner of the competition on May 21, 2008, defeating runner-up David Archuleta by a margin of roughly 12 million votes out of over 97 million, which was at that time the highest recorded vote total in the show's history. The split was 56 to 44%.

The eighth season of American Idol premiered on Tuesday, January 13, 2009, and concluded on May 20, 2009. Judges Simon Cowell, Paula Abdul, and Randy Jackson continued to judge the show's contestants, along with Ryan Seacrest as host. The season introduced Kara DioGuardi as the fourth judge on the Idol panel. It was also Abdul's final season as a judge. Kris Allen, a native of Conway, Arkansas, was announced the winner of the competition on May 20, 2009, defeating runner-up Adam Lambert after nearly 100 million votes were cast. This was the second season where both of the final two contestants had been in the bottom three or two at least once before the finale, with the first being season three.

Minutemen is a 2008 science-fiction Disney Channel Original Movie. The movie was the most viewed program on American cable TV for the week ending January 27, 2008, with 6.48 million viewers.

The One and Only is an entertainment talent contest made by the BBC. It was broadcast on BBC One and hosted by Graham Norton. The aim of the show is to find a musical tribute act to perform in a three-month stint in Las Vegas. Each week throughout January and February 2008 one of their number was lost after a public vote, and the other acts then chose who should go through based on their second performance. The Judges were David Grant and Carrie Grant. The show was won on 16 February 2008 by Katy Setterfield as Dusty Springfield. 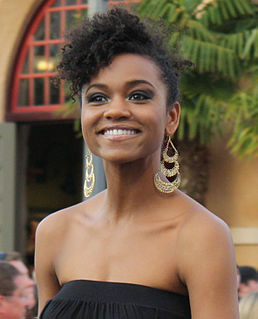 Syesha Raquel Mercado is an American singer-songwriter, actress, and model. Mercado was the third-place finalist on the seventh season of American Idol. Prior to Idol, Mercado was on The One: Making a Music Star and she won Florida Super Singer. Her musical influences are Whitney Houston, Etta James, Alicia Keys, Zap Mama, Lauryn Hill, and Aretha Franklin.

The Singing Bee is a Philippine karaoke game show premiered on April 21, 2008 on ABS-CBN. It is based on the American version of the same name. A combinination of karaoke singing and a spelling bee-style competition, this show features contestants trying to remember the lyrics to popular songs.

The sixth and final season of Canadian Idol is the sixth and final installation of the Idol series in Canada and premiered on June 3, 2008, on the CTV Television Network. It is again hosted by Ben Mulroney, with the addition of Jully Black as a special correspondent and general mentor to the contestants. Farley Flex, Jake Gold, Sass Jordan and Zack Werner all returned as judges. This season saw a number of major and minor show format changes in an effort to keep the franchise fresh and innovative. The final episode of the season, in which the Canadian Idol was crowned, aired on September 10, 2008. The winner of the sixth season was Theo Tams. The sixth season became the final season of Canadian Idol following its cancellation in 2009. 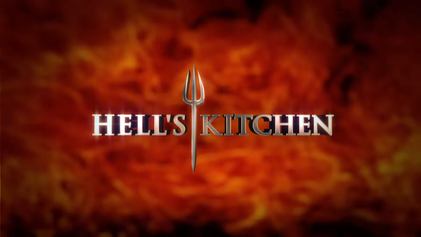 Hell's Kitchen is an American reality competition cooking show that premiered on Fox on May 30, 2005. The series is hosted by celebrity chef Gordon Ramsay, who created and appeared in the British series of the same name.

Op zoek naar Evita was a 2007 talent show-themed television series produced by the AVRO in the Netherlands. It documented the search for a new, undiscovered musical theatre performer to play the role of Eva Peron in the 2008 Andrew Lloyd Webber musical Evita.

Carly Rose Sonenclar, who performs under the name Carly Rose, is an American singer and actress. In December 2012, she became the runner-up on the second season of The X Factor.

Frenemies is a 2012 teen comedy-drama television film and anthology based on the novel of the same name by Alexa Young which premiered on Disney Channel. It features an ensemble cast starring Bella Thorne, Zendaya, Stefanie Scott, Nick Robinson, Mary Mouser and features Connor Price, Jascha Washington and Dylan Everett. The film follows three pairs of teenage friends that go from friends to enemies and back again. The film was directed by Daisy Mayer and written by Dava Savel, Wendy Weiner, and Jim Krieg. The Disney Channel Original Movie premiered on January 13, 2012, in the United States and Canada. 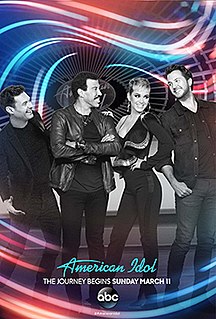 The sixteenth season of American Idol premiered on March 11, 2018, on the ABC television network. It is the show's first season to air on ABC, and after 15 years on Fox, Ryan Seacrest continued his role as the show's host, while Katy Perry, Luke Bryan, and Lionel Richie joined as judges. Maddie Poppe from Clarksville, Iowa won the season on May 21, 2018, while her boyfriend Caleb Lee Hutchinson was the runner-up, and Gabby Barrett finished in third place. Poppe was the first female winner since Candice Glover in season twelve.

The seventeenth season of American Idol premiered on March 3, 2019 on the ABC television network. It is the show's second season to air on ABC. Ryan Seacrest continues his role as the show's host, while Katy Perry, Luke Bryan and Lionel Richie returned for their second season as judges. Bobby Bones returned as the in-house mentor, and acted as guest host for the taped April 8, 2019 episode.

The eighteenth season of the reality show singing competition American Idol premiered on February 16, 2020 on ABC. It is the third season to air on ABC since the series reboot; Katy Perry, Luke Bryan, and Lionel Richie returned as judges despite budget cuts. Ryan Seacrest continued as show host; Bobby Bones returned as in-house mentor.

Season thirty of Dancing with the Stars premiered on September 20, 2021 on the ABC network.