Hollywood Thrill Makers is a 1954 American action film directed by Bernard B. Ray and starring James Gleason, William Henry and Diana Darrin. It was distributed by Lippert Pictures. [1] It is also known as Hollywood Stuntmen. It follows the lives of several Hollywood stuntmen.

The Monthly Film Bulletin called it an "Ineptly made, hashed up affair." [2]

The Los Angeles Times said "If you're interested in the antics of Hollywood stunt men, this one might interest you - but not much." [3]

The Conqueror is a 1956 American epic film directed by Dick Powell and written by Oscar Millard. The film stars John Wayne as the Mongol conqueror Genghis Khan and co-stars Susan Hayward, Agnes Moorehead, and Pedro Armendáriz. Produced by entrepreneur Howard Hughes, the film was principally shot near St. George, Utah. 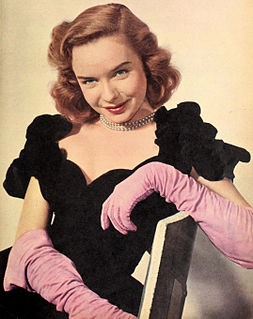 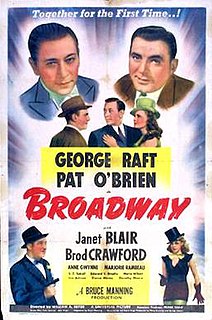 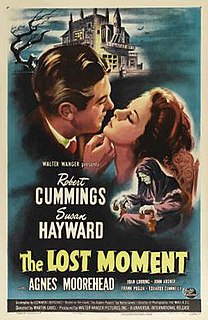 The Lost Moment is a 1947 melodramatic psychological thriller film with elements of horror directed by Martin Gabel and starring Robert Cummings, Susan Hayward and Agnes Moorehead. 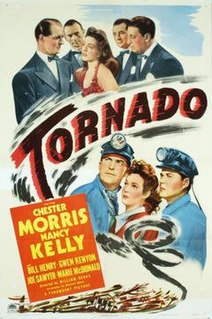 Tornado is a 1943 film directed by William A. Berke and starring Chester Morris and Nancy Kelly.

Adventure's End is a 1937 American adventure film directed by Arthur Lubin and starring John Wayne and Diana Gibson. It was distributed by Universal Pictures. The film is considered lost, as no prints are known to exist. 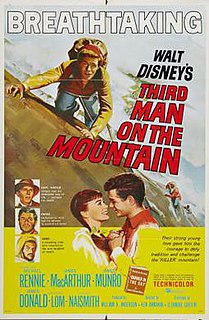 Third Man on the Mountain is a 1959 American family adventure film by Walt Disney Productions, directed by Ken Annakin and starring Michael Rennie, James MacArthur and Janet Munro. Set during the golden age of alpinism, its plot concerns a young Swiss man who conquers the mountain that killed his father. It is based on Banner in the Sky, a James Ramsey Ullman 1955 novel about the first ascent of the Citadel, and was televised under this name.

A Successful Failure is a 1934 American film directed by Arthur Lubin. It was Lubin's first film as director. 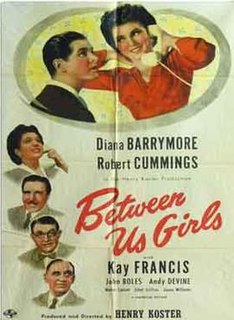 Forever Female is a 1953 black and white film directed by Irving Rapper. It stars Ginger Rogers and William Holden. It won a Golden Globe in 1954.

Free and Easy is a 1941 film directed by George Sidney, and starring Robert Cummings and Ruth Hussey. The film is a remake of MGM's But the Flesh Is Weak (1932) with Robert Montgomery and C. Aubrey Smith as the son-and-father team.

A Man Alone is a 1955 American Trucolor Western film directed by Ray Milland starring Ray Milland, Mary Murphy and Ward Bond. The story involves a man (Milland) who stumbles onto the aftermath of a stagecoach robbery in the Arizona desert in which there were no survivors. 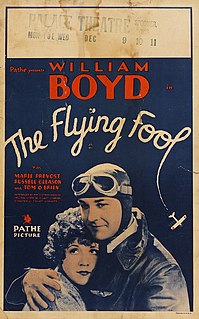 The Flying Fool is a 1929 aviation-themed film produced and distributed by Pathé Exchange as both a silent film and sound film just as Hollywood was transitioning to filming with sound. Tay Garnett directed and William Boyd, Russell Gleason and Marie Prevost starred.