Unsure of their financial situation, Richard Sutton and Linda Pearson have postponed their plans to marry to when they have a steady income. To be able to turn down a job offer he doesn't like, he pretends to have inherited money from a relative. Problem arises as his grandmother hears of the inheritance and believes it is a particular wealthy uncle Woodrow in Brazil who has thrown in the towel, leaving his $3 Million to Richard. She is also unaware of Richard's engagement to Linda.

When Richard wants to take the grandmother out of her misconception, her doctor advises against it, saying the shock could cause her death. Believing her grandson is rich now, she starts campaigning for his engagement to young beautiful Gwenny Miller. Gwenny is the grandmother's ward.

Another wealthy young woman, Barbara Cartwright, tells Richard she has an idea of how he can solve his problems. Richard goes to visit Barbara, but is quite dozy after involuntarily taking sleeping pills. He falls asleep, and when he wakes up again, he is seemingly engaged to Barbara.

Outraged and jealous, Linda breaks off their engagement, and Richard goes on a bender to drown his sorrows. Again he is knocked out, and wakes up in the apartment of infamous playboy Chester Wannamaker. With him in the apartment is a chorus girl named Lorraine O'Reilly, who really is Chester's fiancé.

Both Barbara and Gwenny soon arrives to the apartment to confront him, and after that also Lorraine's brother. The brother believes Richard is Chester and uses a gun to threaten him into marrying his sister.

Later, Richard's grandmother and uncle arrive at the apartment, saving him from the wrath of the women and the brother, explaining to them that Richard is poor. Richard reconciles with Linda after explaining the whole misunderstanding. [1]

Sense and Sensibility is a novel by Jane Austen, published in 1811. It was published anonymously; By A Lady appears on the title page where the author's name might have been. It tells the story of the Dashwood sisters, Elinor and Marianne as they come of age. They have an older half-brother, John, and a younger sister, Margaret.

Incidents in the Life of a Slave Girl, written by herself is an autobiography by Harriet Jacobs, a mother and fugitive slave, published in 1861 by L. Maria Child, who edited the book for its author. Jacobs used the pseudonym Linda Brent. The book documents Jacobs's life as a slave and how she gained freedom for herself and for her children. Jacobs contributed to the genre of slave narrative by using the techniques of sentimental novels "to address race and gender issues." She explores the struggles and sexual abuse that female slaves faced as well as their efforts to practice motherhood and protect their children when their children might be sold away. 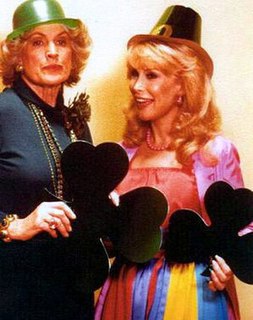 Harper Valley PTA is an American sitcom television series based on the 1978 film of the same name, which was itself based on the 1968 country song of the same name recorded by singer Jeannie C. Riley and written by Tom T. Hall. The series, starring Barbara Eden who reprised her role from the film, aired on NBC from January 16, 1981 to August 14, 1982.

Iola Leroy, or Shadows Uplifted, an 1892 novel by Frances E. W. Harper, is one of the first novels published by an African-American woman. While following what has been termed the "sentimental" conventions of late nineteenth-century writing about women, it also deals with serious social issues of education for women, passing, miscegenation, abolition, reconstruction, temperance, and social responsibility. 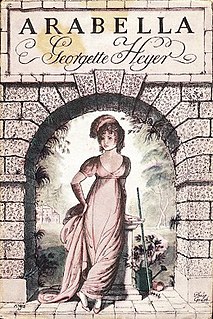 Arabella is a Regency romance novel written by Georgette Heyer. It records the plight of a relatively poor girl from the English gentry who captures the attention of a very wealthy man by claiming to be an heiress; although he disbelieves her, he is amused by her presumption and character. The story is set in the spring of 1817.

A Pelican at Blandings is a novel by P. G. Wodehouse, first published in the United Kingdom on 25 September 1969 by Barrie & Jenkins, London, and in the United States on 11 February 1970 by Simon & Schuster, Inc., New York, under the title No Nudes Is Good Nudes.

Des Clarke is a fictional character from the Australian soap opera Neighbours, played by Paul Keane. Des was created by Reg Watson as one of Neighbours' twelve original characters. He made his first on screen appearance on 18 March 1985, the show's first episode. Des departed during the episode broadcast on 11 October 1990. Keane later reprised the role as part of Neighbours' 30th anniversary celebrations in March 2015. He also returned for the 35th anniversary on 18 March 2020, again in August and December 2020 and for the serial's final episodes in 2022.

Firebrand is a name of different characters appearing in American comic books published by DC Comics. 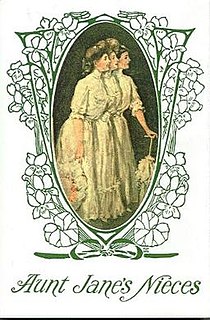 Aunt Jane's Nieces is the title of a juvenile novel published by Reilly & Britton in 1906, and written by L. Frank Baum under the pen name "Edith Van Dyne." Since the book was the first in a series of novels designed for adolescent girls, its title was applied to the entire series of ten books, published between 1906 and 1918.

Just Around the Corner is a 1938 American musical comedy film directed by Irving Cummings, and written by Ethel Hill, Darrell Ware and J. P. McEvoy, based on the novel Lucky Penny by Paul Gerard Smith. The film stars Shirley Temple as young Penny Hale, who must cope with the consequences after her architect father is forced by circumstances to accept a job as a janitor. It was the fourth and last cinematic song and dance pairing of Temple and Bill Robinson. 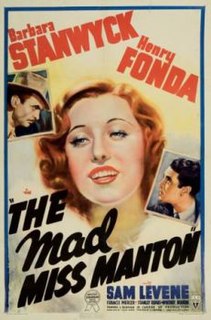 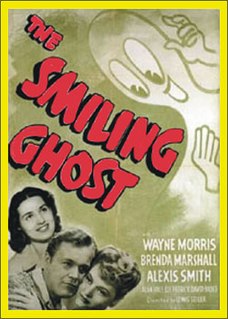 The Smiling Ghost is a 1941 American film directed by Lewis Seiler and starring Wayne Morris, Alexis Smith, and Alan Hale. The film is in the horror comedy genre, which was popular in the 1940s.

The Man in Possession is a 1931 American pre-Code romantic comedy film starring Robert Montgomery, Charlotte Greenwood, Irene Purcell, and C. Aubrey Smith, based on the play of the same name by H. M. Harwood. The black sheep of a family finds himself falling in love with the wealthy woman his brother is seeking to marry.

The Curse of Sleeping Beauty is a 2016 American fantasy horror film directed by Pearry Reginald Teo and written by Teo alongside Josh Nadler. The film stars Ethan Peck, India Eisley and Natalie Hall. It is based on a comic book of the same name by Everette Hartsoe and the story Little Briar Rose by the Brothers Grimm and Charles Perrault.