Professor Hugo de Burgh is Director of the China Media Centre at the University of Westminster, which he founded in January 2005. He earlier ran the Centre for Media Research at Goldsmith's College. de Burgh is founder, and Honorary Chairman of, Europe’s first dual-language English Chinese School, Kensington Wade.[ citation needed ] He is State Administration of Foreign Experts Affairs Endowment Professor at Tsinghua University, honorary fellow at the 48 Group Club, and board member at the Great Britain–China Centre. [1]

Professor de Burgh started in academic life teaching History at Edinburgh University before working as an education correspondent and television producer for STV, BBC and Channel 4. In 2004, he joined the University of Westminster as a Professor of Journalism, where he set up the China Media Centre. [2] His expertise ranges through international media and investigative journalism, China's culture industries and policy.[ citation needed ]

More recently, in 2020 in China’s Media in the Emerging World Order, he argued that "the way the Chinese media work can be understood as a reflection of culture as much as of political economy." [4]

His 2003 book 'The Chinese Journalist: mediating information in the world's most populous country' exposed the cognitive dissonance of Chinese media workers unable to realise their own expectations of their work. It also demonstrated that, far from seeing themselves as Westernizing, media workers were looking to past Chinese experience for inspiration and drawing upon their perceptions of Chinese culture as well as upon the tools of expression provided by the internet.

It was a surprise to Western observers to find that the Chinese media (and investigative journalists in particular) are, despite limitations upon them, influencing public life today by introducing new and unconventional ideas, changing terms of reference, forcing the pace of reform, giving voice to concerns and calling attention to issues. [5]

Milton Keynes is a large town in Buckinghamshire, England, about 50 miles (80 km) north-west of London. At the 2011 Census, its population was almost 230,000; the Office for National Statistics estimates that it will reach 300,000 by 2025. The River Great Ouse forms its northern boundary; a tributary, the River Ouzel, meanders through its linear parks and balancing lakes. Approximately 25% of the urban area is parkland or woodland and includes two SSSIs. 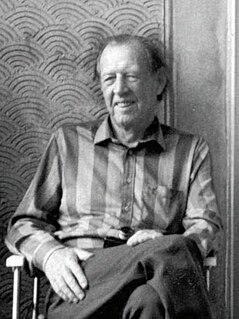 Raymond Henry Williams was a Welsh Marxist theorist, academic, novelist and critic influential within the New Left and in wider culture. His writings on politics, culture, the media and literature made a marked contribution to the Marxist critique of culture and the arts. Some 750,000 copies of his books were sold in UK editions alone and there are many translations available. His work laid foundations for the field of cultural studies and cultural materialism. 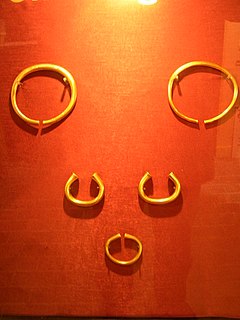 This history of Milton Keynes details its development from the earliest human settlements, through the plans for a 'new city' for 250,000 people in south central England, its subsequent urban design and development, to the present day..

John Hartley AM, FAHA, FRSA, ICA Fellow, is an academic who is Professor of Cultural Science and the previous Director of the Centre for Culture and Technology (CCAT) at Curtin University in Western Australia, and Professor of Journalism, Media and Cultural Studies at Cardiff University. He has published over twenty books about communication, journalism, media and cultural studies, many of which have been translated into other languages.

Jan Nederveen Pieterse is a Dutch-born scholar whose work centers on global political economy, development studies and cultural studies. He currently serves as the Duncan and Suzanne Mellichamp Distinguished Professor of Global Studies and Sociology at the University of California, Santa Barbara.

Chris Horrie is a journalist, author and lecturer specializing in investigative journalism, finance and profiles of major public figures. 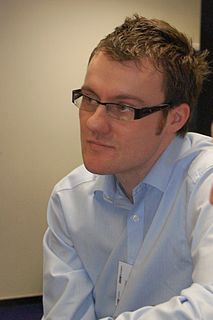 Professor Paul Bradshaw is an online journalist and blogger, who leads the MA in Multiplatform and Mobile Journalism at Birmingham City University. He manages his own blog, the Online Journalism Blog (OJB), and was the co-founder of Help Me Investigate, an investigative journalism website funded by Channel 4 and Screen WM. He has written for journalism.co.uk, Press Gazette, The Guardian's Data Blog, Nieman Reports and the Poynter Institute in the US. From 2010-2015 he was also a Visiting Professor at City University's School of Journalism in London. Since 2015 he has worked with the BBC England data unit.

The China Media Centre was launched in 2005 by Jeremy Paxman and Sun Yusheng, Vice-President of state-owned China Central Television (CCTV). It was set up within the University of Westminster’s Culture and Media Research Institute (CAMRI).

Analytic journalism is a field of journalism that seeks to make sense of complex reality in order to create public understanding. It combines aspects of investigative journalism and explanatory reporting. Analytic journalism can be seen as a response to professionalized communication from powerful agents, information overload, and growing complexity in a globalised world. It aims to create evidence-based interpretations of reality, often confronting dominant ways of understanding a specific phenomenon.

Robert A. Hackett is a Canadian university professor and researcher. He has been a professor and researcher at the School of Communication in Simon Fraser University, Vancouver, British Columbia, Canada since 1984. His main areas of research include media activism, political communication and news analysis. Since 1993, he has co-directed NewsWatch Canada, a news media monitoring project based at Simon Fraser University.

Margaret Gallagher is an Irish freelance researcher and writer specialising in gender and media. She has carried out research, development and evaluation projects for the United Nations Statistics Division, UNIFEM, UNESCO, the International Labour Office, the Council of Europe, the European Commission and the European Audiovisual Observatory.

Margaret Gallagher is an Irish freelance researcher and writer specialising in gender and media. She has carried out research, development and evaluation projects for the United Nations Statistics Division, UNIFEM, UNESCO, the International Labour Office, the Council of Europe, the European Commission and the European Audiovisual Observatory.

Jane Chapman is a British academic, professor of communications at the University of Lincoln, a research associate and a former fellow at Wolfson College, Cambridge and the Centre of South Asian Studies, Cambridge. She is the author of twelve books and over 35 academic articles and book chapters.

David Hesmondhalgh is a British sociologist. He is currently Professor of Media, Music and Culture at the University of Leeds. His research focusses on the media and cultural industries, critical approaches to media in the digital age, and the sociology of music.