In Search of Anna

In Search of Anna is a 1979 film directed by Esben Storm.

Esben Storm was a Danish Australian actor, screenwriter, television producer, television director, voice artist and songwriter. He was well known for his work with the Australian Children's Television Foundation, headed by Patricia Edgar, where he worked for 15 years. The company sold programs to 92 countries, and Storm was involved in writing, acting, editing, and directing numerous programs, including Round the Twist. He worked to adapt John Marsden's Tomorrow series but lost the rights to the film. His acting credits included roles in the films The Coca-Cola Kid (1985), Wrong World (1985) and Young Einstein (1988); his last acting role was in the medical drama series All Saints.

It was originally envisioned as a TV series but then became a feature. [2]

Richard Moir plays Tony, who has just been released from jail. His former inmates want him to participate in a robbery, but Tony just wants to find Anna and ends up dealing with one problem at a time.

Richard Moir is a former Australian actor and editor. He is known for many Australian film roles and as an original character electrician Eddie Cook in soap opera Prisoner and as "Dad" Tony Twist in Round the Twist.

Judith Ann Morris is an Australian actress, as well as a film director and screenwriter, well known for the variety of roles she played in 54 different television shows and films, but most recently for co-writing a musical epic about the life of penguins in Antarctica which became Happy Feet, Australia's largest animated film project to date.

Chris Haywood is an English Australian-based film and television actor, writer and producer, Haywood has also worked as a casting director and art director. 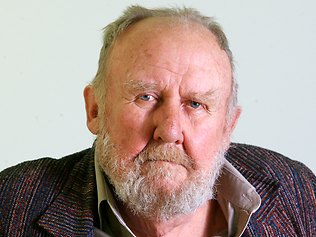 It was Storm's second feature, following his debut with 27A and after an unsuccessful attempt to make another movie called Angel Gear.

27A is a 1974 Australian film directed by Esben Storm. At the AFI Awards it won in the Best Actor and Best Fiction categories.

I became aware that all the films being made in Australia were period films, Picnic at Hanging Rock, The Getting of Wisdom, Between Wars. I felt this reflected a society that was unable to come to terms with where it was at. I know you have to look into the past and find your heroes but it seemed to me that it was reflective of a desire not to face up to where we were at. That also coincided with where I was at personally in my relationship to women and to Haydn [former collaborator Haydn Keenan], so I thought I should make a film about leaving the past behind and coming to terms with the present, moving into the future with a positive attitude. That's what I thought I should do personally and that's what I felt Australia should do. It led to In Search of Anna. [3]

According to Storm the film performed "really well, relatively" at the Australian box office, running for six weeks. It was also nominated for six AFI Awards. [3]

Michael Joseph Anderson was an English film director, best known for directing the Second World War film The Dam Busters (1955), the epic Around the World in 80 Days (1956) and the dystopian sci-fi film Logan's Run (1976). 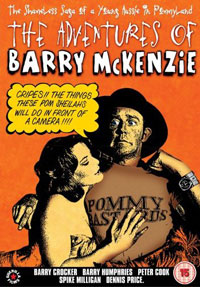 Storm Boy is a 1976 Australian film based on a children's book by Colin Thiele, about a lonely boy and his pet pelicans living in a coastal wilderness with his reclusive father. It was the third feature film made by the South Australian Film Corporation, and is a highlight of the New Wave of Australian Cinema from the 1970s. The film was financed by SAFC, Seven Network and the Australian Film Commission. 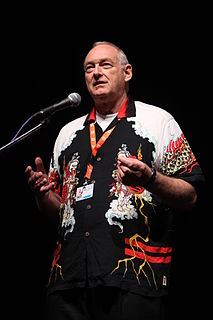 Brian Trenchard-Smith is an English-Australian film and television director, producer, writer, consultant and actor who is notable for his contributions to the horror and action genre during the 1970s and 1980s in Australia. Most of his work has been in television, and the majority of his films have been direct-to-video releases. His 1970s and 1980s Aussie films were theatrically released. He generally works in the drama, action and horror genres. He has directed 42 films and television series including Turkey Shoot, StuntRock, Dead End Drive-In, The Man from Hong Kong, and Leprechaun 3.

The Mango Tree is a 1977 Australian drama film directed by Kevin James Dobson and starring Geraldine Fitzgerald and Sir Robert Helpmann. Lead actor Christopher Pate is the son of actor Michael Pate who also produced and wrote the film.

The Plains of Heaven is a 1982 Australian film directed by Ian Pringle, about two men at a remote satellite relay station who contemplate their obsessions.

Wrong World is a 1985 Australian film directed by Ian Pringle. It was filmed in Nhill and Melbourne in Victoria, Australia.

Fantasm Comes Again is a 1977 soft core pornographic film from Australia. It was a sequel to Fantasm (1976) and was the first feature directed by Colin Eggleston. 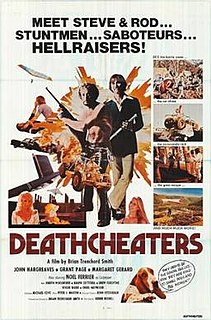