Judith Ann Morris (born 13 December 1947) is an Australian character actress, as well as a film director and screenwriter, well known for the variety of roles she played in 58 different television shows and films, starting her career as a child actress and appearing on screen until 1999, since then she has worked on film writing and directing, most recently for co-writing and co-directing a musical epic about the life of penguins in Antarctica which became Happy Feet , Australia's largest animated film project to date. [1] [2]

Morris’s first role came at the age of 10 when she was part of the cast of the television episode "Picture of the Magi" a Family Theater production which aired about 1957 on the Mutual Broadcasting System in the United States. [2] She then performed in two other roles in the USA, at the age of 10 on the Loretta Young Show , and in 1960, at the age of 13, on The Chevy Mystery Show hosted on that occasion by Vincent Price. [3]

Returning to Australia, Morris's next role was not to come until she reached the age of 20 when, in 1967, she worked in the ABC television series, Bellbird . Impressing casting agents, she was cast in numerous well known television series, including (see drop-down filmography list for further details) seven episodes in Division 4 , four episodes in Matlock Police and three episodes in Homicide series . [2]

In 1970, she starred in the short portmanteau film 3 to Go . During this time she also moved to more provocative (for its time) television, especially in the sex series of Alvin Purple , [2] and then under the direction of Tim Burstall as Sybil the babysitter in Libido: The Child (one of four parts of a portmanteau film that showed various aspects of human sexuality). In this part Morris awakens the sexuality of the boy that she is babysitting. For her part, Morris won the 1973 Australian Film Industry (AFI) Best Actress in a Lead Role. [4] [5] [6] Morris then played the part of "Sam" in the 1978 movie In Search of Anna , before receiving top billing as the wife "Jill Cowper" in the 1979 black comedy The Plumber , which began its life as a small 6 week television series directed by Peter Weir but following its success was produced as a DVD titled The Mad Plumber. [7]

The 1980s brought further success. She starred in Maybe This Time (1980), Strata (1983), Phar Lap (1983) as Bea Davis, the wife of Phar Lap's owner David J. Davis, and played the part of "Catherine Faulkner", the mother of the main character, "Kat Stanton", (played by Nicole Kidman) in Bangkok Hilton (1989). [8] In 1986 Morris was cast as Margaret 'Meg' Stenning in the miniseries The Last Frontier, that also starred Jason Robards as her father Edward Stenning, fellow Australian Jack Thompson as her brother, the black sheep of the family, Nick Stenning, and American actress Linda Evans as Kate Adamson-Hannon. (This miniseries was released on 3 November 1986). During and after this work she also played the role of "Liz Beare", the daughter-in-law of "Maggie Beare" (played by Ruth Cracknell) in the Mother and Son series that ran from 1984 to 1994. She also starred as an American photographer in Razorback .

Following this, amongst other work, she was cast in the role of "Mrs Muggleton" in eight episodes of the Spellbinder (1995) television series.

In 1996, she had voiced Melba the Crocodile from an animated tv show called Crocadoo.

Morris wrote and directed the comedy Luigi's Ladies in 1989. Later she teamed up with George Miller and Dick King-Smith to write Babe: Pig in the City in 1998. An episode of Dinotopia in 2002 and then most recently co-wrote the story to the film Happy Feet (along with Warren Coleman, John Collee, and once again, George Miller). Happy Feet was the first Australian animated film to win the Academy Award for Best Animated Feature, and for her part in writing it Morris was nominated for an Annie Award. She later wrote the screenplay for Fred Schepisi's 2011 film, The Eye of the Storm , based on the novel of the same title.

Morris has been nominated for several awards in her career including: 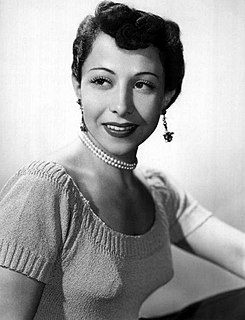 June Foray was an American voice actress who was best known as the voice of such animated characters as Rocky the Flying Squirrel, Nell Fenwick, Lucifer from Disney's Cinderella, Cindy Lou Who, Jokey Smurf, Granny from the Warner Bros. cartoons directed by Friz Freleng, Grammi Gummi from Disney's Adventures of the Gummi Bears series, and Magica De Spell, among many others. 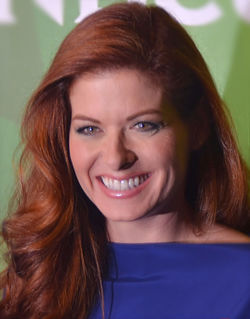 Halifax f.p. is an Australian television crime series produced by Nine Network from 1994 to 2002. The series stars Rebecca Gibney as Doctor Jane Halifax, a forensic psychiatrist investigating cases involving the mental state of suspects or victims. The series is set in Melbourne. 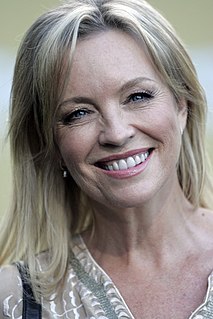 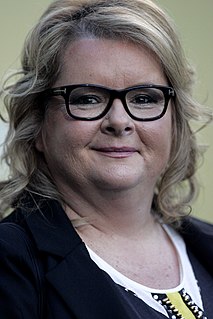 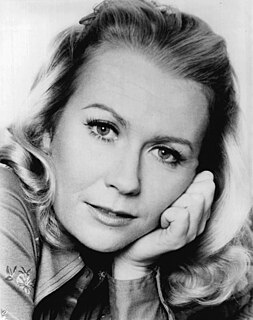 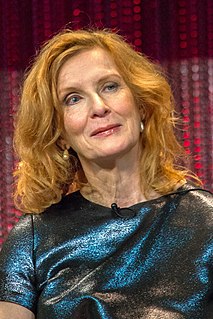 Leeanna Walsman is an Australian actress. She is perhaps best known for her role as Zam Wesell in Star Wars: Episode II – Attack of the Clones (2002), for playing Carly Bishop in the Australian film Looking for Alibrandi (2000), for her role as Erica Davidson in the Australian television series Wentworth, and for her starring role in the mini-series Jessica. Walsman also starred in Home and Away: An Eye for an Eye (2015), which aired on subscription channel Presto.

Angie Milliken is an Australian actress.

Carol Ann Burns was an Australian actress, theatre director and patron of the arts. She worked extensively in theatre and television serials, as well as telemovies and mini-series in Australia and the United Kingdom. In Australia she was a founding member of the Queensland Theatre Company. Burns was an original cast member, as Franky Doyle, in the serial Prisoner during the first season in 1979 and although she only appeared in the first 19 episodes, she became a major breakout and much loved character, and gained cult status as a fan favourite. 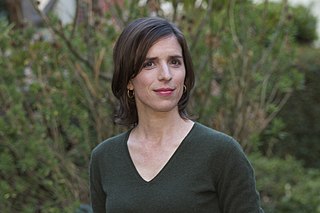 Quinn L. Cummings is an American author, actress, humorist, inventor, and entrepreneur. She played Lucy McFadden in Neil Simon's The Goodbye Girl for which she was nominated for an Academy Award for Best Supporting Actress and had a recurring role as Annie Cooper on the television series Family. Since quitting acting, she has become an entrepreneur, and has published several books. 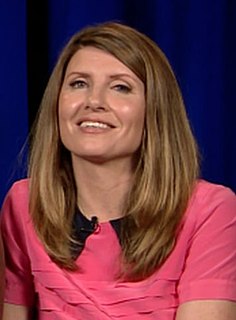 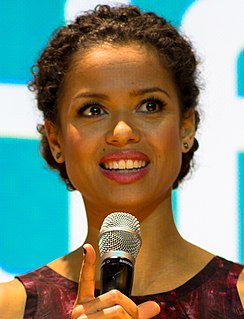 Gugulethu "Gugu" Sophia Mbatha-Raw is a British actress. After studying at the Royal Academy of Dramatic Art, she began acting in British television and stage productions, appearing in the science-fiction series Doctor Who (2007), and went on to appear in American productions such as the comedy film Larry Crowne (2011), and the short-lived television series Undercovers (2010) and Touch (2012). 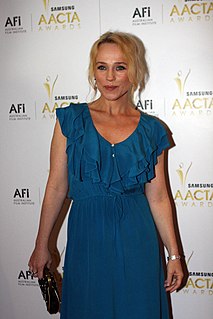 Sarah Aubrey is an English-Australian actress. She has had guest roles in episodes of All Saints, Water Rats and Above the Law, along with numerous TV commercials. She also won the Best Actress award at the 2002 Tropfest film festival and is one of Australia's top voice talents.

Sophia Ewaniuk is a Canadian child film and television actress who landed her first major role as Emma Conroy in ABC's series Happy Town, a role for which she had been nominated as a recurring lead in a television series at the 2011 Young Artist Awards.