It was the feature film debut of stage/TV actor Jill Perryman.

Fran, the assistant to university professor Paddy, is about to turn 30. She is having an affair with a married minister's aide, Stephen. She returns home to the country town she grew up in and has a fling with an old flame, Alan. She also begins sleeping with Paddy.

Bob Ellis says it took him five years to get the film made and that it was turned down by Gillian Armstrong, Stephen Wallace, Tony Buckley, Donald Crombie, Ken Hannam, David Stevens and Brian Bell. He then re-wrote it and managed to persuade the New South Wales Film Corporation to back it, although the NSWFC were the ones who picked the producer and director. They also insisted that the lead be played by Judy Morris, Helen Morse or Wendy Hughes. [2]

Ellis later complained that all references in the script to Gough Whitlam had to be cut out of the first third of the film because the New South Wales Film Corporation was not seen to be biased towards Whitlam. He thought this destroyed the structure of the scenes and "as a result, the first 10 minutes of the film was wrecked, and the film will lose money." [3]

Ellis says that the part played by Mike Preston was written for Jack Thompson and felt Judy Morris was miscast because she "looks too beautiful to have these problems, and the correct choice would have been somebody like Anna Volska or Michelle Fawdon." However he did like Morris' performance. [2]

Morris later said of her character:

Fran is a woman who feels pushed into a corner. She is approaching 30, a time when many women being to feel their options are running out. She has passed through a sexual liberation stage but has found that this has not provided a solution. What she wants is a total commitment with a man. [4]

The film was shot over six weeks starting in November 1979. [5] Its original title was Letters from a Friend. [6]

The film was not a success at the box office. However the script by Bob Ellis and Anne Brooksbank won an AWGIE for best original feature film screenplay. [7]

The Great Macarthy is a 1975 comedy about Australian rules football. It was an adaptation of the 1970 novel A Salute to the Great McCarthy by Barry Oakley. It stars John Jarratt as the title character as a local footballer who is signed up by the South Melbourne Football Club. It also stars Barry Humphries and Judy Morris. It was released at a time of resurgence in Australian cinema but was not very successful despite its high profile cast. 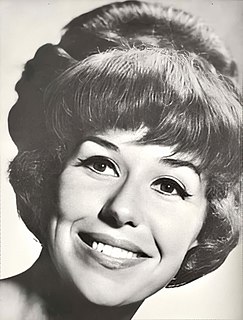 Jill Perryman is an Australian former stage and screen actress and singer. Combining both her stage acting and her singing, she featured in numerous musical theatre roles, over eight decades, performing from the age of three in a production of operetta White Horse Inn

Libido is a 1973 Australian drama film comprising 4 segments written and directed as independent stories, but screened together as one piece, exploring a common theme of instinctive desire and contemporary sexuality.

The Plumber is a 1979 Australian psychological thriller film about a psychotic plumber who terrorizes a grad student. Written and directed by Peter Weir, The Plumber was originally made and broadcast as a television film in Australia in 1979 but was subsequently released to theatres in several countries beginning with the United States in 1981. The film was made shortly after Weir's critically acclaimed Picnic at Hanging Rock became one of the first Australian films to appeal to an international audience. The film stars Judy Morris, Ivar Kants, and Robert Coleby, all of them being most notable at the time as actors in Australian soap operas.

Manganinnie is an AFI Award-winning 1980 film which follows the journey of Manganinnie, a Tasmanian Aboriginal woman who searches for her tribe with the company of a lost white girl named Joanna. Based on Beth Roberts' novel of the same name, it was directed by John Honey and was the first feature film to be financed by the short-lived Tasmanian Film Corporation. 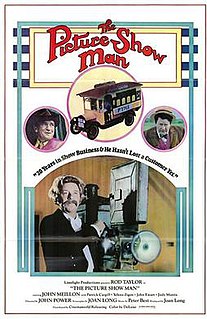 Joy Cavill was an Australian screenwriter and producer.

Jack and Jill: A Postscript is a 1970 Australian film.

Duet for Four is a 1982 film directed by Tim Burstall.