In the 1860s, two friends, Harry and Bluey, steal a thousand head of cattle and trek it across country from Queensland to Adelaide.

Robert Wales' script was originally called Trailblazer. It was based on the cattle drive of Harry Readford, known as Captain Starlight, which inspired the novel Robbery Under Arms . PBL Productions, then an offshoot of the Nine Network, bought the script and at one stage Joan Long was going to produce with Peter Yeldham working on the script. Then Carl Schultz was hired as director and he wanted to turn it into a comedy, so Yeldham left the project. PBL formed a partnership with Dumbarton Films who had worldwide marketing rights to the film. [1]

The two leads were inexperienced: Kathryn Walker was an architecture student doing some modelling and Paul Goddard had only been in one small role. [5]

The movie was shot on location in the Australian outback, with the town of Bourke standing in for Roma, and studio scenes shot at Mort Bay studios in Balmain, Sydney. [1] Shooting finished on 14 November 1985. [6]

Hoyts wanted to release the film but Dumbarton held up the release hoping for a Hollywood major to handle the film in the same way as Crocodile Dundee . This did not eventuate and the film was not released until two years after it was made. It was not a financial success. [1]

One critic wrote that "the film is entertaining in its contrived absurdity but lacks any substance behind the comic set ups." [4] However David Stratton called the film "hugely entertaining". [1]

Bullseye was released on DVD by Umbrella Entertainment in January 2011. The DVD is compatible with all region codes. [7] 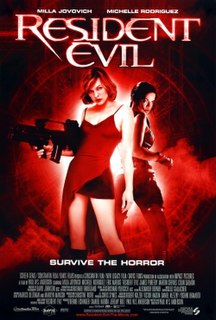 Resident Evil is a 2002 action horror film written and directed by Paul W. S. Anderson. The film stars Milla Jovovich, Michelle Rodriguez, Eric Mabius, James Purefoy, Martin Crewes, and Colin Salmon. It is the first installment in the Resident Evil film series, which is loosely based on the video game series of the same name. 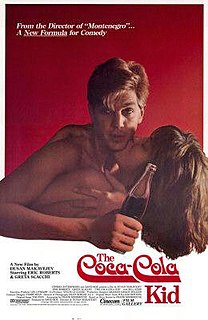 Bush Christmas is a 1983 Australian Christmas drama film and a remake of a 1947 film of the same name, which was based on a novel by Ralph Smart and Mary Cathcart Borer. The film marked actress Nicole Kidman's first feature film role. It was filmed on location on the Lamington Plateau, Queensland. It is also notable for music by The Bushwackers.

Bluey is an Australian television series made by Crawford Productions for the Seven Network in 1976.

Squizzy Taylor is a 1982 Australian drama film based on the life of Melbourne gangster, Squizzy Taylor, directed by Kevin James Dobson and starring David Atkins, Jacki Weaver and Alan Cassell. 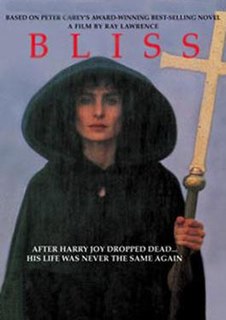 Dimboola is a 1979 Australian independent film directed by John Duigan about a country wedding reception. It is based on the 1969 play of the same name by Jack Hibberd and was principally filmed on location in Dimboola, Victoria.

The Back of Beyond (1954) is a feature-length award-winning Australian documentary film produced and directed by John Heyer for the Shell Film Unit. In terms of breadth of distribution, awards garnered, and critical response, it is Heyer's most successful film. It is also, arguably, Australia's most successful documentary: in 2006 it was included in a book titled 100 Greatest Films of Australian Cinema, with Bill Caske writing that it is "perhaps our [Australia's] national cinema's most well known best kept secret". 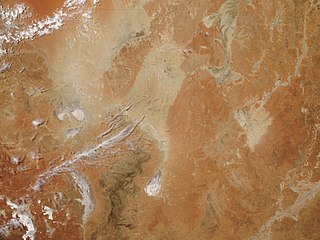 The Tirari Desert is a 15,250 square kilometres (5,888 sq mi) desert in the eastern part of the Far North region of South Australia. It stretches 212 km from north to south and 153 km from east to west.

Far East is a 1982 Australian drama film directed by John Duigan and starring Bryan Brown, Helen Morse and John Bell. Far East has many similarities to the 1942 classic Casablanca.

The Last of the Knucklemen is a 1979 Australian film directed by Tim Burstall.

Shame is a 1988 Australian film directed by Steve Jodrell and starring Deborra-Lee Furness as 'Asta', for which she won both the 1988 FCCA 'Best Actor' and Golden Space Needle 'Best Actress' awards; as well as the FCCA awarding 'Best Screenplay' to both Beverley Blankenship and Michael Brindley. 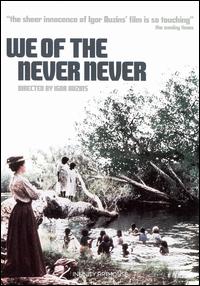 We of the Never Never is a 1982 Australian drama film directed by Igor Auzins and starring Angela Punch McGregor, Arthur Dignam, John Jarratt, and Tony Barry. It is based on the autobiographical novel We of the Never Never by Jeannie Gunn. It was nominated for five AFI awards and earned one award for best cinematography. 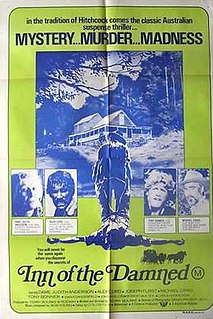 Roadgames is a 1981 Australian thriller film directed by Richard Franklin and starring Stacy Keach and Jamie Lee Curtis. The film follows a truck driver travelling across Australia who, along with the help of a hitchhiker, seeks to track down a serial killer who is butchering women and dumping their dismembered bodies along desolate highways.