Semler was born in Renmark, South Australia. His first work in the production industry was as a camera operator at a local television station. Later, he began making documentary and educational films for Film Australia. He was the cinematographer for A Steam Train Passes (1974), Moving On (1974), Let the Balloon Go (1976), and A Good Thing Going (1978).

In 1990, Semler was hired as cinematographer for Kevin Costner's Dances with Wolves , for which he won an Academy Award for Best Cinematography. Semler lensed the comedy City Slickers (1991) and the action film Last Action Hero (1993) in the early 1990s. In 1995, Semler again worked with Costner on his film Waterworld . In 1992 Semler was the cinematographer of The Power of One 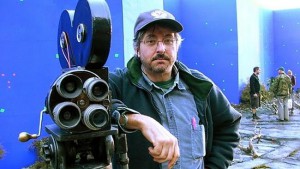 Apocalypto is a 2006 American epic historical adventure film produced, co-written, and directed by Mel Gibson. The film features a cast of Native American and Indigenous Mexican actors consisting of Rudy Youngblood, Raoul Trujillo, Mayra Sérbulo, Dalia Hernández, Ian Uriel, Gerardo Taracena, Rodolfo Palacios, Bernardo Ruiz Juarez, Ammel Rodrigo Mendoza, Ricardo Diaz Mendoza, and Israel Contreras. All of the ethnic tribes and peoples depicted in the film were Maya, as Gibson wanted to depict the Maya city built for the story as an "unknown world" to the character. Similar to Gibson's earlier film The Passion of the Christ, all dialogue is in a modern approximation of the ancient language of the setting. Here, the Indigenous Yucatec Maya language is spoken with subtitles, which sometimes refer to the language as Mayan. This was the last film Gibson directed until 2016's Hacksaw Ridge ten years later.

John Clement Seale ACS ASC is a semi-retired Australian cinematographer. He won an Oscar for his work in the 1996 film The English Patient, in addition to a BAFTA and Satellite Award. He is a member of both the Australian Cinematographers Society (ACS) and the American Society of Cinematographers (ASC).

The 21st American Society of Cinematographers Awards were held on February 18, 2007, honoring the best cinematographers of film and television in 2006.

James Michael Muro, Jr. is an American BAFTA Award-nominated cinematographer and director. He is known primarily for his Steadicam work. In the late 1980s and 1990s, he was James Cameron's Steadicam operator of choice, working on Cameron's hit films The Abyss, Terminator 2: Judgment Day, True Lies, and Titanic. Throughout his career, he has been credited as Jimmy Muro, James Muro, Jim Muro, and J. Michael Muro. 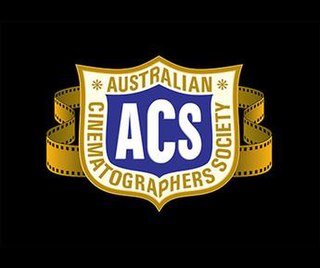 The Australian Cinematographers Society (ACS) is a not-for-profit organisation founded in 1958 for the purpose of providing a forum for Australian cinematographers to further develop their skills through mutual co-operation.

The 27th American Society of Cinematographers Awards were held on February 10, 2013 at the Hollywood & Highland Ray Dolby Ballroom, honoring the best cinematographers of film and television in 2012.

Bobby Byrne was an American cinematographer.