Linus Sandgren FSF, ASC (born December 5, 1972) is a Swedish cinematographer, known for his collaborations with directors Damien Chazelle, David O. Russell, Gus Van Sant, and the duo of Måns Mårlind and Björn Stein. He is known for his use of unique and unconventional formats, [1] shooting Van Sant's Promised Land in 4-perf Super 35mm 1.3x anamorphic for a 1.85:1 aspect ratio.

For his work on La La Land (2016), which he shot in the classic Cinemascope ratio 2.55:1, he won the Academy Award, BAFTA, Critics Choice among other awards for his cinematography. [2] [3] [4] [5] [6] He is additionally the recipient of a Guldbagge Award, Sweden's highest film honor. He is a member of both the American and Swedish Society of Cinematographers. [7] He is currently attached to No Time to Die , directed by Cary Joji Fukunaga, the 25th James Bond film. [8]

In 2020, Sandgren was given the Lumière Award of the Royal Photographic Society. 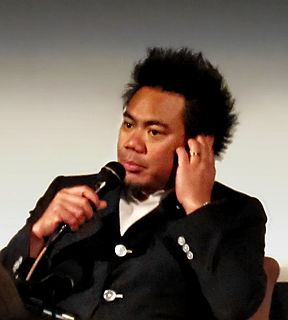 Cary Joji Fukunaga is an American filmmaker and television director.

First Man is a 2018 American biographical drama film directed by Damien Chazelle and written by Josh Singer. Based on the 2005 book First Man: The Life of Neil A. Armstrong by James R. Hansen, the film stars Ryan Gosling as Neil Armstrong, alongside Claire Foy, Jason Clarke, Kyle Chandler, Corey Stoll, Christopher Abbott, and Ciarán Hinds, and follows the years leading up to the Apollo 11 mission to the Moon in 1969. Steven Spielberg serves as an executive producer. 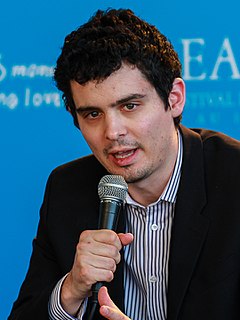 Damien Sayre Chazelle is an American film director, producer, and screenwriter. He is best known for his films Whiplash (2014), La La Land (2016), and First Man (2018). For La La Land, he received several accolades, including the Golden Globe Award and the Academy Award for Best Director; making him the youngest person to win either award at age 32. 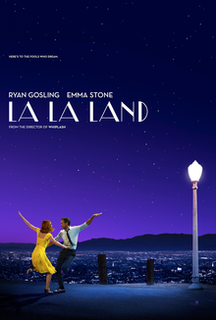 La La Land is a 2016 American musical romantic comedy-drama film written and directed by Damien Chazelle. It stars Ryan Gosling as a jazz pianist and Emma Stone as an aspiring actress, who meet and fall in love while pursuing their dreams in Los Angeles. John Legend, Rosemarie DeWitt, Finn Wittrock, and J. K. Simmons also star.

The 70th British Academy Film Awards, more commonly known as the BAFTAs, were held on 12 February 2017 at the Royal Albert Hall in London, honouring the best national and foreign films of 2016. Presented by the British Academy of Film and Television Arts, accolades were handed out for the best feature-length film and documentaries of any nationality that were screened at British cinemas in 2016.

Justin Gabriel Hurwitz is an American film composer and a television writer. He is best known for his longtime collaboration with director Damien Chazelle, scoring each of his films: Guy and Madeline on a Park Bench (2009), Whiplash (2014), La La Land (2016), and First Man (2018). 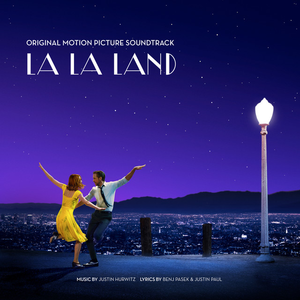 The Georgia Film Critics Association (GAFCA) is an organization of professional film critics from the U.S. state of Georgia. Inclusion is open to film critics throughout the entire state of Georgia, although the majority of members are concentrated in the Metro Atlanta area. GAFCA members represent the reviewing press through online, radio, television, or print media.