Dan Laustsen, ASC , DFF (born 15 June 1954) is a Danish cinematographer. He is a member of the Danish Society of Cinematographers and the American Society of Cinematographers. [1] [2] His career spans four decades and he has been nominated and won many prestigious awards, chiefly the Robert Awards. Laustsen has repeatedly collaborated with the Danish director Ole Bornedal on films such as Nightwatch and Just Another Love Story , and internationally with Guillermo del Toro, notably on the films such as Mimic , Crimson Peak , and The Shape of Water (for which he received a nomination for an Academy Award for Best Cinematography), and with Chad Stahelski for John Wick: Chapter 2 and John Wick: Chapter 3 – Parabellum in the John Wick film series. Laustsen is also known for his work on the films Silent Hill and The League of Extraordinary Gentlemen , where the visual side of The League of Extraordinary Gentlemen was hailed as a "visual treat" in Variety . [3] [4]

Laustsen was born in Aalborg, [5] to Aage Aarup Laustsen and Ellen Laustsen. He studied at the National Film School of Denmark (1976–1979) to pursue a career in cinematography. Laustsen has been involved in the production of feature films, documentaries, and advertisements. 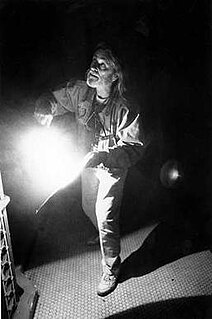 Manuel Alberto Claro is a Chilean-Danish cinematographer, filmmaker, and still photographer. He has won numerous accolades, including two Robert Awards, a Bodil Award, a European Film Award, and a Caméra d'Or. 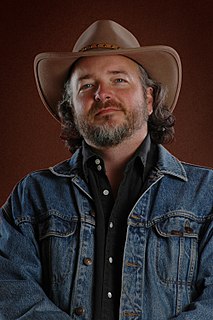 The Bodil Award for Best Cinematographer is one of the special awards at the annual Danish Bodil Awards presented by the Danish Film Critics Association.

Masanobu "Masa" Takayanagi is a Japanese cinematographer whose works include Silver Linings Playbook (2012), Warrior (2011) and The Grey (2011).

The Robert Award for Best Cinematography is one of the merit awards presented by the Danish Film Academy at the annual Robert Awards ceremony. The award has been handed out since 1984.

John Wick: Chapter 3 – Parabellum is a 2019 American neo-noir action thriller film starring Keanu Reeves as the eponymous character. It is the third installment in the John Wick film series, following John Wick (2014) and Chapter 2 (2017). The film is directed by Chad Stahelski and written by Derek Kolstad, Shay Hatten, Chris Collins, and Marc Abrams, based on a story by Kolstad. It also stars Halle Berry, Laurence Fishburne, Mark Dacascos, Asia Kate Dillon, Lance Reddick, Anjelica Huston, and Ian McShane. In the film, which picks up minutes after the end of the previous film, ex-hitman John Wick finds himself on the run from legions of assassins after a $14 million contract is put on his head because of his recent actions.

The 32nd American Society of Cinematographers Awards were held on February 17, 2018, at the Hollywood & Highland Ray Dolby Ballroom, honoring the best cinematographers of film and television in 2017.