Ronald Charles Taylor BSC (27 October 1924 – 3 August 2018 [1] [2] ) was a British cinematographer, [3] best known for his collaborations with directors Richard Attenborough and Dario Argento. Throughout his career, he was nominated for two BAFTA Awards for Best Cinematography and won an Academy Award for his work on Gandhi (1982), which he shared with Billy Williams.

Taylor was born in Hampstead, London and entered the film industry in his late teens working for Gainsborough Pictures at Lime Grove in Shepherds Bush. Taylor's first film was as a clapper boy on The Young Mr. Pitt (1942). That same year he entered the Merchant Navy. [4] After the end of the Second World War returned to the film industry. He became a camera operator and went on to become a director of photography, winning an Oscar for Gandhi (1982). Taylor's final film was the Dario Argento-directed giallo film Sleepless (2001), after which he retired to Spain. [5]

He is featured in the book Conversations with Cinematographers by David A Ellis, published by Scarecrow Press. 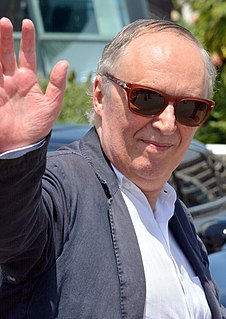 Dario Argento is an Italian film director, producer, screenwriter and critic. His influential work in the horror genre during the 1970s and 1980s, particularly in the subgenre known as giallo, has led him to being referred to as the "Master of the Thrill" and the "Master of Horror". 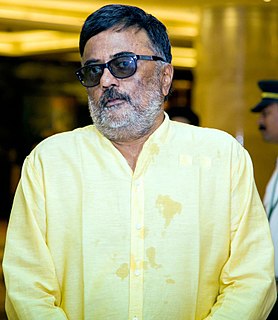 P. C. Sreeram is an Indian cinematographer and film director who works mainly in the Tamil films. He is also the president of Qube Cinemas, a digital cinema technology company. He is an alumnus of the Madras Film Institute. Apart from his work as a cinematographer, Sreeram was much appreciated for his directorial venture Kuruthipunal, a remake of the 1994 Hindi film Drohkaal. The film was submitted by India as its official entry to the Oscars in 1996, but was not nominated. Sreeram is well known for his association with Mani Ratnam and received critical acclaim for his work in films such as Mouna Ragam, Nayakan, Agni Natchathiram, Geethanjali, Alaipayuthey, O Kadhal Kanmani. He has worked as a cinematographer in over 30 films spanning across Tamil, Telugu, Malayalam, Kannada and Hindi language, besides directing three films and a few TV commercials. He is the one of the founding members of Indian Society of Cinematographers (ISC). 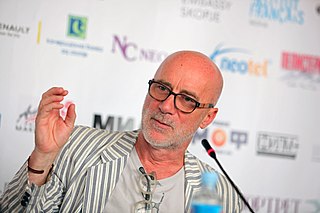 John MathiesonCAL, BSC is an English cinematographer and commercial director. He is one of a group of filmmakers who emerged from the music video industry of the late 1980s and 1990s. He is a frequent collaborator with director Ridley Scott, acting as director of photography on most of his films beginning with Gladiator (2000), for which he won a BAFTA Award and was nominated for an Academy Award for Best Cinematography. He has worked with directors like Joel Schumacher, Rowan Joffé, Matthew Vaughn, Guy Ritchie, James Mangold, and Rob Letterman.

Barry Ackroyd, BSC is an English cinematographer. Ackroyd has frequently worked with directors Ken Loach and Paul Greengrass. He worked on Kathryn Bigelow's 2008 war film The Hurt Locker as well as the critically acclaimed 2013 biographical thriller Captain Phillips, the former earning him a BAFTA Award and an Academy Award nomination for Best Cinematography. In 2014, Ackroyd became the president of the British Society of Cinematographers.

Glory Film Co. was established to produce the cinema film 'The Troop' which had a Royal Premiere at BAFTA in the presence of The Princess Royal. Shot in 35mm CinemaScope the film features The King's Troop, Royal Horse Artillery and has a narrative introduction by Oscar-winning actor John Mills. 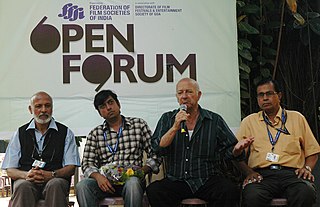 Alan Jones is a film critic, broadcaster and reporter on the Horror Fantasy genre and has travelled the world to report on movies in production. His first assignment was the original Star Wars in 1977, after which he became London correspondent for Cinefantastique magazine (1977–2002) and reviewed for British magazine Starburst from 1980 until 2008. A film critic for Film Review and Radio Times, he has made contributions to the Radio Times Guide to Films, the Radio Times Guide to Science Fiction and Halliwell's Film Guide. He has also served as film critic for BBC News 24, Front Row on BBC Radio 4, and on Sky News programme Sunrise. He has worked for many of the long-established cinema magazines – Empire, Premiere and Total Film, an article in which – The Splat Pack – is credited for the first use of a term that is now part of film industry jargon.

Benjamin Paul Seresin, BSC, ASC is a New Zealand cinematographer. He is best known for his work on Transformers: Revenge of the Fallen, World War Z, and Unstoppable.