In the Night (film)

In the Night (Dutch : in de nacht) is a 1922 British-Dutch silent crime film directed by Frank Richardson.

An esbat is a coven meeting at a time other than one of the Sabbats within Wicca and other Wiccan-influenced forms of contemporary Paganism. Janet and Stewart Farrar describe esbats as an opportunity for a "love feast, healing work, psychic training and all." 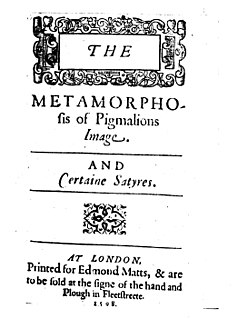 John Marston was an English playwright, poet and satirist during the late Elizabethan and early Jacobean periods. His career as a writer lasted only a decade. His work is remembered for its energetic and often obscure style, its contributions to the development of a distinctively Jacobean style in poetry, and its idiosyncratic vocabulary.

A pink is a sailing ship with a very narrow stern. The term was applied to two different types of ship.

A droll is a short comical sketch of a type that originated during the Puritan Interregnum in England. With the closure of the theatres, actors were left without any way of plying their art. Borrowing scenes from well-known plays of the Elizabethan theatre, they added dancing and other entertainments and performed these, sometimes illegally, to make money. Along with the popularity of the source play, material for drolls was generally chosen for physical humor or for wit.

The Battle of Cabrita Point, also known Battle of Marbella, was a naval battle that took place while a combined Spanish-French force besieged Gibraltar on 10 March 1705 during the War of Spanish Succession. The battle ended in an allied victory which effectively ended the Franco-Spanish siege of Gibraltar.

The Alaska Territorial Guard (ATG), more commonly known as the Eskimo Scouts, was a military reserve force component of the US Army, organized in 1942 in response to attacks on United States soil in Hawaii and occupation of parts of Alaska by Japan during World War II. The ATG operated until 1947. 6,368 volunteers who served without pay were enrolled from 107 communities throughout Alaska in addition to a paid staff of 21, according to an official roster. The ATG brought together for the first time into a joint effort members of these ethnic groups: Aleut, Athabaskan, White, Inupiaq, Haida, Tlingit, Tsimshian, Yupik, and most likely others. In later years, all members of some native units scored expert sharpshooter rankings. Among the 27 or more women members were at least one whose riflery skills exceeded the men. The ages of members at enrollment ranged from 80 years old to as young as twelve. As volunteers, the Alaska Territorial Guard members were those who were too young or too old to be drafted during WWII. 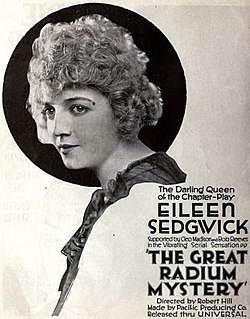 The Taukkyan Roadblock was an engagement in the Burma campaign in World War II. It was an attempt to clear a roadblock held by elements of the Japanese 33rd Division, which was preventing the evacuation of the main force of the Burma Army from Rangoon. After heavy fighting throughout 7 March 1942, and a counterattack that night, the roadblock was taken on the early morning of 8 March, with little resistance. As a result, the Burma Army was able to withdraw northwards unimpeded, and avoid being captured in Rangoon by the Japanese forces.

Once a Thief is a 1935 British, black-and-white, crime film directed by George Pearson and starring John Stuart as Roger Drummond. It was produced by British & Dominions Film Corporation and Paramount British Pictures.

Men of the Night is a 1934 American drama film written and directed by Lambert Hillyer, which stars Bruce Cabot, Judith Allen, and Ward Bond.

Dynamite Denny is a 1932 American drama film directed by Frank R. Strayer from an original screenplay by W. Scott Darling. The film stars Jay Wilsey, Blanche Mehaffey, and William V. Mong. Produced by Action Pictures, it was distributed through Mayfair pictures, and was released on May 27, 1932.

The Stolen Ranch is a 1926 American silent Western film directed by William Wyler and starring Fred Humes, Louise Lorraine and William Bailey. The future star Janet Gaynor appeared as an extra in the film. 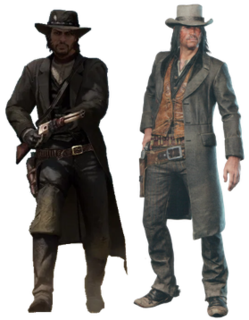 John Marston is a fictional character in the Red Dead video game series by Rockstar Games. He is the main playable protagonist of the 2010 video game Red Dead Redemption, wherein he must deal with the decline of the Wild West while being forced to hunt down the last surviving members of his old gang in exchange for the safe return of his family by the federal government. John is also the protagonist of Undead Nightmare, a non-canonical, zombie apocalypse-themed expansion pack, and the secondary playable character of the 2018 prequel, Red Dead Redemption 2. The latter game depicts John's life in the gang prior to its demise, and later his attempts to start an honest life with his family. 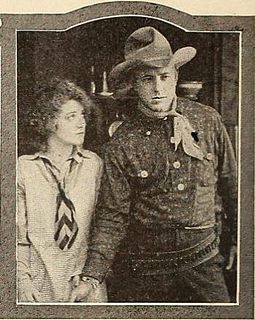 The Boss of the Lazy Y is a 1917 American silent Western film directed by Clifford Smith and starring Roy Stewart, Josie Sedgwick and Frank MacQuarrie.