In 1963 a Society of Acoustic Technology was formed in the UK for those interested in this subject: the President was Elfyn Richards. [1] Because of the interest in establishing a professional body, meetings were held with various societies and institutions, and in 1965 a British Acoustical Society was set up, absorbing the earlier society. [1] In 1974 the British Acoustical Society amalgamated with the Acoustics Group of the Institute of Physics to form the Institute of Acoustics. [2]

The following prizes are awarded by the Institute

The Acoustical Society of America (ASA) is an international scientific society founded in 1929 dedicated to generating, disseminating and promoting the knowledge of acoustics and its practical applications. The Society is primarily a voluntary organization of about 7500 members and attracts the interest, commitment, and service of many professionals.

Sir Eric Albert Ash is a British electrical engineer, past Rector of Imperial College and President of IEE, UK.

John "Shôn" Eirwyn Ffowcs Williams, is Emeritus Rank Professor of Engineering at the University of Cambridge and a former Master of Emmanuel College, Cambridge (1996–2002). He may be best known for his contributions to Aeroacoustics, in particular for his work on Concorde. Together with one of his students, David Hawkings, he introduced the far-field integration method in computational aeroacoustics based on Lighthill's acoustic analogy, known as the Ffowcs Williams-Hawkings analogy. 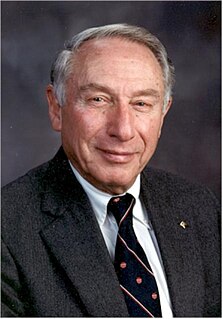 Bishnu S. Atal is an Indian physicist and engineer. He is a noted researcher in acoustics, and is best known for developments in speech coding. He advanced linear predictive coding (LPC) during the late 1960s to 1970s, and developed code-excited linear prediction (CELP) with Manfred R. Schroeder in 1985.

Dame Ann Patricia Dowling is a British mechanical engineer who researches combustion, acoustics and vibration, focusing on efficient, low-emission combustion and reduced road vehicle and aircraft noise. Dowling is a Deputy Vice-Chancellor and Professor of Mechanical Engineering, and from 2009 to 2014 she was Head of the Department of Engineering at the University of Cambridge, where she was the first female professor in 1993. She was President of the Royal Academy of Engineering from 2014–2019, the Academy's first female president.

Jens Peter Blauert is a German scientist specializing in psycho-acoustics and an emeritus professor at the Ruhr-Universität Bochum, where he founded the Institute of Communication Acoustics. His major scientific fields of interest are spatial hearing, binaural technology, aural architecture, perceptual quality, speech technology, virtual environments and tele-presence.

Kirill Horoshenkov is a Russian-born British academic, professor at the University of Sheffield. He is an expert in outdoor sound propagation, acoustic materials and instrumentation. In recognition of his contribution to the field of acoustics, he was awarded the prestigious Tyndall Medal by the Institute of Acoustics in 2006. He was elected a Fellow of the Acoustical Society of America in 2014.

Olga Umnova is Russian-born British academic, lecturer in Theoretical Acoustics in the Acoustics Department at the University of Salford. In recognition of her contribution to the field of acoustics, she was awarded the prestigious Tyndall Medal by the Institute of Acoustics in 2010.

Professor Elfyn John Richards was a Welsh aeronautical engineer and acoustical engineer, the first professor of either of these subjects at Southampton University, where he founded the Institute of Sound and Vibration Research, and was the second Vice-Chancellor of Loughborough University of Technology. 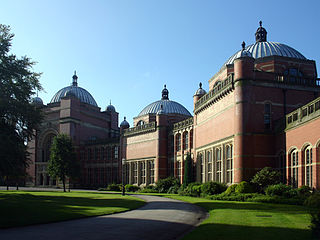 Bridget Shield is a leading researcher on acoustics.

The British Vacuum Council (BVC) is the link between scientists and engineers within the UK and the International Union for Vacuum Science, Technique and Applications (IUVSTA).

Manohar Lal Munjal is an Indian acoustical engineer, honorary professor, and INSA senior scientist at the Facility for Research in Technical Acoustics (FRITA) of the Indian Institute of Science. He is known for his studies on aeroacoustics and finite wave analysis of exhaust systems. He is an elected fellow of all the three major Indian science academies viz. Indian Academy of Sciences, Indian National Science Academy, National Academy of Sciences, India as well as the Indian National Academy of Engineering. He has published three books viz. Noise and Vibration Control, Acoustics of Ducts and Mufflers With Application to Exhaust and Ventilation System Design, and IUTAM Symposium on Designing for Quietness and has contributed chapters to books edited by himself and others. The Council of Scientific and Industrial Research, the apex agency of the Government of India for scientific research, awarded him the Shanti Swarup Bhatnagar Prize for Science and Technology, one of the highest Indian science awards for his contributions to Engineering Sciences in 1986. 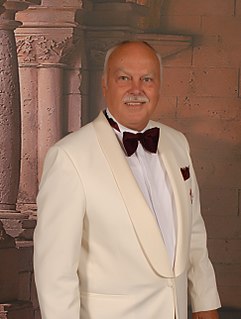 Leif Bjørnø was born on 30 March 1937 in Svendborg, Denmark. Son of Svend Aage Valdemar and Elna Marie Jensen. Leif Bjørnø, professor and well known acoustician. Named Knight of the Order of Dannebrog, Her Majesty the Queen of Denmark 1991, recipient Gold medal Society Francaise d'Acoustique, 1995, Lord Rayleigh's Gold medal, London, 1997, The Hartmann Prize, Copenhagen, 1999, Fellow of the Acoustical Society of America, a Life Fellow of the Institute of Electrical and Electronics.

Sue Bird is an acoustic engineer and past president of Women's Engineering Society (WES).