The International Women's Boxing Hall of Fame (IWBHF) is a sports hall of fame located in Vancouver, Washington. It is dedicated to women's boxing, and was started by Sue TL Fox. The Hall of Fame has a board of 11 members, who vote on nominees who are submitted to the IWBHF by the public. [1] Terri Moss, a 2015 inductee, says that the IWBHF helps show women's accomplishments in the sport. [2] Their primary mission is to "call honorary attention to those professional female boxers (now retired) along with men and women whose contributions to the sport and its athletes, from outside the ring, have been instrumental in growing female boxing." [3]

The International Women's Boxing Hall of Fame first surged as an idea in 2013, by Sue TL Fox, the Founder and Creator of Women Boxing Archive Network [WBAN]. That year the WBAN, a website dedicated to women's boxing exclusively, announced that steps were being taken to open the Hall of Fame. [4]

The Hall of Fame's first inductee class was announced in April, 2014, and its first induction ceremony took place on July 11, 2014, and was attended by among others, Claressa Shields, women's boxing gold medalist at the 2012 London Olympic Games. [5]

On July 4, 2021, the International Women's Boxing Hall of Fame announced that the event that takes place on August 14, 2021, at the Orleans Hotel & Casino, in Las Vegas, Nevada, has been declared a "Proclamation Day" by the Honorable Carolyn G. Goodman, Mayor of the City of Las Vegas as "Women's Boxing Day." Mayor Carolyn G. Goodman said in the Proclamation Letter, "By virtue of the Authority given to me by the Laws of the State of Nevada and by the Charter of the City of Las Vegas, do hereby Proclaim, AUGUST 14, 2021 as "WOMEN'S BOXING DAY" in the city of Las Vegas and all Residents and Visitors to join me in celebrating the Inductees for the 2020-2021 International Women's Boxing Hall of Fame. We congratulate the women boxers and other inductees for their hard work and dedication to the sport of boxing."

Relation to the IBHOF 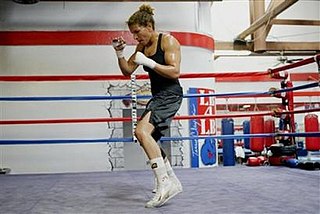 Elena A. Reid is an American former boxer and former mixed martial artist. She is a former WIBA and IFBA Flyweight Champion and fights under the nickname Baby Doll.

Daisy Lang is a former professional boxer who competed from 1996 to 2004. She is a former three division world champion and was the first Bulgarian woman to capture a world title, having held the WIBF super-flyweight, bantamweight, and super-bantamweight titles between 1999 to 2004.

Barbara Buttrick, nicknamed "Battling Barbara", was a world champion in women's boxing in the 1940s and 1950s.

Bob Alexander is a ring announcer for professional and amateur boxing, MMA, and kickboxing. 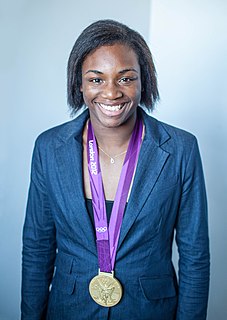