The Irish Human Rights Commission (IHRC) was a public body, state-funded but independent of government, that promoted and protected human rights in the Republic of Ireland. It was established in 2000 by an Act of the Oireachtas (the Irish parliament). [1] As one of the two national human rights institutions (NHRIs) on the island of Ireland, like the Northern Ireland Human Rights Commission (NIHRC) its creation was a consequence of the Belfast (Good Friday) Agreement of 10 April 1998. It was required to maintain a joint committee with the NIHRC to consider human rights issues affecting both jurisdictions, such as a possible Charter of Rights for the Island of Ireland. [2]

The IHRC had a full-time president and 14 other part-time commissioners, who served for five-year terms. The first president was Mr Justice Donal Barrington, a retired judge of the Supreme Court of Ireland, was succeeded in August 2002 by former Fine Gael senator Dr Maurice Manning.

The functions of the IHRC included advising on the compatibility of legislation with the rights protected by the Constitution of Ireland and by international treaties to which the state is party. It also engaged in human rights education and conducted inquiries into alleged violations of human rights. 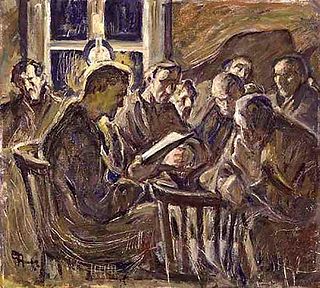 Freedom of peaceful assembly, sometimes used interchangeably with the freedom of association, is the individual right or ability of people to come together and collectively express, promote, pursue, and defend their collective or shared ideas. The right to freedom of association is recognized as a human right, a political right and a civil liberty. 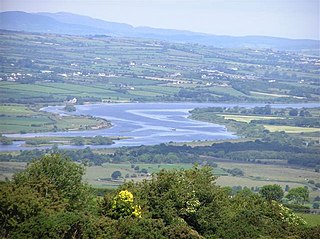 The River Foyle is a river in west Ulster in the northwest of the island of Ireland, which flows from the confluence of the rivers Finn and Mourne at the towns of Lifford in County Donegal, Republic of Ireland, and Strabane in County Tyrone, Northern Ireland. From here it flows to the city of Derry, where it discharges into Lough Foyle and, ultimately, the Atlantic Ocean. The total length of the River Foyle is 129 km (80 mi). The river separates part of County Donegal from parts of both County Londonderry and County Tyrone. The district of County Donegal that borders the western bank of the River Foyle is traditionally known as the Laggan. This district includes the villages of St. Johnston and Carrigans, both of which are nestled on the banks of the River.

A national human rights institution (NHRI) or national human rights commission (NHRC) is an independent institution bestowed with the responsibility to broadly protect, monitor and promote human rights in a given country. The growth of such bodies has been encouraged by the Office of the United Nations High Commissioner for Human Rights (OHCHR), which has provided advisory and support services, and facilitated access for NHRIs to the United Nations (UN) treaty bodies and other committees. There are over one hundred such institutions, about two-thirds assessed by peer review as compliant with the United Nations standards set out in the Paris Principles. Compliance with the Principles is the basis for accreditation at the UN, which, uniquely for NHRIs, is not conducted directly by a UN body but by a sub-committee of the Global Alliance of National Human Rights Institutions (GANHRI). The secretariat to the review process is provided by the National Institutions and Regional Mechanisms Section of the OHCHR.

The Northern Ireland Human Rights Commission (NIHRC) is a non-departmental public body funded through the Northern Ireland Office but operating independently of government as the national human rights institution (NHRI) for Northern Ireland. It came into existence on 1 March 1999, having been created by the Parliament of the United Kingdom through section 68 of the Northern Ireland Act 1998, in compliance with a commitment made by the UK Government in the Belfast Agreement of 10 April 1998. Its powers were amended by the Justice and Security Act 2007.

Maurice Manning is an Irish academic and former Fine Gael politician. Manning was a member of the Oireachtas for 21 years, serving in both the Dáil and the Seanad. Since August 2002 he has been President of the Irish Human Rights Commission. On 12 March 2009 he was elected Chancellor of the National University of Ireland, while remaining President of the Human Rights Commission.

The National Standards Authority of Ireland (NSAI) is the International Organization for Standardization (ISO) member body for the Republic of Ireland. The NSAI is also a member of the European Organisation for Technical Approvals. 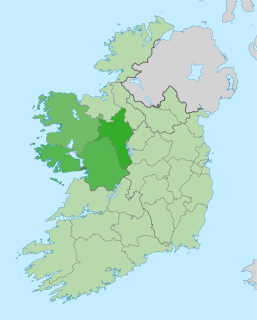 The West Region is a NUTS Level III statistical region of Ireland. It consists of the territory of Galway City, the regional capital, as well as the counties of Galway, Mayo and Roscommon. The West region spans 13,801 km² and has a population of 453,109.

The Scottish Human Rights Commission (SHRC) is the national human rights institution for Scotland. It was established by an Act of the Scottish Parliament and started its work in 2008. The Commission is independent of Government, and of the Scottish and Westminster Parliaments. It seeks to promote and protect the human rights of everyone in Scotland, working to increase awareness, recognition and respect for human rights, and make them more relevant and easier to apply in everyday life. The Commission aims to help everyone understand their rights and the shared responsibilities everyone has to each other and to their community.

The visa policy of Ireland is set by the Government of Ireland and determines visa requirements for foreign citizens. If someone other than a European Union, European Economic Area, Common Travel Area or Swiss citizen seeks entry to Ireland, they must be a national of a visa-exempt country or have a valid Irish visa issued by one of the Irish diplomatic missions around the world.

Interpretation Act is a stock short title used for legislation in Australia, Canada, Hong Kong, Malaysia, New Zealand, the Republic of Ireland, Singapore and the United Kingdom relating to interpretation of legislation. The Bill for an Act with this short title will have been known as the Interpretation Bill during its passage through Parliament.

An Education and Training Board (ETB) is one of sixteen statutory local education bodies that deliver a wide range of education services in the Republic of Ireland. ETBs manage a large number of secondary schools, further education colleges and training centres, multi-faith primary schools and adult education centres throughout the country. They deliver a growing number of apprenticeships and traineeships across the State. 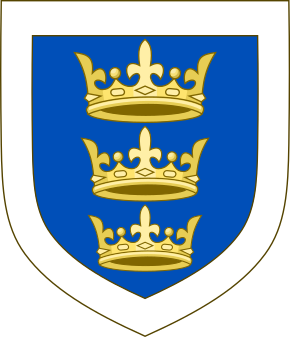 The False Imprisonment Act is an act passed by the Parliament of Ireland in 1410, during the reign of Henry IV as Lord of Ireland. The act covered false imprisonment.

The R204 road, also called the Ballinamore–Carrigallen Road, is a regional road in Ireland, located in County Leitrim.

The R477 road is a regional road in Ireland, located in coastal County Clare. It is a notable scenic route. 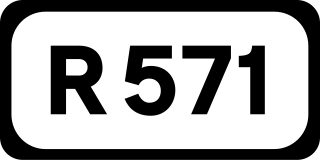 The R571 road is a regional road in Ireland, located in County Cork and County Kerry.

The R622 road is a regional road in Ireland, located in County Cork.

The R188 road is a regional road in Ireland, located in County Cavan and County Monaghan.

The Health (amendment) Bill 2004,[2005] IESC 7 was an Irish Supreme Court case where a bill containing amendments to The Health Act of 1970 was brought before the supreme court after issues arose as to whether the provisions of the Bill were constitutional. The Court found that the bill was unconstitutional. The court ruled that patients were entitled to recover unlawful charges that they had paid because a person's rights to recover property are protected by the constitution