Jack Douglas is an American record producer. He is best known for his work with various hard rock bands in the 1970s, notably producing three successful albums for Aerosmith. [1]

He was trained at the Institute of Audio Research and was a member of its first graduating class.

Starting out as a folk musician and performer, he worked on Robert F. Kennedy's 1964 senatorial campaign as a songwriter. Douglas then moved to England and joined a succession of bands before returning to New York to attend the Institute of Audio Research.

His first professional job was at the new recording studio, the Record Plant, not as producer or engineer, but as the janitor. Soon he was working at the recording desk, as a recording engineer, contributing to projects by Miles Davis, The James Gang, Alice Cooper, Cheap Trick, Montrose, Rough Cutt, Artful Dodger, Moxy, Flipp, and Mountain.

A chance encounter with a group member led Douglas to help engineer The Who's 1971 Record Plant sessions for the aborted Lifehouse project. Songs developed from these sessions were later included on Who's Next (1971). Douglas was then given the opportunity to engineer John Lennon's classic Imagine [2] album in 1971. Douglas and Lennon formed a close bond and worked together for the remainder of Lennon's life.

As a Record Plant staff engineer, Douglas also forged working relationships with Patti Smith, Blue Öyster Cult, the New York Dolls, Cheap Trick, Starz and most notably Aerosmith. It was during the recording of the New York Dolls' first album that Douglas was encouraged by producer Bob Ezrin to also consider becoming a record producer. [3]

The close relationship between Douglas and Aerosmith extended beyond producing and engineering, as Douglas was also a musical contributor to the group when they came up short of material on their projects. For example, Douglas helped write the band's 1978 hit "Kings and Queens". He was often given the nickname of "the sixth member" of Aerosmith, due to his close relationship with the band. Douglas was replaced as producer by the band for the 1979 release Night in the Ruts , but Douglas was to again work with the group on 1982's Rock in a Hard Place and several of Aerosmith guitarist Joe Perry's solo albums. For much of the late 1980s, 1990s, and early 2000s, Aerosmith worked with other producers, but in the mid-2000s, they re-united with Douglas on the 2004 blues cover album Honkin' on Bobo . Douglas also produced the band's album Music from Another Dimension!, in 2012, himself providing the narration on the album's opening track "LUV XXX", parodying the style of narration from The Outer Limits

In 1980, Douglas was working as producer with Lennon and Yoko Ono on their penultimate Double Fantasy album (for which he won a Grammy Award for Album of the Year). During the same sessions he worked on another Lennon/Ono album that was to be released later, Milk and Honey , but Lennon's murder cut that project short. An unfinished version of the album was released in 1984. Douglas was later involved in litigation with Ono over unpaid royalties from Double Fantasy.

Since then he has kept working as an engineer and producer, reuniting with Aerosmith for three more albums and producing albums for artists such as Supertramp, Zebra, Clutch, Local H, Slash's Snakepit and, in 2006, the return of the New York Dolls. [9]

Aerosmith is an American rock band formed in Boston in 1970. The group consists of Steven Tyler, Joe Perry, Tom Hamilton (bass), Joey Kramer (drums) and Brad Whitford (guitar). Their style, which is rooted in blues-based hard rock, has come to also incorporate elements of pop rock, heavy metal, and rhythm and blues, and has inspired many subsequent rock artists. They are sometimes referred to as "the Bad Boys from Boston" and "America's Greatest Rock and Roll Band". As a partnership, the primary songwriting team of Tyler and Perry is often collectively known as the "Toxic Twins". 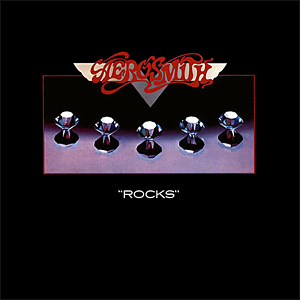 Rocks is the fourth studio album by American rock band Aerosmith, released in May 1976. AllMusic described Rocks as having "captured Aerosmith at their most raw and rocking." Rocks was ranked number 176 on Rolling Stone's list of the 500 Greatest Albums of All Time. It has greatly influenced many hard rock and heavy metal artists, including Guns N' Roses, Metallica, and Nirvana. The album was a commercial success, charting three singles on the Billboard Hot 100, two of which reached the Top 40. The album was one of the first to ship platinum when it was released, and has since gone quadruple platinum. 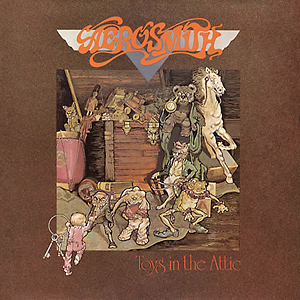 Toys in the Attic is the third studio album by American rock band Aerosmith, released in April 1975 by Columbia Records. Its first single, "Sweet Emotion," was released on May 19 and "Walk This Way" followed on August 28 in the same year. The album is the band's most commercially successful studio LP in the United States, with eight million copies sold, according to the RIAA. The album was ranked No. 229 on Rolling Stone's list of The 500 Greatest Albums of All Time. The album's title track and Run–D.M.C.'s version of "Walk This Way" are included on the Rock and Roll Hall of Fame list of the "500 Songs that Shaped Rock and Roll". 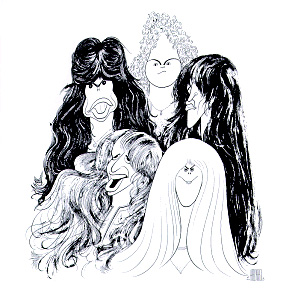 Draw the Line is the fifth studio album by American hard rock band Aerosmith, released in December 1977. It was recorded in an abandoned convent near New York City. The portrait of the band on the album cover was drawn by the celebrity caricaturist Al Hirschfeld. 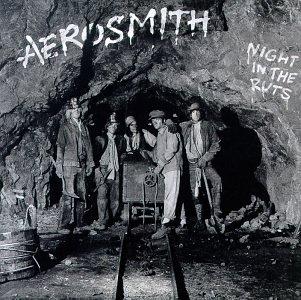 Night in the Ruts is the sixth studio album by American rock band Aerosmith, released in November 1979, by Columbia Records. Guitarist Joe Perry left the band midway through its recording. The album was initially produced at the band's Warehouse rehearsal space by Jack Douglas, who had produced Aerosmith's previous four albums, but later Columbia Records brought in Gary Lyons to replace Douglas as the producer. 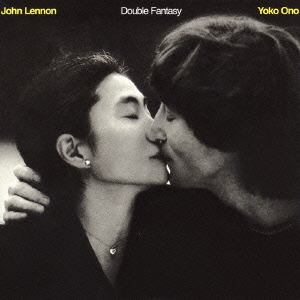 Double Fantasy is the fifth album by John Lennon and Yoko Ono, released in November 1980 on Geffen Records. Produced by Lennon, Ono and Jack Douglas, it was the seventh and final studio album released by Lennon during his lifetime. The album marked Lennon's return to recording music full-time, following his five-year hiatus to raise his son Sean. Recording sessions took place at The Hit Factory in New York City between August and October 1980. The final album features songs from both Lennon and Ono, largely alternating between the two in its track listing. Other tracks recorded by Lennon from the sessions were compiled by Ono for release on Milk and Honey in 1984. 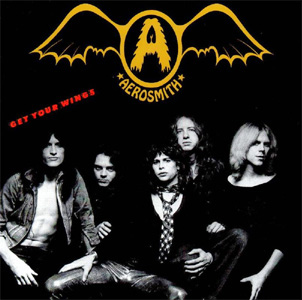 Get Your Wings is the second studio album by American rock band Aerosmith, released in March 1974. The album is their first to be produced by Jack Douglas, who also was responsible for the band's next four albums. Three singles were released from the album, but none of them reached the singles charts. 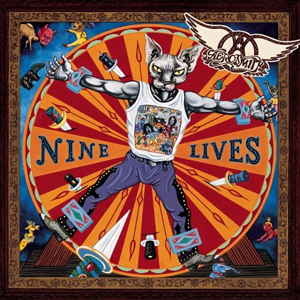 Nine Lives is the twelfth studio album by American rock band Aerosmith, released on March 18, 1997. The album was produced by Aerosmith and Kevin Shirley, and was the band's first studio album released by Columbia Records since 1982's Rock in a Hard Place. It peaked at number one on the Billboard 200. One of the album's singles, "Pink", won a Grammy Award for Best Rock Performance by a Duo or Group with Vocal. Until, Music from Another Dimension!, Nine Lives was their longest album, tied closely with their previous Get a Grip both having total track time of 62 minutes. 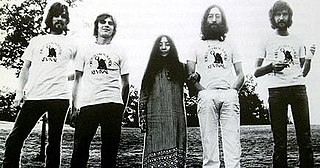 The Plastic Ono Band was a rock band formed by John Lennon and Yoko Ono in 1969 for their collaborative and solo projects.

Let the Music Do the Talking is the first of four albums by The Joe Perry Project, released in 1980. It was the band's most successful, selling approximately 250,000 copies in the United States. The title track was re-recorded by Joe Perry's more successful band Aerosmith on its album Done With Mirrors, albeit with a slightly different melody and Steven Tyler-penned lyrics. 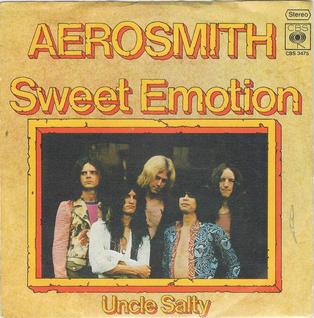 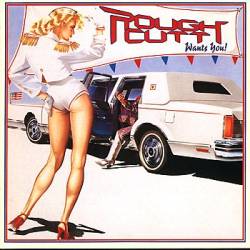 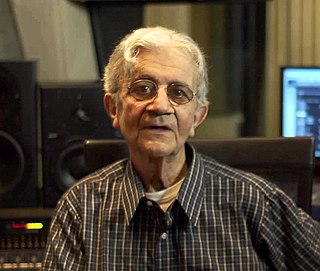 "You See Me Crying" is a power ballad by American hard rock band Aerosmith. It was released in 1975 as the last track on the band's breakthrough album Toys in the Attic. A shorter mix of the song was released as the third single from the album in November 1975, but failed to chart. Consequently, the original single is rather rare. 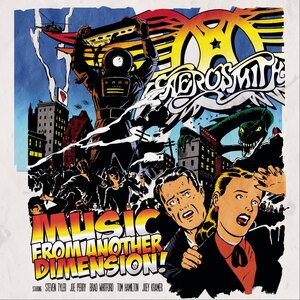 George Marino was an American mastering engineer known for working on albums by rock bands starting in the late 1960s.

Brian Vibberts, a native of Portland, Connecticut, is an audio engineer who has been active since 1991. He is a 6-time Grammy Award winner, and has participated in the making of numerous albums that have resulted in Grammy Award nominations and winners. Also known by the nickname, "Dr Vibb," he has creatively recorded or mixed many multi-platinum artists in many genres, including Michael Jackson, Aerosmith, The Pussycat Dolls, Bon Jovi, Natasha Bedingfield, Green Day, Trace Adkins, Faith Hill, Toby Keith, Ice Cube, Boyz II Men, Elton John, Eric Clapton, Chick Corea, Brad Paisley, Ringo Starr, Mariah Carey and Tony Bennett.