The term 'jazz dance' has been used in ways that have little or nothing to do with jazz music. Since the 1940s, Hollywood movies and Broadway shows have used the term to describe the choreographies of Bob Fosse and Jerome Robbins. In the 1990s, colleges and universities applied to the term to classes offered by physical education departments in which students dance to various forms of pop music, rarely jazz. [2]

Jazz dance is a social dance style that emerged at the turn of the 20th century when African American dancers began blending traditional African steps with European styles of movement. Though Jazz dance was born through intimate religious and social gatherings, it has always had a performative feel. And like Jazz music, Jazz dance was centered around improvisation and a call and response format that allowed dancers to create a conversation between the musicians, the instruments, and their bodies. When Black dancers began pairing these eye-catching steps with the more structured movements seen in European dances, iconic moves like the Charleston and the Cakewalk were born. [3]

In 1917, jazz pianist Spencer Williams wrote a song called "Shim-Me-Sha-Wabble" which inspired a jazz dance called the shimmy. The shimmy is done by holding the body still "except for the shoulders, which are quickly alternated back and forth". The dances that emerged during this period were the Charleston and the Lindy hop.The Charleston is "characterized by its toes-in, heels-out twisting steps". [4] It can be done as a solo or with any number of people.

The Lindy hop was a wild and spontaneous partner dance that was extremely rhythmically conscious. When the Great Depression began in October 1929, many people turned to dance. Because of this, the Aubrielle and the Lindy hop are now considered to be under the umbrella term "swing dance stylized, continuously flowing movements that developed the technique and style for the combinations that followed". [1] Cole's style has been called hip, hard, and cool". [5] Fosse combined "vaudeville, striptease, magic shows, nightclubs, film and Broadway musicals". [6]

Contemporary jazz became well known because of its television shows unlike So You Think You Can Dance . Mia Michaels's earlier work exemplifies this style. Some other companies and choreographers that create contemporary jazz dance are Sonya Tayeh, Mandy Moore, and Hubbard Street Dance Chicago. Commercial jazz, which has been popular since the 1980s, combines aspects of hip hop and jazz and is often done to pop music. This style can be seen in the music videos of Janet Jackson and Paula Abdul. Commercial jazz often includes more "tricks." Commercial jazz and contemporary jazz are both seen at dance competitions. Another variety of jazz is Latin jazz. "Maria Torres developed and popularized the fusion at Broadway Dance Center". [7] Latin jazz has an emphasis on the movement of hips and isolations. It can be seen in the films El Cantante and Dance with Me, as well as on TV dance shows. 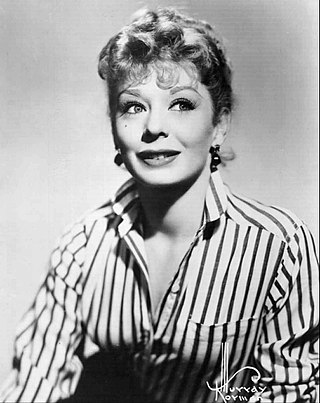 Gwyneth Evelyn "Gwen" Verdon was an American actress and dancer. She won four Tony Awards for her musical comedy performances, and served as an uncredited choreographer's assistant and specialty dance coach for theater and film. Verdon was a critically acclaimed performer on Broadway in the 1950s, 1960s, and 1970s, having originated many roles in musicals, including Lola in Damn Yankees, the title character in Sweet Charity and Roxie Hart in Chicago. She is also strongly identified with her second husband, director-choreographer Bob Fosse, remembered as the dancer-collaborator-muse for whom he choreographed much of his work and as the guardian of his legacy after his death.

Tap dance is a form of dance characterized by using the sounds of tap shoes striking the floor as a form of percussion. Two major variations on tap dance exist: rhythm (jazz) tap and Broadway tap. Broadway tap focuses on dance; it is widely performed in musical theater. Rhythm tap focuses on musicality, and practitioners consider themselves to be a part of the jazz tradition.

The Charleston is a dance named after the harbor city of Charleston, South Carolina. The rhythm was popularized in mainstream dance music in the United States by a 1923 tune called "The Charleston" by composer/pianist James P. Johnson, which originated in the Broadway show Runnin' Wild and became one of the most popular hits of the decade. Runnin' Wild ran from October 28, 1923, through June 28, 1924. The peak year for the Charleston as a dance by the public was mid-1926 to 1927. 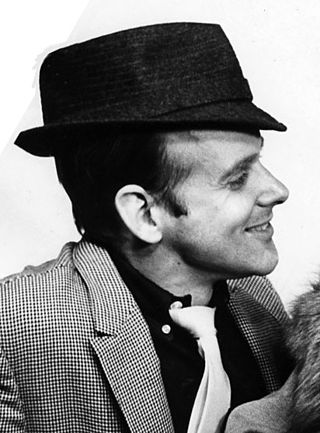 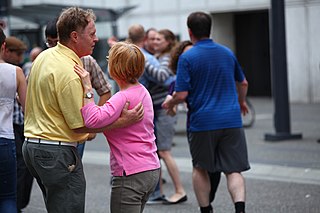 Swing dance is a group of social dances that developed with the swing style of jazz music in the 1920s–1940s, with the origins of each dance predating the popular "swing era". Hundreds of styles of swing dancing were developed; those that have survived beyond that era include Lindy Hop, Balboa, Collegiate Shag, and Charleston. Today, the best-known of these dances is the Lindy Hop, which originated in Harlem in the early 1930s. While the majority of swing dances began in African-American communities as vernacular African-American dances, some influenced swing-era dances, like Balboa, developed outside of these communities.

Choreography is the art or practice of designing sequences of movements of physical bodies in which motion or form or both are specified. Choreography may also refer to the design itself. A choreographer is one who creates choreographies by practising the art of choreography, a process known as choreographing. It most commonly refers to dance choreography.

The Frug was a dance craze from the mid-1960s, which included vigorous dance to pop music. It evolved from another dance of the era, the Chicken. The Chicken, which featured lateral body movements, was used primarily as a change of pace step while doing the Twist. As young dancers grew more tired they would do less work, moving only their hips while standing in place. They then started making up arm movements for the dance, which prompted the birth of the Swim, the Monkey, the Dog, the Watusi, the Mashed Potato, and the Jerk. The Frug is sometimes referred to as the Surf, Big Bea, and the Thunderbird.

There is great variety in dance in the United States of America. It is the home of the hip hop dance, salsa, swing, tap dance and its derivative Rock and Roll, and modern square dance and one of the major centers for modern dance. There is a variety of social dance and concert or performance dance forms with also a range of traditions of Native American dances. 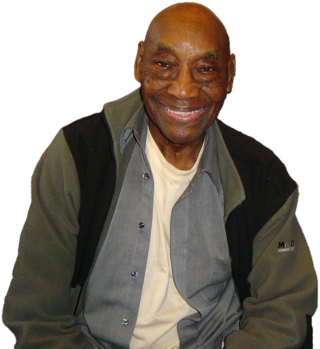 Frank Manning was an American dancer, instructor, and choreographer. Manning is considered one of the founders of Lindy Hop, an energetic form of the jazz dance style known as swing.

Blues dancing is a family of historical dances that developed alongside and were danced to blues music, or the contemporary dances that are danced in that aesthetic. It has its roots in African-American dance, which itself is rooted in sub-Saharan African music traditions and the historical dances brought to the United States by European immigrants. 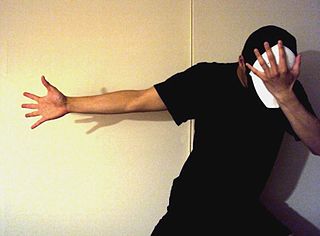 Jazz hands in performance dance is the extension of a performer's hands with palms toward the audience and fingers splayed. This position is also referred to as webbing. It is commonly associated with especially exuberant types of performance such as musicals, cheerleading, show choir, revue, and especially jazz dance shows. In cheerleading, the position with arms outstretched and fingers wiggling up and down is sometimes referred to as spirit fingers or jazz fingers. Depending on the performance venue, both gestures can be associated with campiness. 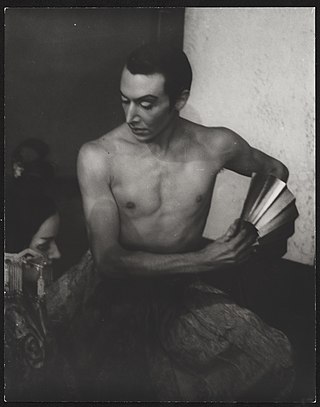 Jack Cole was an American dancer, choreographer, and theatre director known as "the Father of Theatrical Jazz Dance".

African-American dance has developed within African-American communities in everyday spaces, rather than in studios, schools, or companies. These dances are usually centered on folk and social dance practice, though performance dance often supplies complementary aspects to this. Placing great value on improvisation, these dances are characterized by ongoing change and development. There are a number of notable African-American modern dance companies using African-American cultural dance as an inspiration, among these are the Whitey's Lindy Hoppers, Alvin Ailey American Dance Theater, Dance Theatre of Harlem,and Katherine Dunham Company. Hollywood and Broadway have also provided opportunities for African-American artists to share their work and for the public to support them.

Gus Giordano, born August Thomas Giordano III, was an American jazz dancer, teacher, and choreographer. He performed on Broadway and in theater and television. Giordano taught jazz dance to thousands around the world. He founded the Gus Giordano Dance School in 1953, Gus Giordano Jazz Dance Chicago in 1963, created the First American Jazz Dance World Congress in 1990 and is the author of Anthology of American Jazz Dance (1975). He taught at institutions around the world including American Ballet Theatre, The American University of Paris, Duke University, Joffrey Ballet, New York University, and hundreds more. Also choreographing award-winning shows for television, film, stage, commercials, and industrials. Giordano is one of the founders of theatrical or Broadway jazz dance styles, not to be confused with African American vernacular jazz styles that he drew upon.

Desmond Richardson is an American dancer, co-founder, and co-artistic director of Complexions Contemporary Ballet. He has mastered a wide range of dance forms including hip hop, classical, modern, classical ballet, and contemporary ballet.

The American Dance Machine was a theatrical dance company created by Lee Theodore, which played on Broadway at the Century Theatre, opening Jun 14, 1978 and in total running 199 performances. It was duplicated with a second cast for the American Dance Festival at Duke University in 1978. The show was a "Living Archive" of Broadway theatre dance; great theatre dances saved from oblivion. Films were made of the performances to preserve original Broadway choreography and can be found at the Lincoln Center Library of the Performing Arts in New York City. Broadway legend Gwen Verdon appeared a film version of the show in 1981 for Showtime. Choreographers included: Agnes De Mille, Jack Cole, Joe Layton, Michael Kidd, Ron Field, Bob Fosse, Onna White and Peter Gennaro. Featured dancers and guest artists included Janet Eilber, Carol Estey, Harold Cromer, Liza Gennaro, Patti Mariano, Nancy Chismar and Donald Young. 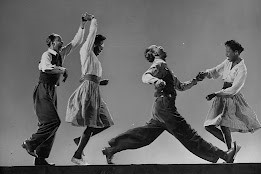 The Lindy Hop is an American dance which was born in the Black communities of Harlem, New York City, in 1928 and has evolved since then. It was very popular during the swing era of the late 1930s and early 1940s. Lindy is a fusion of many dances that preceded it or were popular during its development but is mainly based on jazz, tap, breakaway, and Charleston. It is frequently described as a jazz dance and is a member of the swing dance family.

Ryan Francois is a swing dancer, choreographer and actor, who played a central part of the revival of the Lindy Hop . Specialising in dances related to the Jazz & Swing era - including the Lindy Hop, Charleston, Tap and Authentic Vernacular Jazz, Ryan has over 30 years dance experience.