The Jinnah's People's Memorial Hall, is located inside the compound of the Indian National Congress building near Lamington Road, in Mumbai, India. 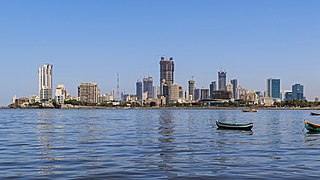 The Hall was built to commemorate the mass demonstration that Jinnah and his wife led against the arrogant colonial governor of Bombay, Lord Willingdon. The hall was built in 1918, inside the compound of old Congress House, nowadays is known as P.J. Hall. 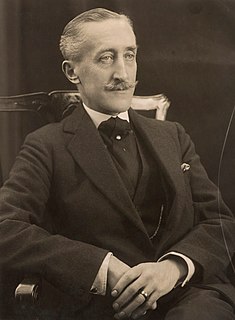 Major Freeman Freeman-Thomas, 1st Marquess of Willingdon, was a British Liberal politician and administrator who served as Governor General of Canada, the 13th since Canadian Confederation, and as Viceroy and Governor-General of India, the country's 22nd.

Sarojini Naidu was an Indian independence activist and poet who earned the sobriquet of Nightingale of India. She was born in a Bengali Hindu family at Hyderabad and was educated in Chennai, London and Cambridge. She married Dr. Govindarajulu Naidu and settled down in Hyderabad. She took part in the Indian nationalist movement, became a follower of Mahatma Gandhi and fought for the attainment of Swaraj or independence. She became the President of Indian National Congress and was later appointed as Governor of the United Provinces, now Uttar Pradesh. She was the first woman Governor of the Republic of India. Known as the 'Nightingale of India', she was also a noted poet. Her poetry includes children's poems, nature poems, patriotic poems and poems of love and death. She also wrote poetry in praise of Muslim figures like Imam Hussain, in a time where Muslim-Hindu tensions ran high in pre-independence era. Issues regarding the split of India into a Muslim country and a Hindu country have already begun, and as she had gotten an inter-caste and inter-regional marriage in a time where this was uncommon, her goal was to bring all of India together regardless of religion.

Rattanbai "Ruttie" Jinnah, was the second wife of Muhammad Ali Jinnah—an important figure in the creation of Pakistan and the country's founder. The couple's only daughter and child was Dina Wadia, who died in 2017.

Nawabzada Liaquat Ali Khan, widely known as Quaid-e-Millat and Shaheed-e-Millat, was one of the leading founding fathers of Pakistan, statesman, lawyer, and political theorist who became and served as the first Prime Minister of Pakistan; in addition, he also held cabinet portfolio as the first foreign, defence, and the frontier regions minister from 1947 until his assassination in 1951. Prior to his assassination, Khan briefly tenured as the first finance minister in the interim government led by its Governor General Mountbatten. 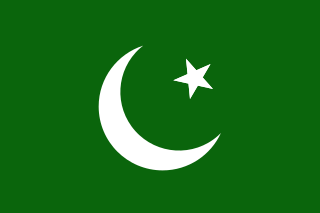 The All-India Muslim League was a political party established in 1906 in the British Indian Empire. Its strong advocacy for the establishment of a separate Muslim-majority nation-state, Pakistan, successfully led to the partition of British India in 1947 by the British Empire. 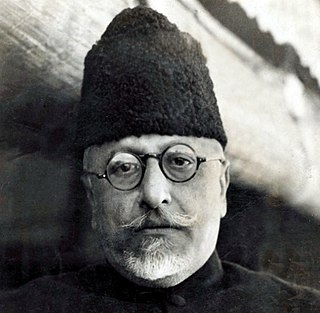 Maulana Sayyid Abul Kalam Ghulam Muhiyuddin Ahmed bin Khairuddin Al-Hussaini Azad pronunciation (help·info) was an Indian scholar, activist and a senior leader of the Indian National Congress during the Indian independence movement. Following India's independence, he became the First Minister of Education in the Indian government Minister of Human Resource Development. He is commonly remembered as Maulana Azad; the word Maulana is an honorific meaning 'Our Master', and he had adopted Azad (Free) as his pen name. His contribution to establishing the education foundation in India is recognised by celebrating his birthday as "National Education Day" across India. 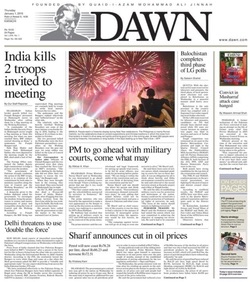 Dawn is Pakistan's oldest, leading and most widely read English-language newspaper and is the country's newspaper of record. It is one of the country's three largest English-language dailies and the flagship of the Dawn Group of Newspapers. DAWN is published by Pakistan Herald Publications, which also owns the magazine Herald, the information technology magazine Spider, and the advertising marketing and media magazine Aurora.

The Pakistan Movement or Tehrik-e-Pakistan was a religious political movement in the 1940s that aimed for and succeeded in the creation of Pakistan from the Muslim-majority areas of the British Indian Empire. 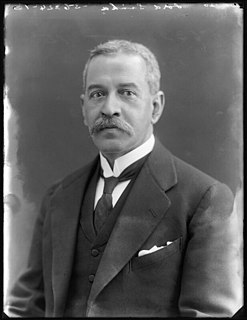 Dina Wadia was the daughter and only child of the founder of Pakistan, Muhammad Ali Jinnah, and his wife, Rattanbai Petit. Her mother was a member of two of elite families of Bombay — the Petits and the Tata family. In 1938, she married industrialist Neville Wadia, a member of the prominent Wadia family, and had two children–that includes the businessman Nusli Wadia. However, the marriage did not last long, and she separated from Wadia in 1943; the couple never formally divorced because divorce was illegal in India at the time.

South Court is an unoccupied house in Malabar Hill, a premium neighbourhood of the city of Mumbai in India. It is known informally as "Jinnah House", as it was built by Mohammad Ali Jinnah, the founder of Pakistan, and remained his main residence for 10 years until he left in 1946 for Karachi following the Partition of India.

Wazir Mansion known officially as Quaid-i-Azam Birthplace Museum is a former family home in the Kharadar district of Karachi, Sindh, Pakistan which is considered the birthplace of the country's founder, Muhammad Ali Jinnah.

The Cripps Mission was a failed attempt in late March 1942 by the British government to secure full Indian cooperation and support for their efforts in World War II. The mission was headed by a senior minister Sir Stafford Cripps, Lord Privy Seal and leader of the House of Commons. Cripps belonged to the left-wing Labour Party, traditionally sympathetic to Indian self-rule, but was also a member of the coalition War Cabinet led by the Prime Minister Winston Churchill, who had long been the leader of the movement to block Indian independence.

Secular and Nationalist Jinnah is a book about Muhammed Ali Jinnah written by Ajeet Javed of JNU Delhi, India. 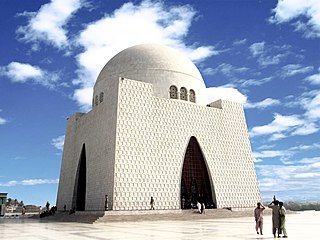 Mazar-e-Quaid, also known as the Jinnah Mausoleum or the National Mausoleum, is the final resting place of Quaid-e-Azam Muhammad Ali Jinnah, the founder of Pakistan. Designed in a 1960s modernist style, the mausoleum also contains the tomb of his sister, Māder-e Millat Fatima Jinnah, and that of Liaquat Ali Khan, the first Prime Minister of Pakistan.

The Cabinet Mission of 1946 came to India aimed to discuss the transfer of power from the British government to the Indian leadership, with the aim of preserving India's unity and granting it independence. Formulated at the initiative of Clement Attlee, the Prime Minister of the United Kingdom, the mission had Lord Pethick-Lawrence, the Secretary of State for India, Sir Stafford Cripps, President of the Board of Trade, and A. V. Alexander, the First Lord of the Admiralty. Lord Wavell, the Viceroy of India, did not participate in every .step but was present.it was divided into three groups A,B,C clusters.

The Fourteen Points of Jinnah were proposed by Muhammad Ali Jinnah as a constitutional reform plan to safeguard the political rights of Muslims in a self-governing India.In 1929,an All Parties Conference was convened to solve the constitutional problems of India.A committee was set up under Moti Lal Nehru.That committee prepared a report which is known as "Nehru Report".This report demanded "Dominion Status" for India.Separate electorates were refused and the reservation of seats for the Muslims of Bengal and Punjab was rejected.In this report,not a single demand of the Muslims was upheld. Since Nehru Report was the last word from Hindus therefore Mr.Jinnah was authorized to draft in concise term the basis of any future constitution that was to be devised for India Jinnah's aim was to get rights for Muslims. He therefore gave his 14 points. These points covered all of the interests of the Muslims at a heated time and in this Jinnah stated that it was the "parting of ways" and that he did not want and would not have anything to do with the Indian National Congress in the future. The League leaders motivated Jinnah to revive the Muslim League and give it direction. As a result, these points became the demands of the Muslims and greatly influenced the Muslims' thinking for the next two decades till the establishment of Pakistan in 1947. 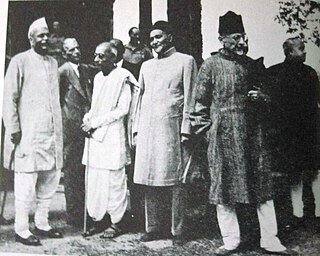 The Simla Conference 1945 was a meeting between the Viceroy and the major political leaders of British India at Simla, India. Convened to agree on and approve the Wavell Plan for Indian self-government, and there it reached a potential agreement for the self-rule of India that provided separate representation for Muslims and reduced majority powers for both communities in their majority regions.

The Quaid-e-Azam House, also known as "Flagstaff House", is a museum dedicated to the personal life of Quaid-i-Azam Mohammad Ali Jinnah, the founder of Pakistan. Located in Karachi, Sindh, Pakistan, it is the former home of Jinnah, who lived there from 1944 until his death in 1948. His sister, Fatima Jinnah lived there until 1964. It was bought by Quaid e Azam in 1943 at the cost of one lac fifteen thousand rupees from its previous owner. The building was later acquired in 1985 by the Pakistani government and conserved as a museum. 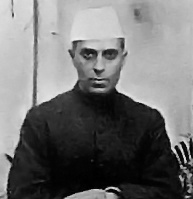 Muhammad Ali Jinnah was a lawyer, politician and the founder of Pakistan. Jinnah served as the leader of the All-India Muslim League from 1913 until Pakistan's independence on 14 August 1947, and then as Pakistan's first Governor-General until his death. He is revered in Pakistan as Quaid-i-Azam and Baba-i-Qaum, "Father of the Nation"). His birthday is considered a national holiday in Pakistan.