After touring the United States with a British stage production, Richings moved to Toronto, Ontario, Canada in 1984.[ citation needed ] Within five years, he had become a regular on the second season of the War of the Worlds TV series. In the 1996 film Hard Core Logo , he played the bitter, aging, punk rock legend Bucky Haight. He appeared in the iconic opening of the 1997 film Cube . [4] In 1999, he appeared in the science fiction film Thrill Seekers .

In 2000, he appeared as Bellanger in The Claim , and earned a Genie Award nomination for best supporting actor. He was a member of the repertory cast of the A&E TV original series A Nero Wolfe Mystery (2001–02). He played the role of Death in The CW's show Supernatural, beginning in its fifth season, and appearing again in sixth, seventh, ninth, and tenth seasons. He was also Death in the short film Dave v. Death (2011). [5]

Richings performed in heavy makeup as Three Finger in Wrong Turn (2003), and nearly-blind security guard Otto in Stephen King's 2004 miniseries Kingdom Hospital . [6] Dramatic roles include stagehand Mr. Turnbull in the 2004 film Being Julia . [4] He appeared as Orr, a cruel loan shark in the 2004 Canadian film The Last Casino . In 2006, he appeared in a brief speaking role as the Mutant Theatre Organiser in X-Men: The Last Stand , and played a vampire killer alongside in the direct-to-DVD horror film The Last Sect.

In 2007, Richings played a driver in the film Shoot 'Em Up , [4] a dissipated and aging punk rocker in The Third Eye, transvestite psychologist Dr. Heker in The Tracey Fragments , and a number of small roles in other films, including Skinwalkers and Saw IV . [4] He appeared in the 2008 film The Timekeeper. Richings continues to be active in short films and television series, mostly in Canada. He was presented with two Dora Awards in the late 1980s, and continues[ when? ] to perform professionally in the Toronto area with a number of theatre groups.[ citation needed ]

In 2008, Richings was nominated for another Dora Award for his performance in The Palace of the End. He said that he had a part in the 2013 Superman film Man of Steel . [4] When told about a campaign to see him become the next Doctor in Doctor Who , one of his favorite childhood TV shows, he said he was flattered by the idea. [7] In 2014, he starred in the science fiction film Ejecta. [8] In 2015, he appeared in the horror film The Witch and the drama film Reign. [9] 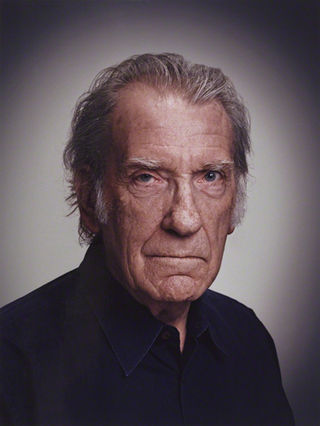 David Hattersley Warner was an English actor who worked in film, television and theatre. He attended the Royal Academy of Dramatic Art; after making his stage debut in 1962 he joined the Royal Shakespeare Company (RSC), with whom he played Henry VI in The Wars of the Roses cycle at the West End's Aldwych Theatre in 1964. The RSC then cast him as Prince Hamlet in Peter Hall's 1965 production of Hamlet. He attained prominence on screen in 1966 through his lead performance in the Karel Reisz film Morgan: A Suitable Case for Treatment, for which he was nominated for the BAFTA Award for Best Actor in a Leading Role. 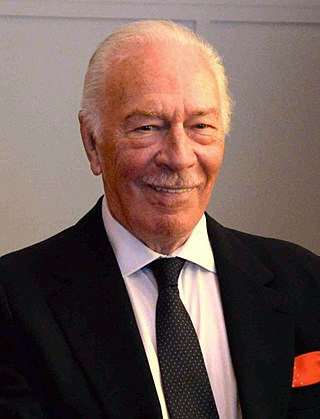 Arthur Christopher Orme Plummer was a Canadian actor. His career spanned seven decades, gaining him recognition for his performances in film, stage, and television. He received multiple accolades, including an Academy Award, two Tony Awards, two Primetime Emmy Awards and a Grammy Award nomination―making him the only Canadian recipient of the "Triple Crown of Acting" to also acquire a Grammy nomination. He made his Broadway debut in 1954 and continued to act in leading roles on stage, playing Cyrano de Bergerac in Cyrano (1974), Iago in Othello, as well as playing the titular roles in Hamlet at Elsinore (1964), Macbeth, King Lear, and Barrymore. Plummer performed in stage productions, including J.B., No Man's Land, and Inherit the Wind. 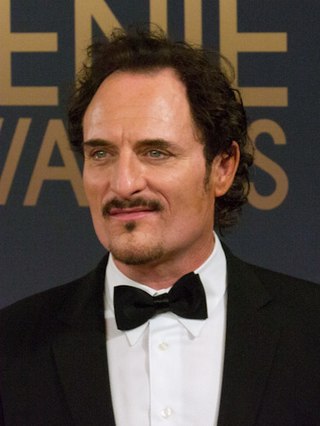 Kim F. Coates is a Canadian–American actor who has worked in both Canadian and American films and television series. He has worked on Broadway portraying Stanley Kowalski in A Streetcar Named Desire and in the lead role of Macbeth performed at the Stratford Shakespeare Festival. He is best known for his role as Alexander "Tig" Trager in the FX series Sons of Anarchy and as Declan Gardiner in the Citytv series Bad Blood, as well as his recurring roles in Prison Break, Cold Case, CSI and CSI: Miami. He has also had film roles in The Last Boy Scout (1991), Bad Boys (1995), King of Sorrow (2006), Goon (2011). 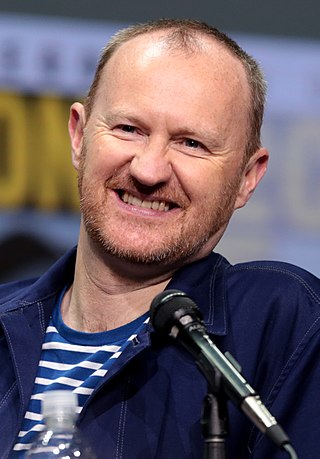 Mark Gatiss is an English actor, comedian, screenwriter, director, producer and novelist. His work includes writing for and acting in the television series Doctor Who, Sherlock, Game of Thrones and Dracula. Together with Reece Shearsmith, Steve Pemberton and Jeremy Dyson, he is a member of the comedy team The League of Gentlemen. 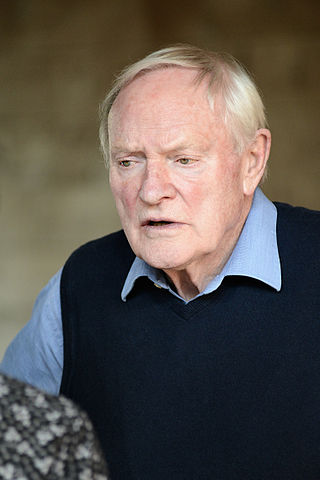 Julian Wyatt Glover is an English classical actor with many stage, television, and film roles since commencing his career in the 1950s. He is a recipient of the Laurence Olivier Award and has performed many times for the Royal Shakespeare Company.

Paul McGillion is a Scottish actor, who has worked in television, film and theatre. He is best known for his role on the television series Stargate Atlantis as Dr. Carson Beckett. 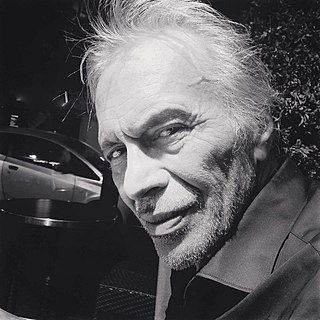 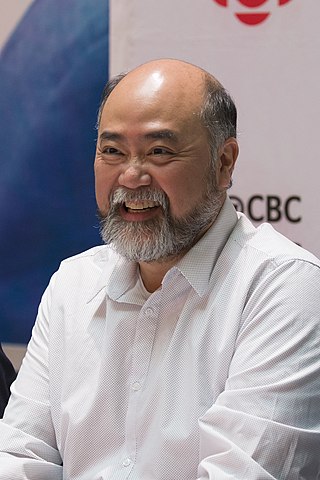 Paul Sun-Hyung Lee is a Korean-Canadian actor and television host. He is best known for his roles as Randy Ko in the soap opera Train 48 (2003–2005) and as family patriarch Appa in the play Kim's Convenience (2011) and its television adaptation (2016–2021).

Kristopher Turner is a Canadian actor. He is best known for his role as Dr. Gavin Murphy on the medical drama series Saving Hope, and as Jamie Andrews on the CTV teen drama Instant Star.

Richard Charles Roberts is a Canadian actor. He is known for his work in various films and television. 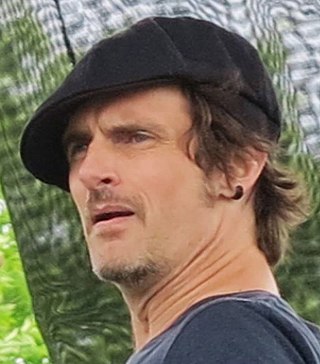 Scott McCord is a Canadian actor. He is known for his versatility and character work in film, television, animation and on stage. He is a Lifetime Member of The Actors Studio. On television he has appeared in series regular, recurring and guest starring roles. He plays the mysterious Victor in the MGM/Epix original science fiction horror series From from the executive producers of Lost. Other television appearances include The Sinner, FBI, Jupiter's Legacy, and Lost Girl. He played researcher James Joy on the Canadian investigative journalism drama series The Eleventh Hour from 2002 to 2005. He has appeared in standout character roles in the studio films 16 Blocks, Shoot 'Em Up, and supporting roles in independent films East of Middle West, Blood Honey and the animated features The Nut Job and Charlotte. He has worked in theatre most of his career in New York and Toronto, garnering a Dora Mavor Moore Award Best Actor nomination in 2002 for The Qualities of Zero. 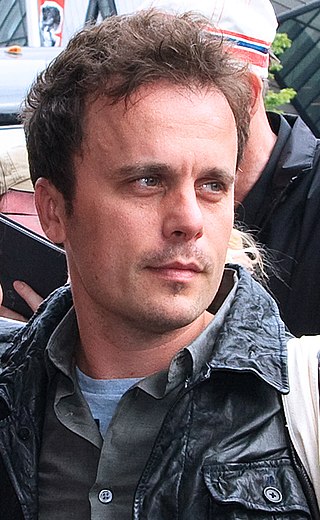 Joris Jarsky is a Canadian stage, film, and television actor who has received recognition for being a versatile actor. Jarsky is a graduate of the National Theatre School of Canada. Upon graduation, Jarsky was cast in Tarragon Theatre’s Production of “The Awakening” for which he was nominated for a Dora Award. Since then he has acted in over 70 film and television productions and worked across the globe. His films have played at festivals all over the world including the opening night of the Cannes Film Festival. In 2009 Jarsky had 3 films in the Toronto International Film Festival, one of which, “Toronto Stories”, garnered him an ACTRA Award nomination. He has starred alongside Mark Ruffalo in “Blindness”, Edward Norton in “The Incredible Hulk”, Catherine Deneuve “Nearest To Heaven”, Lauren Bacall ” The Limit” and Ryan Reynolds in “FoolProof” to name a few. He created, wrote, produced, and starred in the pilot “The Joseph Michael Joseph Show” which was picked up by 11Television Entertainment, a division of 3Arts Entertainment. In 2016 Jarsky was nominated for a Canadian Screen Award for his performance in the Incendo film, “First Response”. He has appeared as major recurring characters in the series “Wynona Earp” and “The Art of More”, starred alongside Kim Coates in the hit mini series “Bad Blood”, and guest starred on “The Good Doctor." Jarsky recently starred in “Ordinary Days” and “Birdland”, two films that drew high praise on the festival circuit across North America. Current projects include guest star spots in CBC’s “Murdoch Mysteries” and CTV’s “Carter,” as well as the recurring role of ‘Basil Tate’ in the new Netflix’s sci-fi drama, “October Faction."

Gemma Chan is an English actress. Born and raised in London, Chan attended the Newstead Wood School for Girls and studied law at Worcester College, Oxford before choosing to pursue a career in acting instead, enrolling at the Drama Centre London. Chan was subsequently cast in various supporting roles on television, including Doctor Who, Sherlock, Secret Diary of a Call Girl, Fresh Meat, Bedlam and True Love. She appeared in independent films Exam (2009), Submarine (2010) and Belles Familles (2015). Chan performed in the British premiere of Yellow Face at The Park Theatre and Our Ajax at the Southwark Playhouse.

Kaniehtiio Alexandra Jessie Horn, sometimes credited to as Tiio Horn, is a Canadian actress. She was nominated for a Gemini Award for her role in the television film Moccasin Flats: Redemption and she has appeared in the films The Trotsky, Leslie, My Name Is Evil, and The Wild Hunt, as well as the streaming television horror series Hemlock Grove and the sitcoms 18 to Life and Letterkenny.

Tony Burgess is a Canadian novelist and screenwriter. His most notable works include the 1998 novel Pontypool Changes Everything and the screenplay for the film adaptation of that same novel, Pontypool.

Dan Chameroy is a Canadian actor. 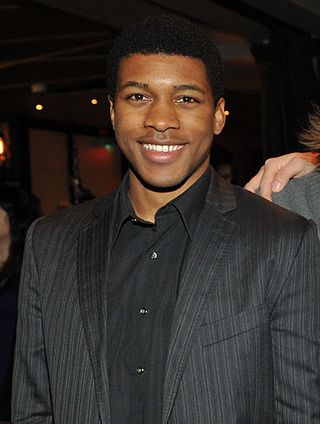 Eli Goree is a Canadian actor. He is best known for his roles as Quincy in HBO's Ballers, Malik in Da Kink in My Hair (2007–2009), Wells Jaha in the post-apocalyptic drama show The 100 (2014–2017), Joel Goodson in the supernatural horror show Dead of Summer, and Cassius Clay in Regina King's biographical drama film One Night in Miami... (2020). In 2018, he started a recurring role on the CW's TV series Riverdale, where he plays Munroe "Mad Dog" Moore.