L.A. Doctors is an American medical drama television series set in a Los Angeles primary care practice. It ran on CBS from September 21, 1998 to May 10, 1999. It replaced Brooklyn South after its cancellation in May 1998. [1]

Four Los Angeles doctors run a practice in this drama that focuses as much on the problems in the American medical system as it does on the patients.

The series was scheduled opposite ABC's Monday Night Football and NBC's Dateline Monday , and struggled in the ratings, leading up to the show's cancellation in May 1999 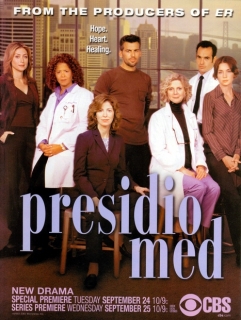 The Street is an American drama television series that aired on Fox from November 1 to December 13, 2000. It was created by Jeff Rake and Darren Star. Only 12 episodes were produced, and the series was pulled from U.S. airwaves after seven episodes aired. All 12 episodes aired overseas. 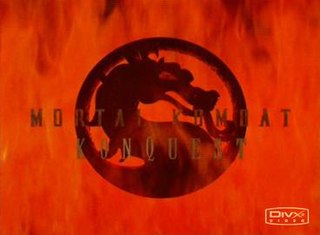 Mortal Kombat: Conquest is an American martial arts television series based on the Mortal Kombat fighting game series, which aired for one season, from 1998 to 1999. Set prior to the events of the first game, the series follows the original Kung Lao as he protects Earthrealm with the help of warriors Siro a former bodyguard and Taja a former thief. Their mission to prepare for the next tournament all the while defending their realm from threats from within Earthrealm and Outworld. 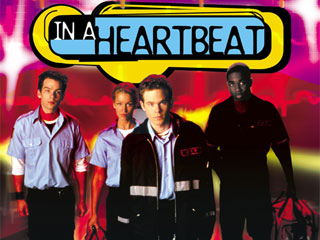 In a Heartbeat is a Canadian-American television series inspired by real life EMT squads whose staff consists of high school students in Darien, Connecticut. The series follows the lives of several teenagers who volunteer as part-time EMTs while going to school and trying to maintain their lives as normal teenagers. In Canada, the series was aired on Family Channel while in the United States it was aired on the Disney Channel. The series is fact-based, as there are teenage volunteer EMTs in service all across the United States.

It's Like, You Know... is an American sitcom television series broadcast by ABC. It starred Steven Eckholdt, Chris Eigeman, Evan Handler, A. J. Langer, and Jennifer Grey, and depicted life in Los Angeles as viewed through the eyes of Eigeman's character, a diehard New Yorker named Arthur Garment. The series aired for two seasons, from March 24, 1999, until January 5, 2000.

The Net is an American drama series based on the 1995 film of the same name. The series starred Brooke Langton as Angela Bennett, the character Sandra Bullock played in the film. Produced in Vancouver, British Columbia, Canada, the series originally aired for one season on the USA Network from July 18, 1998 until canceled on March 27, 1999. 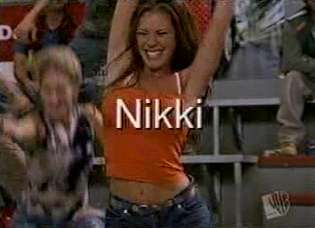 Nikki is an American sitcom television series that aired on The WB from October 9, 2000, to January 27, 2002. Nikki was a starring vehicle for Nikki Cox, who had previously starred in another WB sitcom, Unhappily Ever After, which ran for five seasons. Looking to capitalize on Cox's popularity, Bruce Helford created a sitcom that featured her as the title character.

Breaking News is an American drama television series about the fictional Milwaukee-based 24-hour cable news television network I-24, with the motto 'Around the Clock, Around the World'. The series premiered July 17, 2002, on Bravo.

Guys Like Us is an American sitcom created by Dan Schneider for the UPN channel. It was Schneider's first creator credit. The series aired from October 5, 1998 to January 18, 1999, and it starred Bumper Robinson, Maestro Harrell, and Chris Hardwick.

As If is an American comedy-drama adapted from the British television series of the same name which aired on UPN for two weeks, on March 5 and 12, 2002. It served as a midseason replacement for Roswell and aired on Tuesdays on UPN after Buffy the Vampire Slayer. The cast included Emily Corrie, who portrayed Sooz in the original UK version.

Rescue 77 is an American medical drama television series about the professional and personal lives of paramedics in Los Angeles, California. The series created by Gregory Widen and aired from March 15 to May 3, 1999, during Monday nights on The WB network. The creator and executive producer was Gregory Widen, a former Southern California firefighter and paramedic, and the writer of the 1991 firefighting drama Backdraft. His goal for the show was to provide a more realistic depiction of the lives of firefighters and paramedics than previous emergency medical television series such as Emergency!

Michael Hayes is a television drama series that aired on CBS from September 15, 1997 to June 15, 1998. It stars David Caruso and Ruben Santiago-Hudson.

M.Y.O.B. is an American comedy television series starring Katharine Towne and Lauren Graham. The series premiered on NBC on June 6 and ended on June 27, 2000. Eight episodes were produced, but only four were aired by NBC.

The Brian Benben Show is an American sitcom television series that aired on CBS on Mondays from September 21, 1998 to October 12, 1998.

Partners in Crime is an American crime drama television series set in San Francisco, California, created by William Driskill, that aired on NBC from September 27 to December 29, 1984 during the 1984–85 U.S. television season. NBC cancelled the show after 13 episodes. It was screened overseas as Fifty/Fifty, to avoid confusion with the British series Agatha Christie's Partners in Crime which was also shown on ITV in the United Kingdom. 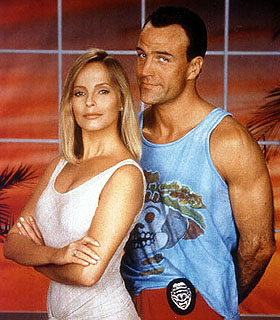 One West Waikiki is an American crime drama television series that aired on CBS from August 4, 1994 until May 25, 1996, and then in first-run syndication for its second season. The series was set in Hawaii, and starred Cheryl Ladd and Richard Burgi.

Freshman Dorm is an American drama television series which debuted in the summer of 1992 and aired 5 episodes on CBS. It is based on the young adult fiction series of the same name written by Linda Alper Cooney.

Fast Track is an American action drama television series created by Gary Markowitz, and executive produced by Larry Gelbart and Markowitz, which starred Keith Carradine. It aired on Showtime between August 1997 and March 1998, and was cancelled after one season. 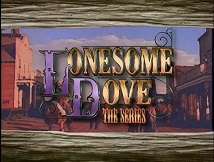 Lonesome Dove: The Series is an American western drama television series that debuted in first-run syndication on September 26, 1994. It serves as continuation of the story of the miniseries of the same name. The television series starred Scott Bairstow and Eric McCormack, and its executive producers were Suzanne de Passe and Robert Halmi Jr. The series was produced by Telegenic Programs Inc. and RHI Entertainment in association with Rysher TPE, in conjunction with Canadian television network CTV.