After attending Roman Catholic schools including – at the same time as the Liverpool poet Roger McGough – St Mary's College in Crosby, a direct grant grammar (and now an independent) school, Taylor first trained as an actor at Rose Bruford College, being associated with Joan Littlewood's Theatre Workshop in Stratford East. He also worked as a teacher at Forest Hill Comprehensive School for Boys.

Taylor is sometimes thought to be the model for Howard Kirk in Malcolm Bradbury's novel The History Man [2] although Bradbury and Taylor had not met at the time the book was written. Taylor was then a member of the Trotskyist International Socialists. [3]

Taylor is divorced from his third wife (whom he married in December 1988 in Camden), radio producer Cathie Mahoney who works on Loose Ends on BBC Radio 4. He was previously married to journalist Anna Coote, a former deputy editor of the New Statesman , who has also been associated with various public organisations. He is now married to Sally Feldman, journalist and former editor of Radio Four's Woman's Hour and currently a humanist celebrant.

Taylor's son, Matthew, is Chief Executive of the Royal Society of Arts.

Taylor has a particular interest in criminology and was one of the founder members of the National Deviancy Conference. [4] He published widely in criminology, and as a popular author writing on the media and fame. Perhaps his best-known early work was the book co-written with Stanley Cohen: Escape Attempts: The Theory and Practice of Resistance to Everyday Life. The book arose from research into the wellbeing of long-term prisoners. He has also collaborated on research with bank robber turned author John McVicar.

Taylor has had an extensive broadcasting career on BBC Radio 4. For many years he was a regular participant on Robert Robinson's fiercely competitive conversation programme Stop The Week , later presented The Radio Programme and took on The Afternoon Shift , a re-branding of the ill-fated Anderson Country . His media associates have included Tom Baker [5] and Victor Lewis-Smith. In 1991 he appeared in the documentary Flesh and Blood: The Story of the Krays. [6]

Since 1998, Taylor has regularly presented the discussion programme Thinking Allowed on BBC Radio 4, a series mainly devoted to the social sciences. In addition, he is known for his long-running (mainly humorous) column in the Times Higher Education Supplement [7] as well as for New Humanist magazine and being a Distinguished Supporter of Humanists UK. He is also the presenter of In Confidence , a series which comprises hour-long in-depth interviews with notable public figures. 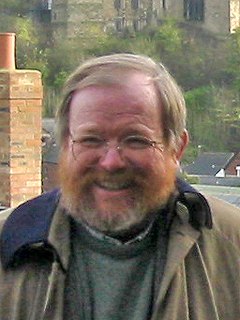 William McGuire Bryson is an American-British author of books on travel, the English language, science, and other non-fiction topics. Born in the United States, he has been a resident of Britain for most of his adult life, returning to the United States between 1995 and 2003, and holds dual American and British citizenships. He served as the chancellor of Durham University from 2005 to 2011. 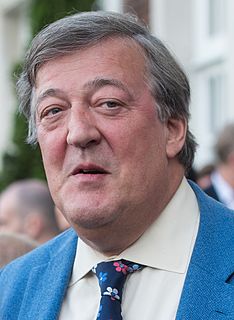 Stephen John Fry is an English actor, comedian and writer. He and Hugh Laurie are the comic double act Fry and Laurie, who starred in A Bit of Fry & Laurie and Jeeves and Wooster. 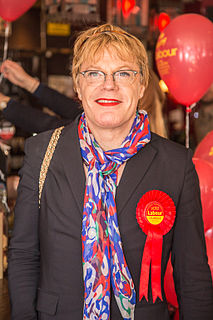 Nottingham Trent University (NTU) is a leading public research university in Nottingham, England. It was founded as a new university in 1992, although its roots go back to 1843 with the establishment of the Nottingham Government School of Design which still exists within the university today. It is the 13th largest university in the UK with 33,255 students split over four different campuses. 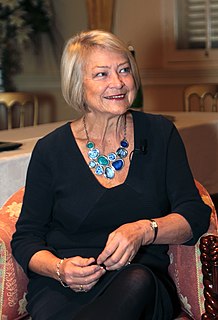 Kathryn Adie, known as Kate Adie, is an English journalist. She was Chief News Correspondent for BBC News between 1989 and 2003, during which time she reported from war zones around the world. 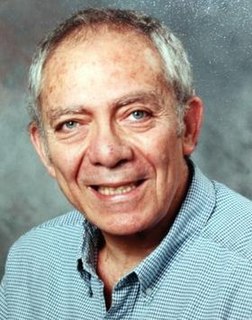 Stanley Cohen was a sociologist and criminologist, Professor of Sociology at the London School of Economics, known for breaking academic ground on "emotional management", including the mismanagement of emotions in the form of sentimentality, overreaction, and emotional denial. He had a lifelong concern with human rights violations, first growing up in South Africa, later studying imprisonment in England and finally in Palestine. He founded the Centre for the Study of Human Rights at the London School of Economics.

Richard Matthew Bannister is a British media executive and broadcaster.

John Paton Laurie was a Scottish actor. In the course of his career, Laurie performed on the stage and in films as well as television. He is perhaps best remembered for his role as Private Frazer in the sitcom Dad's Army (1968–1977). Laurie appeared in scores of feature films with directors such as Alfred Hitchcock, Michael Powell, and Laurence Olivier, generally playing bit-parts or supporting roles rather than leading roles. As a stage actor, he was cast in Shakespearean roles and was a speaker of verse, especially of Robert Burns. 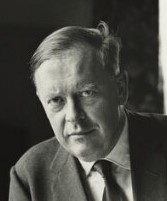 Edward Charles Gurney Boyle, Baron Boyle of Handsworth, was a British Conservative Party politician and Vice-Chancellor of the University of Leeds.

Thomas Kelman Fleming, FRSAMD was a Scottish actor, director, and poet, and a television and radio commentator for the BBC.

Jock Young was a British sociologist and an influential criminologist.

Ian Taylor was a British sociologist. He was born in Sheffield. 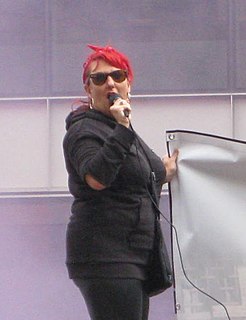 Lisa Louise Mckenzie is a British sociologist and research fellow at the London School of Economics whose work relates to class inequality, social justice, and British working class culture. She was politically active in the Class War party and her research and politics have been influenced by being a working class mother of a mixed race child in a poor area of Nottingham where she grew up.