Linzey Louise Cocker (born 19 May 1987) is an English actress best known for playing the roles of Jade Webb in the BBC Three comedy-drama series Drop Dead Gorgeous , Josie in the 2008 film Wild Child , and Jess Fisher in Waterloo Road .

In Drop Dead Gorgeous , Cocker's character is the fraternal twin of Ashley Webb, played by actress and model Sinéad Moynihan. Jade, being the popular and charismatic sister, finds it difficult to adjust to her shy sister's rapid success as a model, when Jade has always wanted to be a model herself so when her sister was offered a modeling job it changed their family's life and most of all Jade life.

She also appeared in the film Wild Child along with actress Emma Roberts. 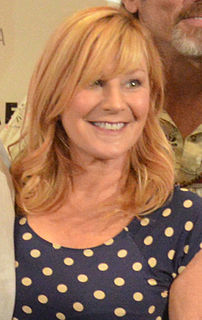 Chloe Webb is an American actress, best known for her roles in films Sid and Nancy (1986), The Belly of an Architect (1987), Twins (1988), and Heart Condition (1990). She also was nominated for a Primetime Emmy Award for her role as Laurette Barber in the ABC drama series China Beach, and had a recurring role as Monica Gallagher on the Showtime comedy-drama Shameless.

Amanda Jeannette Detmer is an American actress. She has made her big screen debut playing Miss Minneapolis in 1999 comedy film Drop Dead Gorgeous, and later had a supporting role in Final Destination.

Joely Fisher is an American actress and singer, the daughter of singer Eddie Fisher and actress Connie Stevens. Her breakthrough came in 1994, starring as Paige Clark in the ABC sitcom Ellen, for which she received Golden Globe Award nomination. Fisher later starred in the 1999 comedy film Inspector Gadget and had reading roles in the Lifetime comedy-drama Wild Card (2003-2005), and Fox sitcom 'Til Death (2006-2010). 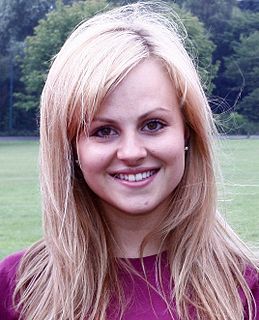 Tina Michelle O'Brien is an English actress. She is best known for her role as Sarah Platt in the ITV soap Coronation Street from 1999 to 2007 and 2015 onwards, and her role as Bex Fisher in the BBC school drama Waterloo Road from 2010 to 2011. 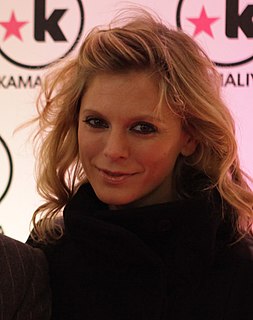 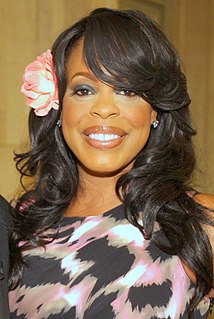 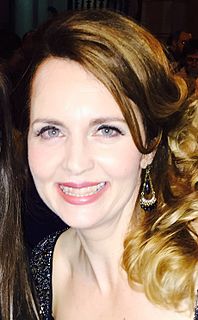 Emma Jaye Jacobs, known professionally as Jaye Jacobs, is an English actress. She is best known for playing the roles of Donna Jackson in the BBC medical drama series Holby City from 2004 to 2011 and 2017 onwards and Sian Diamond in the BBC school drama series Waterloo Road from 2011 to 2013.

Waterloo Road is a British television drama series set in a comprehensive school of the same name, broadcast on BBC One and later on BBC Three. The show was set in the English town of Rochdale from series one until the end of series seven, and the Scottish town of Greenock from the beginning of series eight until the end of the show in series ten. In 2014, it was confirmed that the tenth series of Waterloo Road would be the last. The first episode was broadcast on BBC One on 9 March 2006 and the final episode on BBC Three on 9 March 2015. Waterloo Road ran for 10 series, 200 episodes, and exactly nine years. Reruns previously aired on CBS Drama in the UK. In September 2019, every episode was made available on BBC iPlayer.

Sinéad Bernadette Moynihan is an English model and actress, best known for her roles as Ashley Webb in Drop Dead Gorgeous, Beth Clement in Hollyoaks, and Abby Jones in How Not to Live Your Life.

Drop Dead Gorgeous is a British comedy-drama for BBC Three. Set in Runcorn, it tells the story of 15-year-old Ashley Webb, whose life is turned upside-down when she is approached by a spotter from a local modelling agency. Events move at lightning speed and the whole family, including Ashley's non-identical twin sister Jade, are affected. 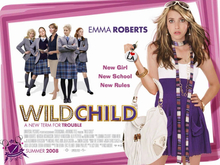 Kathryn Hunt is a British actress best known for her roles as Angela Harris in Coronation Street and Val Lorrimer in Series 1-2 of Fat Friends. She also appeared in Waterloo Road and The Royal. Kathryn also starred in the BBC Three drama Drop Dead Gorgeous. In May 2008 she appeared in the BBC One programme Doctors. More recently, she has appeared as Max's foster mother in hospital drama Holby City, and as Siobhan in the sitcom Hebburn. In November 2014, she appeared as Suzanne Harper in Casualty. She also appeared in Where the Heart Is as Cheryl Lampard from 1997 until 1999.

Sarah Hadland is an English actress. She is best known for her role as Stevie Sutton in the BBC One BAFTA-nominated comedy television series Miranda (2009–2015).

Phoebe Harriet Dynevor is an English actress, the daughter of actress Sally Dynevor. She began her career starring in the BBC drama series Waterloo Road (2009-10), and later appeared on Prisoners' Wives (2012-13) and Dickensian (2015-16). In 2017, Dynevor made her American debut with a recurring role in the TV Land comedy-drama series Younger, and later starred in the Sony Crackle crime comedy series, Snatch (2017-18). In 2020 she began starring in the Netflix period drama series Bridgerton. 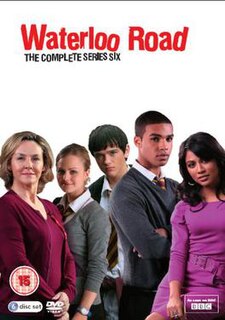 The sixth series of the British television drama series Waterloo Road began broadcasting on 1 September 2010, and ended on 6 April 2011 on BBC One. The series follows the lives of the faculty and pupils of the Eponymous school, a failing inner-city comprehensive school. It consists of twenty episodes, divided into two half series of ten episodes each. The sixth series achieved an average of 5.11 million viewers in the ratings. 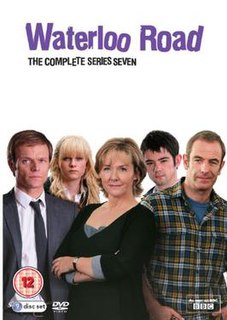 The seventh series of the British television drama series Waterloo Road began broadcasting on 4 May 2011, and ended on 25 April 2012 on BBC One. The series follows the lives of the faculty and pupils of the eponymous school, a failing inner-city comprehensive school. It consists of thirty episodes, shown in three blocks of ten episodes each. The seventh series achieved an average of 5.30 million viewers in the ratings. It is the last series to be set in Rochdale, England.