The television series Mission: Impossible was created by Bruce Geller. The original series premiered on the CBS network in September 1966 and consisted of 171 one-hour episodes running over seven seasons before ending in March 1973. [1] A sequel ran from 1988 to 1990. This article lists both broadcast order and production order, which often differed considerably.

The Avengers is a British espionage television programme created in 1961. It initially focused on Dr. David Keel, aided by John Steed. Hendry left after the first series; Steed then became the main character, partnered with a succession of assistants. His most famous assistants were intelligent, stylish and assertive women: Cathy Gale, Emma Peel and Tara King. The series ran from 1961 until 1969, screening as one-hour episodes for its entire run. The pilot episode, "Hot Snow", aired on 7 January 1961. The final episode, "Bizarre", aired on 21 April 1969 in the United States, and on 21 May 1969 in the United Kingdom.

Mission: Impossible is an American television series created and initially produced by Bruce Geller, chronicling the exploits of a team of secret government agents known as the Impossible Missions Force (IMF). In the first season, the team is led by Dan Briggs, played by Steven Hill; Jim Phelps takes charge for the remaining seasons, played by Peter Graves. Each episode opens with a fast-paced montage of shots from that episode which unfolds as the series' theme music plays, composed by Lalo Schifrin, after which Briggs or Phelps receives his instructions from a voice delivered on a recording which then destroys itself.

Peter Graves was an American film and television actor. He was best known for his role as Jim Phelps in the CBS television series Mission: Impossible from 1967 to 1973 (original) and from 1988 to 1990 (revival). His elder brother was actor James Arness. Graves was also known for his portrayal of airline pilot Captain Clarence Oveur in the 1980 comedy film Airplane! and its 1982 sequel Airplane II: The Sequel. 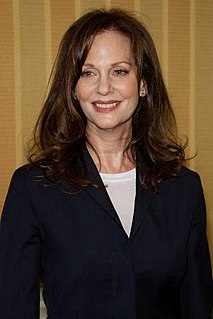 Lesley Ann Warren is an American actress and singer. She was nominated for the Academy Award for Best Supporting Actress for the 1982 film Victor/Victoria. She is also an Emmy Award nominee and five-time Golden Globe Award nominee, winning the Golden Globe for Best Actress in a Drama Series for the 1977 NBC miniseries Harold Robbins' 79 Park Avenue.

Steven Hill was an American actor. His two better-known roles are district attorney Adam Schiff on the NBC television drama series Law & Order, whom he portrayed for 10 seasons (1990–2000), and Dan Briggs, the original team leader of the Impossible Missions Force on the CBS television series Mission: Impossible, whom he portrayed in the initial season of the show (1966–1967).

Zero Hour is a Canadian/British documentary-style television series. It aired on History Television in Canada, on the BBC in the United Kingdom, and on The History Channel in the United States. Zero Hour has also aired on Channel Seven in Australia ; on Discovery Channel in Africa, Asia, New Zealand, Brazil, and the Netherlands. The program focuses on retelling the details of tragic man-made disasters which each unfolded in less than an hour.

Robert Cleveland Johnson, known professionally as Bob Johnson, was an American actor and voice actor who played supporting roles on series television and in films from the late 1950s until a few years before his death. Johnson is probably best known as the "voice behind the scenes", who gave Special Agents Dan Briggs and Jim Phelps their recorded mission briefings on both incarnations of the Mission: Impossible television series. The "Voice" was never identified by name, title or position, and was only heard in recordings, but nevertheless became one of the most iconic features of the show. 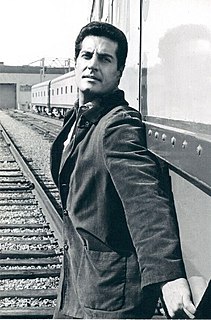 Peter Lupus Jr is an American bodybuilder and actor. He attended the Jordan College of Fine Arts at Butler University, where he also played football and basketball, graduating in 1954. He and his wife, Sharon, have a son, Peter Lupus III, who is also an actor.

Seaway is a Canadian drama series that aired on CBC Television for the 1965-1966 season. The series was a Seaway Films production in collaboration with the UK's ATV, with production money provided by the CBC. It was presented by ASP and distributed internationally by ITC Entertainment. 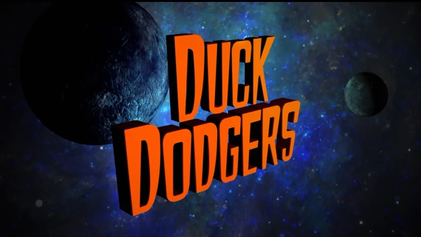 Duck Dodgers is an American animated television series, based on the 1953 theatrical cartoon short Duck Dodgers in the 24½th Century, produced by Warner Bros. Animation from 2003 to 2005. The series is comic science fiction, featuring the fictional Looney Tunes characters in metafictional roles, with Daffy Duck as the title character. It originally aired on Cartoon Network and Boomerang.

Mission: Impossible is an American television series that chronicles the missions of a team of secret American government agents known as the Impossible Missions Force (IMF). The show is a continuation of the 1966–73 TV series of the same name. The only actor to return for the series as a regular cast member was Peter Graves who played Jim Phelps, although two other cast members from the original series returned as guest stars. The only other regular cast member (unseen) to return for every episode was the voice of "The Tape", Bob Johnson.