Lord Aston of Forfar was a title in the Peerage of Scotland. The barony was created on 28 November 1627 for Sir Walter Aston, Bt, who had been previously created Baronet of Tixall Hall, Staffordshire (in the Baronetage of England) on 22 May 1611. [1]

On the death of the 5th Lord, on 24 August 1751, the Tixall Baronetcy became extinct. [2] The title fate of the Aston of Forfar barony is unclear, however.

Sir John Bernard Burke believed the original letters patent stated that on the failure of the 1st Lord's line, the title should pass to his brother and his heirs. [2] The barony is thought to have passed to a distant relative: Philip Aston, the great-great grandson of the 1st Lord's brother, who was styled as the 6th Lord during his lifetime. [2] Later research, however, has shown there may have been a more senior descendant, meaning the 6th and 7th Lords were probably not entitled to the title, despite being styled as "Lord Aston of Forfar" during their life times. [3]

George Cokayne, however, acknowledges the assumption of the title by the 8th and 9th Lords as "possibly lawful"; [1] with the 8th Lord receiving recognition by King George III. [4]

The early Lords Aston were devoutly Roman Catholic and used their wealth and influence to make Tixall a safe haven for Catholics. They were also staunch Royalists, which meant that the Crown was usually prepared to tolerate their religious beliefs. The 2nd Lord Aston was accused of recusancy, but the charges were quickly dropped. During the Popish Plot, the 3rd Lord Aston was sent to the Tower of London, but in due course was released without standing trial. [5]

The sister of Walter Aston, 1st Lord Aston of Forfar, was Anne, who married Ambrose Elton, Esq., of The Hazle, Ledbury, Herefordshire. Elton served as Sheriff of Herefordshire in 1618, and was a graduate of Brasenose College, Oxford, which his ancestors had founded. [6]

After the 5th Lord

With the death of the 5th Lord, the main line of the family, and the Baronet title, became extinct. [2] The fate of the barony of "Aston of Forfar" is unclear.

Burke states the title passed to Philip Aston, the great-great grandson of the 1st Lord's brother. [2] Philip died unmarried and without issue; the title would thus pass to his younger brother Walter. [2] Philip and Walter's right to use the title was, however, later disputed. Both were styled as "6th and 7th Lord Aston of Forfar" but, probably unbeknownst to them, there was a male descendant on a more senior line, William Aston of Beaulieu, County Louth, Ireland who outlived them, and was thus the legitimate (but at the time unrecognised) 6th Lord. [3]

Philip, Walter, and the legitimate senior claimant, all died without male issue. The two claims for the title were then reunited in a single person: Walter Aston; Philip and Walter's first cousin. [2]

Walter was styled at the time as the 8th Lord, but his uncertain status caused problems in his career. Scottish Peers were entitled to vote to elect 16 Representative Peers to the House of Lords. In 1768 Walter's right to vote in these elections raised objections as he was not listed on the Union Roll. [4] Walter's right to the title seems to have been confirmed, however, when in 1769 King George III referred to him as "Walter, Lord Aston, Baron of Forfar", and granted him an annual pension of £300. [4]

Following Walter's death, the title passed to his only son, the clergyman Walter Aston. [2] He attempted to get official recognition for the barony, but died before the matter was settled.[ citation needed ] His claim as 9th Lord Aston of Forfar is called "possibly lawful" by Cokayne; who states the title became "dormant" with his death. [1]

The title is currently considered extinct. It is, however, still claimed by descendants of the Aston family.[ citation needed ] The current claimant's right to use the title is disputed and unrecognised. 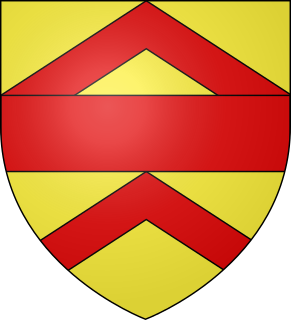 Baron FitzWalter is an ancient title in the Peerage of England. It was created on 24 June 1295 for Robert FitzWalter. The title was created by writ, which means that it can descend through both male and female lines. His great-grandson, the fourth baron, was an Admiral of the Fleet. The fourth baron's grandson, the sixth baron, died from dysentry at the siege of Harfleur. He was succeeded by his brother, the seventh baron, who in turn was succeeded by his daughter and only child, Elizabeth. She was the wife of John Radcliffe. Their son, the ninth baron, was attainted for treason in 1495 with his title forfeited. However, his son Robert Radcliffe obtained a reversal of the attainder by Act of Parliament in 1509 and later served as Lord Lieutenant of Lancashire. He was created Viscount FitzWalter in 1525 and Earl of Sussex in 1529. His grandson, the third earl, was summoned to the House of Lords through a writ of acceleration in 1553 in his father's junior title of Baron FitzWalter. Lord Sussex later served as Lord Deputy of Ireland. He was succeeded by his younger brother, the fourth earl. He had earlier represented Maldon, Hampshire and Portsmouth in the House of Commons and also served as Lord Lieutenant of Hampshire. When he died the titles passed to his only child, the fifth earl. He was Lord Lieutenant of Essex. 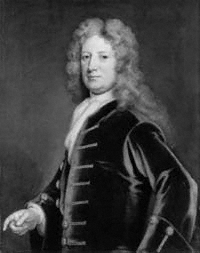 Lord Sherard, Baron of Leitrim, was a title in the Peerage of Ireland in 1627. The third holder of the barony would also be named Baron Harborough (1714), Viscount Sherard (1718), and Earl of Harborough (1719), with the viscountcy ending with the death of its original holder in 1732, but the other titles persisting in the family until 1859. The Sherard barony became dormant in 1931 with the death of the last known male-line family member.

Walter Aston, 1st Lord Aston of Forfar was an English courtier and diplomat.

Walter Aston, 8th Lord Aston of Forfar was the son of Edward Aston and Anne Bayley.

Hugh Clifford, 3rd Baron Clifford of Chudleigh of Ugbrooke House near Chudleigh in Devon, was a peer. 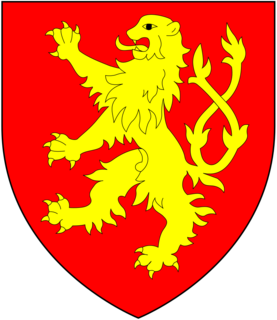 The title of Baron Burghersh has been created three times in the Peerage of England. 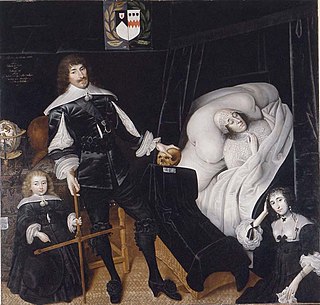 There have been two baronetcies created for persons with the surname Aston, both in the Baronetage of England. Both creations are extinct.

Baron Willoughby of Parham was a title in the Peerage of England with two creations. The first creation was for Sir William Willoughby who was raised to the peerage under letters patent in 1547, with the remainder to his heirs male of body. An error in identifying the heir in 1680 resulted in an inadvertent novel creation by writ in 1680, without the restriction on inheritance by gender. The creation of the barony gave right to an hereditary peerage and seat in the House of Lords, the upper house of Parliament.

Sir Walter Aston, of Tixall and Heywood, Staffordshire was a Knight of the Shire and Sheriff of Staffordshire.