The men's 1st XI compete in the Men's England Hockey League and were winners of the BUCS championships for eight of the past thirteen years. [3] [4] They have also won the National Indoor Championships four times since 2003, as well as gold (2004) and bronze (2005) at the European Indoor Challenge, and were quarter-finalists in the Euro Hockey League in 2008. The other men's teams compete in the Midlands League.

The club currently run four teams and compete in the following competitions;

The Women's 1st XI team competes in the Premier league of the Women's England Hockey League, BUCS . The team has had great success in BUCS having previously won the Hockey Championship for eleven years straight up to 2008 and are current champions. [5]

The women's club currently run five teams and compete in the following competitions;

Glenn Charles W. Kirkham is an English field hockey player who played for the English and British national team. 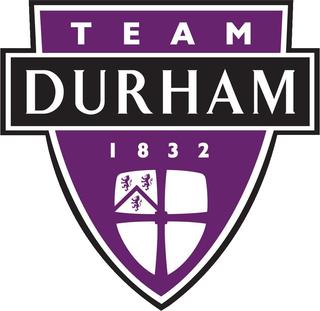 Jason David Lee ) is an English field hockey coach and former international player. Lee was born at Hayes in Greater London and played hockey at Old Bordenians Hockey Club in Sittingbourne in Kent.

East Grinstead Hockey Club is a field hockey club based in East Grinstead, West Sussex, England. It is one of the most successful clubs in the United Kingdom with National League Outdoor and Indoor honours. It was founded in 1897. The home ground is at EGSC, near Saint Hill. The club has a water-based pitch with seats for the spectators as well as a 3G Hockey/Football pitch and clubhouse. The stadium is named Saint Hill with a maximum capacity of 250.

The BUCS Football League is the association football league system of British Universities and Colleges Sport (BUCS). It is the largest sport in UK higher education, with over 450 men's and women's teams competing in 100 leagues.

Beeston Hockey Club is a field hockey club based in Beeston, England. The club was founded in 1907, and plays its home games at the Nottingham Hockey Centre in Nottingham. Beeston is nicknamed the Bees.

The BUCS Basketball League system is where the British Universities and Colleges Sport (BUCS) basketball teams of the universities and colleges in the United Kingdom compete.

Sonning Lane is a cricket and hockey ground in Reading, Berkshire, England, near the village of Sonning. It is located on a road called Sonning Lane between the A4 road and Sonning, hence the name.

Surbiton Hockey Club is a field hockey club based in Long Ditton, Surrey, England. The club is one of the oldest hockey clubs in the world, being established in 1874. The home ground is based in Long Ditton, at Sugden Road. The club is currently the leading club in England with the women's team winning the league for seven years in succession and the men's team winning the three of the last four league titles.

Hampstead & Westminster Hockey Club is a field hockey club based in London, England. It was established in 1894. The home ground is at Paddington Recreation Ground, Maida Vale.

Doncaster Hockey Club is a field hockey club based in Doncaster, South Yorkshire, England. The home ground is at the Doncaster Town Field Sports Club.

Iain Lewers is a field hockey player from Northern Ireland who represented Ireland, England and Great Britain at international level. He represented Great Britain at the 2012 and 2016 Summer Olympics. He was also a member the England teams that won bronze medals at the 2011 Men's EuroHockey Nations Championship and 2014 Commonwealth Games. He also represented England at the 2013 and 2015 Men's EuroHockey Nations Championships and at the 2014 Men's Hockey World Cup. In both 2014 and 2015 Lewers was named the England/Great Britain Player of the Year by the Hockey Writers' Club.

Samuel Ian Ward, known as Sam Ward, is an English field hockey player who plays as a forward for Old Georgians and the England and Great Britain national teams.

Ian Martin Sloan is an Irish field hockey player, who plays as a midfielder for Wimbledon and the England and Great Britain national teams.