In 1962 he started a law course at PUC-RJ, before moving on to journalism. He joined the Correio da Manhã in 1963, and the Jornal do Brasil in 1964, where he stayed until 1990. He then moved to O Globo , where he continued to work as a music critic. In 1986, he founded and directed the music section of the Museum of Modern Art in Rio de Janeiro. In 2000 and 2001, he directed a group of biblical studies at the Loyola Center of PUC-RJ.

In 2000 he received the Padre Ávila Prize for Ethics in Journalism, granted by PUC-RJ. In 2010 he received the Medal of the Inconfidente from the Government of Minas Gerais. He was the seventh occupant of Chair 23, elected on August 21, 2008 at the Brazilian Academy of Letters, in succession to Zélia Gattai, and received on November 28 of the same year by academic Tarcísio Padilha. [1]

Marlos Nobre is a Brazilian composer. He has received commissions from numerous institutions, including the Ministry of Culture in Spain, the Free University of Music of São Paulo, the Neuchâtel Chamber Orchestra in Switzerland, The Apollon Foundation in Bremen, Germany and the Maracaibo Music Festival in Venezuela. He has also sat on the juries of numerous international music competitions, including the Cità di Alessandria Prize, the Arthur Rubinstein Piano Master Competition and the Paloma O'Shea Santander International Piano Competition.

Nise da Silveira was a Brazilian psychiatrist and a student of Carl Jung. She devoted her life to psychiatry and never was in agreement with the aggressive forms of treatment of her time such as commitment to psychiatric hospitals, electroshock, insulin therapy and lobotomy.

Ricardo Tacuchian, born in Rio de Janeiro, is a Brazilian conductor, composer and Doctor in Musical Arts (Composition) at the University of Southern California. 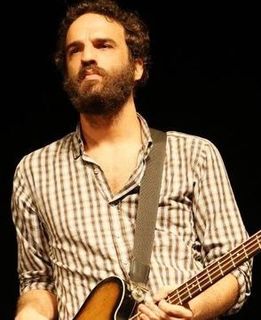 Marcelo de Souza Camelo is a Brazilian composer, singer, guitarist, and poet. He is best known as composer and lead guitarist of the Brazilian band Los Hermanos. Since the end of the band, he continues composing for many interpreters, mainly Maria Rita and Ivete Sangalo. In 2008, was released his first solo CD, Sou.

Ana Luiza Nobre is a Brazilian architectural historian, author and critic, born in Rio de Janeiro in 1964. She is Director of the History, Theory and Criticism Section of the School of Architecture and Urbanism at the Catholic University of Rio de Janeiro (PUC-Rio), in Brazil, where she has been teaching for the last 10 years.

Antonio Luz Furtado is a Brazilian computer scientist and Professor of Computer Science known for his work in databases and conceptual modeling.

Franz Josef Weissmann was a Brazilian sculptor born in Austria, emigrating to Brazil while he was eleven years old. Geometric shapes, like cubes and squares, are strongly featured in his works. He was one of the founders of the Neo-Concrete Movement. 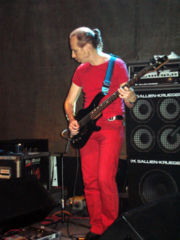