Mammal Species of the World

Mammal Species of the World: A Taxonomic and Geographic Reference is a standard reference work in mammalogy giving descriptions and bibliographic data for the known species of mammals. It is now in its third edition, published in late 2005, which was edited by Don E. Wilson and DeeAnn M. Reeder. [1]

An online version is hosted by Bucknell University, from which the names of the species can be downloaded as a custom dictionary. A partial online version is available at Google Books (see "External links" below).

The Checklist Committee is charged with compiling and updating MSW. In its Annual Report for 2015, the Committee noted that it is under contract with Johns Hopkins Press for the 4th edition of MSW, which will be edited by DeeAnn M. Reeder and Kristofer M. Helgen. The database has been made editable for the authors, leading to more frequent website updates. The publication was scheduled for 2017. [2]

Neophoca is a genus of the family Otariidae of order Carnivora. It is combined by some taxonomists with the genus Phocarctos, the (extant) New Zealand sea lion. Only one species survives:

Red-cheeked squirrels form a taxon under the subfamily Callosciurinae. The six species which are all found only in Asia are listed as "Least Concern" by the IUCN.

The northern little yellow-eared bat is a bat species from South and Central America, where it is found from southern Mexico to Bolivia, the Guianas and western Brazil.

The northwestern deer mouse or Keen's mouse is a species of rodent in the family Cricetidae. It is found in British Columbia in Canada and in Alaska and Washington in the United States. It was named after the Rev. John Henry Keen in 1894.

The broad-footed climbing mouse is a species of rodent in the family Cricetidae. It is found in Colombia, Ecuador, Panama and Peru.

The Asian red-cheeked Squirrel is a species of rodent in the family Sciuridae. It is found in Cambodia, China, India, Laos, Malaysia, Myanmar, Thailand, and Vietnam. 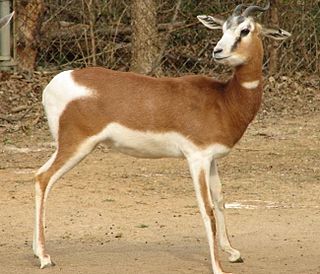 The wildlife of Tunisia is composed of its flora and fauna. It has 84 species of mammals and 375 species of birds. Tunisia is well documented for its addax and Dama Gazelle population. 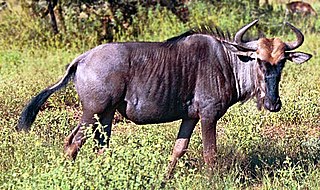 The wildlife of Eswatini is composed of its flora and fauna. The country has 107 species of mammals and 507 species of birds. 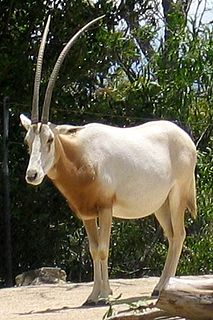 The wildlife of Western Sahara is composed of its flora and fauna. It has 40 species of mammals and 207 species of birds.

The wildlife of Sudan is composed of its flora and fauna. It has 287 species of mammals and 207 species of birds.

The Cameroonian forest shrew is a species of mammal in the family Soricidae. It is found in the Montane forests of Western Cameroon around Mount Oku and Lake Manengouba, and in Southeastern Nigeria in the Gotel Mountains or Adamawa Plateau.

The lesser forest shrew is a species of mammal in the family Soricidae endemic to northeastern Democratic Republic of the Congo, where its type locality is Medje. Its natural habitat is subtropical or tropical moist lowland forest. 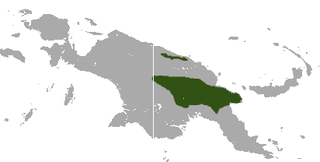 The masked ringtail possum is a marsupial possum of the family Pseudocheiridae. It is found in northeastern New Guinea in the Star Mountains. the eastern Central Cordillera, the Huon Peninsula and the northern coast ranges. Masked ringtails are arboreal residents of various forest ecosystems. They are sexually dimorphic and locally common. This species is sometimes classified as a subpopulation of P. forbesi; however, it has a separate range.

The pygmy brown-toothed shrew is a species of shrew in the Soricomorpha order. It is distributed in China. C. parva was initially thought to be the same as Chodsigoa lamula, but it was found to be a separate species.

Monard's African climbing mouse is a species of rodent in the family Nesomyidae. It is endemic to east-central Angola, but only recorded in the type locality of Caluquembe. The IUCN red list of threatened species lists this as a synonym for the gray climbing mouse. 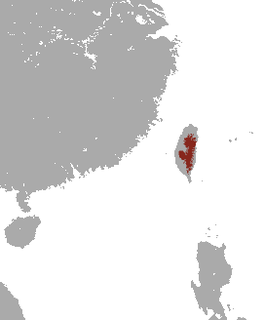 The Taiwanese brown-toothed shrew is a species of shrew in the Nectogalini tribe. It is found only in Taiwan. It prefers dense ground cover in forests and subalpine shrublands in high mountains of central Taiwan.

Nilgiri vandeleuria, also known as the Nilgiri long-tailed tree mouse and the Indian long-tailed tree mouse, is a species of rodent in the family Muridae. There has been some dispute as to whether this specimen is actually a subspecies of the Asiatic long-tailed climbing mouse but current opinion seems to suggest that it is indeed a separate species. It is found in India.

The New Ireland forest rat is a large rodent in the family Muridae. It is endemic to New Ireland, in the Bismarck Archipelago, Papua New Guinea.