Manuel Kauers (born 20 February 1979 in Lahnstein, Germany) is a German mathematician and computer scientist. He is working on computer algebra and its applications to discrete mathematics. He is currently professor for algebra at Johannes Kepler University (JKU) in Linz, Austria, and leader of this University's Institute for Algebra. Before that he was affiliated with that university's Research Institute for Symbolic Computation (RISC).

Lahnstein is a verband-free town of Rhein-Lahn-Kreis in Rhineland-Palatinate, Germany. It is situated at the confluence of the Lahn River with the Rhine, approximately 6 kilometres (3.7 mi) south of Koblenz. Lahnstein was created in 1969 by the merger of the previously independent towns of Oberlahnstein on the south side of the Lahn and Niederlahnstein on the north side.

Kauers studied computer science at the University of Karlsruhe in Germany from 1998 to 2002 and then moved to RISC, where he completed his PhD in symbolic computation in 2005 under the supervision of Peter Paule. He earned his habilitation in mathematics from JKU in 2008. 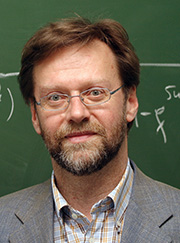 Peter Paule is an Austrian mathematician who works in symbolic computation and its connections to combinatorics, number theory, and special functions. Since 1990 he has held a faculty position at the Research Institute for Symbolic Computation of the Johannes Kepler University of Linz, and since 2009 he has directed the Institute.

Habilitation defines the qualification to conduct self-contained university teaching and is the key for access to a professorship in many European countries. Despite all changes implemented in the European higher education systems during the Bologna Process, it is the highest qualification level issued through the process of a university examination and remains a core concept of scientific careers in these countries.

Together with Doron Zeilberger and Christoph Koutschan, Kauers proved two famous open conjectures in combinatorics using large scale computer algebra calculations. Both proofs appeared in the Proceedings of the National Academy of Sciences. The first concerned a conjecture formulated by Ira Gessel on the number of certain lattice walks restricted to the quarter plane. This result was later generalized by Alin Bostan and Kauers when they showed, also using computer algebra, that the generating function for these walks is algebraic. The second conjecture proven by Kauers, Koutschan and Zeilberger was the so-called q-TSPP conjecture, a product formula for the orbit generating function of totally symmetric plane partitions, which was formulated by George Andrews and David Robbins in the early 1980s. 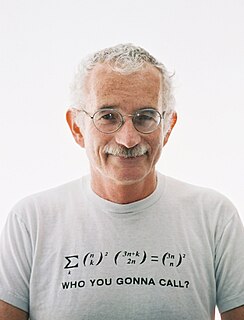 Christoph Koutschan is a German mathematician and computer scientist. He is currently with the Johann Radon Institute for Computational and Applied Mathematics (RICAM) of the Austrian Academy of Sciences.

In 2009, Kauers received the Start-Preis, which is considered the most prestigious award for young scientists in Austria. In 2016, with Christoph Koutschan and Doron Zeilberger he received the David P. Robbins prize of the American Mathematical Society.

David Peter Robbins was an American mathematician. He is most famous for introducing alternating sign matrices. He is also known for his work on generalizations of Heron's formula on the area of polygons, due to which Robbins pentagons were named after him. 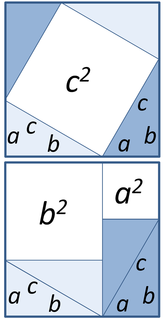 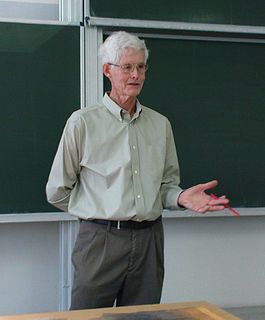 Marko Petkovšek is a Slovenian mathematician, born: 1955, working mainly in symbolic computation. He is a professor of discrete and computational mathematics at the University of Ljubljana. He completed his Ph.D. at Carnegie Mellon University under the supervision of Dana Scott. He is best known for Petkovšek's algorithm. Together with Herbert Wilf and Doron Zeilberger he wrote the book A = B.

Experimental mathematics is an approach to mathematics in which computation is used to investigate mathematical objects and identify properties and patterns. It has been defined as "that branch of mathematics that concerns itself ultimately with the codification and transmission of insights within the mathematical community through the use of experimental exploration of conjectures and more informal beliefs and a careful analysis of the data acquired in this pursuit."

In mathematics, an alternating sign matrix is a square matrix of 0s, 1s, and −1s such that the sum of each row and column is 1 and the nonzero entries in each row and column alternate in sign. These matrices generalize permutation matrices and arise naturally when using Dodgson condensation to compute a determinant. They are also closely related to the six-vertex model with domain wall boundary conditions from statistical mechanics. They were first defined by William Mills, David Robbins, and Howard Rumsey in the former context.

Bruno Buchberger is Professor of Computer Mathematics at Johannes Kepler University in Linz, Austria. In his 1965 Ph.D. thesis, he created the theory of Gröbner bases, and has developed this theory throughout his career. He named these objects after his advisor Wolfgang Gröbner. Since 1995, he is active in the Theorema project at the University of Linz.

A computer-assisted proof is a mathematical proof that has been at least partially generated by computer.

In mathematics and especially in combinatorics, a plane partition is a two-dimensional array of nonnegative integers that is nonincreasing in both indices. This means that

In mathematics, and more specifically in analysis, a holonomic function is a smooth function in several variables that is a solution of a system of linear homogeneous differential equations with polynomial coefficients and satisfies a suitable dimension condition in terms of D-modules theory. More precisely, a holonomic function is an element of a holonomic module of smooth functions. Holonomic functions can also be described as differentiably finite functions, also known as D-finite functions. When a power series in the variables is the Taylor expansion of a holonomic function, the sequence of its coefficients, in one or several indices, is also called holonomic. Holonomic sequences are also called P-recursive sequences: they are defined recursively by multivariate recurrences satisfied by the whole sequence and by suitable specializations of it. The situation simplifies in the univariate case: any univariate sequence that satisfies a linear homogeneous recurrence relation with polynomial coefficients, or equivalently a linear homogeneous difference equation with polynomial coefficients, is holonomic.

The David P. Robbins Prize for papers reporting novel research in algebra, combinatorics, or discrete mathematics is awarded both by the American Mathematical Society (AMS) and by the Mathematical Association of America (MAA). The AMS award recognizes papers with a significant experimental component on a topic which is broadly accessible which provide a simple statement of the problem and clear exposition of the work. Papers eligible for the MAA award are judged on quality of research, clarity of exposition, and accessibility to undergraduates. Both awards consist of $5000 and are awarded once every three years. They are named in the honor of David P. Robbins and were established in 2005 by the members of his family.

Ira Martin Gessel is an American mathematician, known for his work in combinatorics. He is a long-time faculty at Brandeis University and resides in Arlington, Massachusetts.