Maurice Roy Hurst (born September 17, 1967) is an American former football player who was a cornerback for seven seasons for the New England Patriots in the National Football League (NFL). His son, Maurice Hurst Jr., is currently a defensive tackle for the Oakland Raiders [1]

A cornerback (CB), also referred to as a corner or defensive halfback in older parlance, is a member of the defensive backfield or secondary in American and Canadian football. Cornerbacks cover receivers most of the time, to defend against offensive plays, i.e. create turnovers in best case or deflect a forward pass or rather make a tackle. Other members of the defensive backfield include the safeties and occasionally linebackers. The cornerback position requires speed, agility, and strength. A cornerback's skillset typically requires proficiency in anticipating the quarterback, backpedaling, executing single and zone coverage, disrupting pass routes, block shedding, and tackling. Cornerbacks are among the fastest players on the field.

The New England Patriots are a professional American football team based in the Greater Boston area. The Patriots compete in the National Football League (NFL) as a member club of the league's American Football Conference (AFC) East division. The team plays its home games at Gillette Stadium in the town of Foxborough, Massachusetts, which is located 21 miles (34 km) southwest of downtown Boston, Massachusetts and 20 miles (32 km) northeast of downtown Providence, Rhode Island. The Patriots are also headquartered at Gillette Stadium. 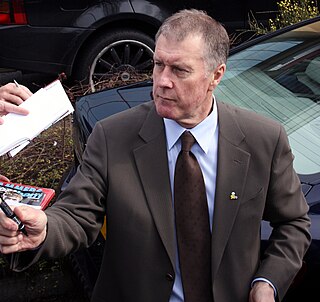 Sir Geoffrey Charles Hurst is an English former professional footballer. A striker, he remains the only man to score a hat-trick in a World Cup final, when England recorded a 4–2 victory over West Germany at the old Wembley Stadium in 1966. 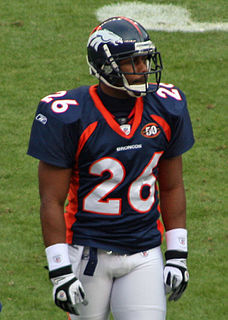 Tajuan E. "Ty" Law is a retired American football cornerback who played fifteen seasons in the National Football League (NFL). He played college football at the University of Michigan. He was drafted by the New England Patriots 23rd overall in the 1995 NFL Draft. Law is a two-time All-Pro, a five-time Pro Bowl selection, a Pro Bowl MVP, and has won three Super Bowls with the Patriots. His 53 career interceptions rank 24th all-time in NFL history; he is widely regarded as one of the best defensive backs of all time. Law was added to the New England Patriots Hall of Fame as its 20th member and was inducted into the Pro Football Hall of Fame as a member of the Class of 2019.

Glynn Hurst is a former professional footballer who played as a striker. 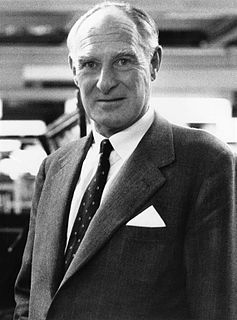 Maurice Fernand Cary Wilks (1904–1963) was an automotive and aeronautical engineer, and by the time of his death in 1963, was the chairman of the Rover Company, a British car manufacturer. He was responsible for the inspiration and concept work that led to the development of the Land Rover off-road utility vehicle.

Ryan Douglas Hurst is an American actor, known for his roles as Gerry Bertier in Disney's Remember the Titans in 2000, Tom Clarke in Taken, Opie Winston in the FX network drama series Sons of Anarchy, as Sergeant Ernie Savage in We Were Soldiers, as Chick in Bates Motel, as Lil Foster Farrell in Outsiders and as Beta in The Walking Dead, and Hector in Bosch.

Paul Michael Hurst is an English football manager and former player who is the manager of League Two club Scunthorpe United. 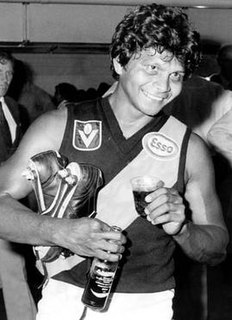 John Hurst is an English former professional footballer. Born in Blackpool, Lancashire, Hurst joined the youth system for Everton, making his first team debut in the 1965-66 season. Originally a striker, Everton manager Harry Catterick made Hurst into a centre-half, a position in which he appeared in the 1968 FA Cup Final. He formed a defensive partnership with Brian Labone, the club captain of Everton at the time. Following the introduction of substitutes to English football in 1965 Hurst became Everton's first ever sub replacing Fred Pickering at Stoke City's Victoria Ground in August 1965. Everton won the league title in the 1969-70 season and Hurst was an ever-present during this campaign, making 42 appearances and contributing 5 goals. Hurst was transferred to Oldham Athletic following the 1975-76 season.

Quincy Byrum Hurst, Sr., was a Hot Springs attorney and a Democratic member of the Arkansas State Senate from 1950 to 1972. He vacated his Senate seat to run unsuccessfully against Governor Dale L. Bumpers, who won the second of his two gubernatorial terms in 1972. Hurst polled 81,239 votes, or 16.4 percent, in the party primary. 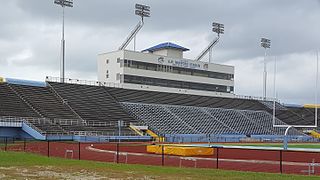 Jackson Ryan Hurst is an American actor. He is best known for portraying Grayson Kent on the Lifetime comedy series Drop Dead Diva (2009–2014).

James Hurst is an American football offensive tackle for the Baltimore Ravens of the National Football League (NFL). He was signed by the Ravens as an undrafted free agent in 2014. He played college football at North Carolina.

Hurst Publishers is an independent non-fiction publisher based in the Bloomsbury area of London. Hurst specializes in books on global affairs and has lists in Islamic Studies, European History, War & Conflict, African Studies and International Relations. Christopher Hurst founded the company in 1969. Michael Dwyer, who joined Hurst in 1986, took over its running after the death of Christopher Hurst in April 2007.

Hurst is a surname. Notable people with the surname include:

Maurice Hurst may refer to:

Maurice Crum Sr. is a former American football linebacker who played college football at the University of Miami and attended Hillsborough High School in Tampa, Florida. He was a consensus All-American in 1990. He was also a member of the Tampa Bay Buccaneers, Orlando Thunder, Saskatchewan Roughriders and Orlando Predators. His son, Maurice Crum Jr., played football at Notre Dame.

Maurice Roy Hurst Jr. is an American football defensive tackle for the Oakland Raiders of the National Football League (NFL). He played college football at Michigan. 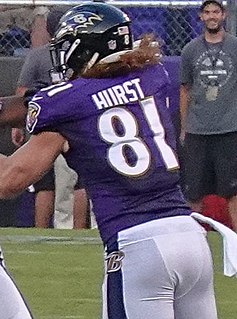 Hayden Randle Hurst is an American football tight end for the Baltimore Ravens of the National Football League (NFL). He played college football at South Carolina.