Milk & Bone are a Canadian electropop duo based in Montreal, Quebec, consisting of Laurence Lafond-Beaulne and Camille Poliquin. [1] Their debut album Little Mourning , released in 2015 via Bonsound, was a longlisted nominee for the 2015 Polaris Music Prize. [2] Although both of the band members are francophones, they write and record in English. [1]

The duo first met as music students at Cégep de Saint-Laurent, [3] and later performed with David Giguère's touring band. [3] They decided to begin writing and performing as a duo after being brought in as guest vocalists on Misteur Valaire's 2013 album Bellevue. [3]

Since Milk & Bone write and record in English [1] and the majority of their immediate friends and colleagues are francophone, they used SoundCloud to connect with potential contributors to the album, including Toronto-based rapper Terrell Morris on the track "Tomodachi". [1]

In 2015, Milk & Bone released their first album called Little Mourning . The duo, recipient of the SOCAN Breakout Award at the Francophone SOCAN Awards in Montreal, [4] charmed audiences here and elsewhere with their electro pop and mesmerizing harmonies. That year their track "Pressure" was streamed more than a million times on SoundCloud. [5] Little Mourning has allowed the group to carve out a place on the long list of the 2015 Polaris Music Prize, a nomination to the 2016 Juno Awards in the Revelation of the Year category (Group) as well as three prizes at the GAMIQ in 2015. [6]

Before starting to write their second album, the duo take up the challenge of composing the soundtrack feature King Dave by Podz. [7] The film's theme song, Natalie, was nominated for the 2017 Canadian Screen Awards in the Best Original Song category and has more than 4.6 million views on Spotify.

Milk & Bone released a single, "Daydream", in 2017, with a promotional video. [8] Their second album, Deception Bay, was released on February 2nd, 2018. The album allows to Milk & Bone to win the Juno award for the Electro Album of the Year in early 2019 [9] as well as a nomination on the long list of the 2018 Polaris Music Prize. [10] The show that accompanied the album was awarded at the 2019 ADISQ Gala in the Show of the Year - Anglophone category. [11] Also, they were nominated for a GAMIQ award for Quebec Artist of the Year. [12]

Jorane Pelletier, known professionally as Jorane, is a French-Canadian singer/cellist, who performs pop and alternative music style on the cello, a typically classical instrument, while singing at the same time. She has released eight full-length studio albums to date. 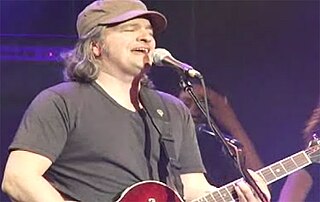 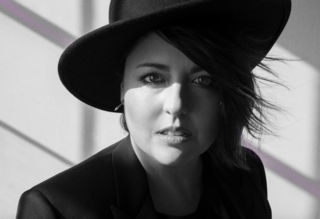 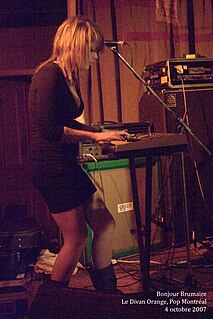 Bonjour Brumaire is a francophone indie pop band based in Montreal, Quebec, Canada. 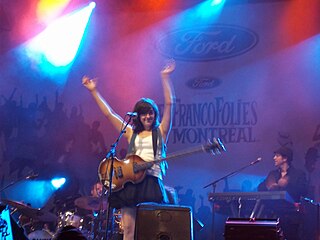 Marie-Pierre Arthur is the stage name of Marie-Pierre Fournier, a Canadian pop singer-songwriter from Quebec. Originally from Grande-Vallée, she is currently based in Montreal. 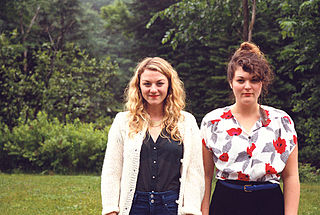 Les Sœurs Boulay are a Canadian folk music group from Quebec, consisting of sisters Stéphanie and Mélanie Boulay. Originally from the Gaspésie, they are currently based in Montreal. 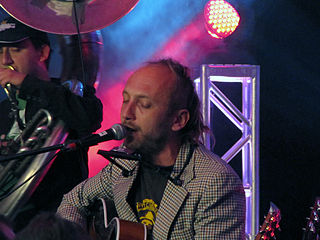 Bernard Adamus is a Canadian singer-songwriter based in Quebec, whose music draws on folk, blues, country and hip-hop influences.

Jimmy Hunt is a Canadian singer-songwriter from Quebec.

Pierre Kwenders is the stage name of José Louis Modabi, a Congolese-Canadian musician. His 2014 album Le Dernier empereur bantou was a shortlisted nominee for the Juno Award for World Music Album of the Year at the Juno Awards of 2015, and a longlisted nominee for the 2015 Polaris Music Prize. Kwenders, who sings and raps in English, French, Lingala and Tshiluba, is noted for blending both African music and western pop music influences, including hip hop and electronic music, into his style. 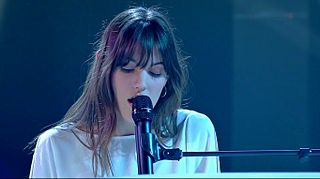 Charlotte Cardin is a Canadian pop, electro and jazz singer and songwriter from Montreal, Quebec. Cardin began her career as a model at the age of 15, where she appeared in numerous advertising campaigns such as Barilà.

Loud is the stage name of Simon Cliche Trudeau, a Canadian rapper from Quebec. 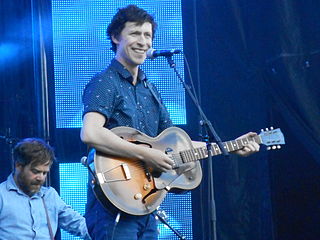 Patrice Michaud is a Canadian singer-songwriter from Cap-Chat, Quebec. He won the SOCAN Songwriting Prize in the French division in 2014 for his song "Mécaniques générales", and his 2017 album Almanach was a Juno Award finalist for Francophone Album of the Year at the Juno Awards of 2018.

Philippe Brach is the stage name of Philippe Bouchard, a Canadian singer-songwriter from Saguenay, Quebec.

Hubert Lenoir is the stage name of Hubert Chiasson, a Canadian musician and actor from Quebec City, Quebec. His debut solo album Darlène was a shortlisted finalist for the 2018 Polaris Music Prize. 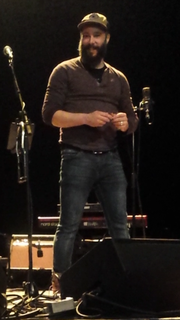 Tire le coyote is the stage name of Benoît Pinette, a Canadian folk-rock singer-songwriter from Quebec. He is most noted for receiving a Juno Award nomination for Francophone Album of the Year at the Juno Awards of 2019. 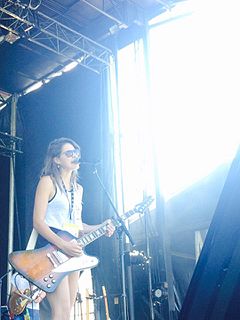 Salomé Leclerc is a Canadian singer-songwriter from Quebec.

Les Louanges is a Canadian indie pop act from Quebec, that consists of Vincent Roberge. His debut album, La nuit est une panthère, was a shortlisted nominee for the 2019 Polaris Music Prize, and won the Juno Award for Francophone Album of the Year at the Juno Awards of 2020.

La Science du cœur is a studio album by Pierre Lapointe, released through Audiogram and Columbia Records France on October 6, 2017.

Corridor is a Canadian indie rock band from Montreal, Quebec, consisting of vocalist and bassist Dominic Berthiaume, guitarist Julian Perreault, guitarist and vocalist Jonathan Robert and drummer Julien Bakvis, with the addition of multi-instrumentalist Samuel Gougoux in live performances. The first francophone band ever signed to the influential indie label Sub Pop, they are most noted for their 2019 album Junior, which was a longlisted nominee for the 2020 Polaris Music Prize.