Myrtle Driver Johnson (born May 21, 1944) [1] is an enrolled member of the Eastern Band of Cherokee Indians (EBCI) and a native Cherokee language [lower-alpha 1] speaker. [3] As of July 2019 she was one of only 211 remaining Cherokee speakers in the EBCI. [4] In 2007 she was given the title of Beloved Woman [1] by her tribe for her work translating into the endangered Cherokee language.

Johnson serves as the EBCI Tribal Council translator and has translated for the EBCI bilingual immersion school, New Kituwah Academy (NKA), since about 2006. [1] For NKA, she translated Charlotte's Web , the first time the book had been translated into an indigenous American language. [5] Johnson also translated Charles Frazier's Thirteen Moons , a novel loosely based on the life of William Holland Thomas that depicts the sociopolitical events surrounding the Cherokee removal. The novel was published by the Museum of the Cherokee Indian press. [5] [6] She narrated her translation of Thirteen Moons for the audio book and also narrated Tsogadu Nvdo, a Cherokee language audio book. [6]

Johnson has been active with language and culture camps for children and speakers gatherings for adults. [3] She has also participated in the quarterly Cherokee Language Consortium, a gathering of the three federally recognized tribes [lower-alpha 2] to standardize new terms in Cherokee. [1] [3]

Johnson was interviewed for the documentary First Language – The Race to Save Cherokee, and was translated as saying that "the children are learning to speak Cherokee, and I feel the Cherokee language is important because the government sees the Indians, but doesn't see them as Indians if they don't speak their own language". [7]

Johnson toured the Cherokee Nation immersion school in Oklahoma before NKA was established and was so moved by seeing a 4-year-old read Cherokee words that she had to step out of the classroom to cry. [1] In 2019, the Tri-Council of the three federally recognized Cherokee tribes declared a state of emergency with regard to the future of the Cherokee language. [8] This declaration included a resolution to work together on language revitalization, prompting Johnson to say "when they signed it, they made an agreement with us. They're going to help us. I'm not going to let them forget it." [4]

The Beloved Woman honor, which is rarely given and the highest a member can receive, was given to Johnson in 2007. [1] [9]

The Cherokee are one of the indigenous people of the Southeastern Woodlands of the United States. Prior to the 18th century, they were concentrated in what is now southwestern North Carolina, southeastern Tennessee, edges of western South Carolina, northeastern Georgia and northeastern Alabama.

Tahlequah is a city in Cherokee County, Oklahoma, United States located at the foothills of the Ozark Mountains. It is part of the Green Country region of Oklahoma and was established as a capital of the 19th-century Cherokee Nation in 1839, as part of the new settlement in Indian Territory after the Cherokee Native Americans were forced west from the American Southeast on the Trail of Tears. 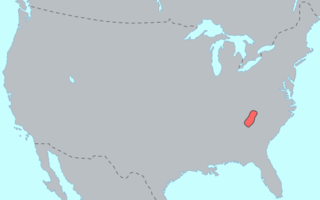 Cherokee is an endangered-to-moribund Iroquoian language and the native language of the Cherokee people. Ethnologue states that there were 1,520 Cherokee speakers out of 376,000 Cherokee in 2018, while a tally by the three Cherokee tribes in 2019 recorded ~2,100 speakers. The number of speakers is in decline. About eight fluent speakers die each month, and only a handful of people under the age of 40 are fluent. The dialect of Cherokee in Oklahoma is "definitely endangered", and the one in North Carolina is "severely endangered" according to UNESCO. The Lower dialect, formerly spoken on the South Carolina–Georgia border, has been extinct since about 1900. The dire situation regarding the future of the two remaining dialects prompted the Tri-Council of Cherokee tribes to declare a state of emergency in June 2019, with a call to enhance revitalization efforts.

The Eastern Band of Cherokee Indians (EBCI), is a federally recognized Indian Tribe in the United States, who are descended from the small group of 800 Cherokee who remained in the Eastern United States after the Indian Removal Act moved the other 15,000 Cherokee to the west in the 19th century. They were required to assimilate and renounce tribal Cherokee citizenship.

The United Keetoowah Band of Cherokee Indians in Oklahoma is a federally recognized tribe of Cherokee Native Americans headquartered in Tahlequah, Oklahoma. According to the UKB website, its members are mostly descendants of "Old Settlers" or "Western Cherokee," those Cherokee who migrated from the Southeast to present-day Arkansas and Oklahoma about 1817. Some reports estimate that Old Settlers began migrating west by 1800. This was before the forced relocation of Cherokee by the United States in the late 1830s under the Indian Removal Act. 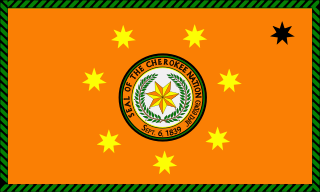 The Cherokee Nation, also known as the Cherokee Nation of Oklahoma, is the largest of three Cherokee federally recognized tribes in the United States. It was established in the 20th century and includes people descended from members of the Old Cherokee Nation who relocated, due to increasing pressure, from the Southeast to Indian Territory and Cherokee who were forced to relocate on the Trail of Tears. The tribe also includes descendants of Cherokee Freedmen, Absentee Shawnee, and Natchez Nation. Over 299,862 people are enrolled in the Cherokee Nation, with 189,228 living within the state of Oklahoma. According to Larry Echo Hawk, former head of the Bureau of Indian Affairs (BIA), the current Cherokee Nation is not the historical Cherokee tribe but instead a "successor in interest," though this argument was rejected by the Cherokee Nation.

Cherokee heritage groups are associations, societies and other organizations located primarily in the United States. Such groups consist of persons who do not qualify for enrollment in any of the three, federally recognized, Cherokee tribes. As the Cherokee Nation enrolls all people who can prove descent from a Cherokee ancestor, many of these groups consist of those who claim Cherokee ancestry but have no documentation to prove this heritage. A total of 819,105 Americans claimed Cherokee ancestry in the 2010 Census, more than any other named ancestral tribal group in the Census. 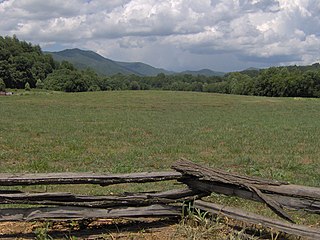 The ancient Native American settlement of Kituwa or giduwa (Cherokee:ᎩᏚᏩ), on the Tuckasegee River, is claimed by the Cherokee people as their original settlement. An earthwork mound, built about 1000 CE, marks a ceremonial site here. The Cherokee identify Kituwa as one of the "seven mother towns" in their former homeland of the American Southeast. This site is in Swain County, North Carolina, in the Great Smoky Mountains. Present-day Bryson City was developed nearby by European Americans after the Cherokee were removed from the area in the 1830s. Kituwa was added to the National Register of Historic Places in 1973 because of its significance.

Native American politics remain divided over different issues such as assimilation, education, healthcare, and economic factors that affect reservations. As a nation living within the United States of America, the Native American people face conflicting opinions within their tribes, essentially those living on federally approved reservations. Interactions with the federal government and the overall American culture surrounding them influence day-to-day tribal life. Native American culture as a whole rests between the divide of the traditionalists and those who wish to trade the old ways for improved conditions. 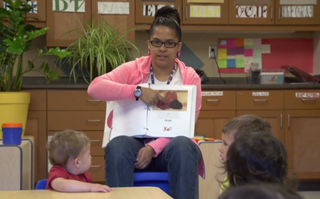 Cherokee Preservation Foundation is an independent nonprofit foundation established in 2000 as part of the Tribal-State Compact amendment between the Eastern Band of Cherokee Indians (EBCI) and the State of North Carolina. The Foundation is funded by the EBCI from gaming revenues generated by the Tribe; it is not associated with any for-profit gaming entity and is a separately functioning organization independent of the Tribal government. It works to improve the quality of life of the EBCI and strengthen the western North Carolina region by balancing Cherokee ways with the pursuit of new opportunities. The Foundation focuses on cultural preservation, economic development, job creation, and environmental preservation and is an engine for rural community development on the Qualla Boundary and the surrounding Haywood, Jackson, Clay, Macon, Graham, Swain and Cherokee counties.

The Eastern Band of Cherokee Indians educational policies have shaped the scholastic opportunities afforded to its members. The decision of the Eastern Band of Cherokee Indians (EBCI) to take control of the schools located on the Qualla Boundary under the Tribally Controlled Schools Act of 1987 started a wave of tribal responsibility in education. EBCI Tribal Council began producing programs that aided its members in most all aspects of the educational process. The evolution of these programs, their financing, and their relationship with tribal members and non-members alike are in a constant state of flux dependent upon policies produced by the EBCI tribal council. The EBCI tribal council does not directory set educational policy, although some if its members do set on boards that govern the educational facilities, and in most cases the director of the educational programs do report to the tribal council throughout the year. The policies of the EBCI educational programs can be analyzed through their respective goals, objectives, and procedures.

This article is a detailed history of the Cherokee language, the indigenous American Iroquoian language native to the Cherokee people. In 2019, the Tri-Council of Cherokee tribes declared a state of emergency for the language due the threat of it going extinct, calling for the enhancement of revitalization programs.

Maggie Axe Wachacha (1892–1993) was an Eastern Band Cherokee woman renowned for reinvigorating Cherokee culture and ethnobotany. According to Tribal records, she was the daughter of Will and Caroline Cornsilk Axe.

Jeremiah "Jerry" Wolfe was a respected member of the Eastern Band of Cherokee Indians, as he was awarded the title of "Beloved Man" by his tribe in 2013, an honor that had not been given out for more than 200 years.

Amanda Mabel Swimmer was an American Cherokee potter. Swimmer's career focused on traditional Cherokee pottery, and she worked to determine the name and function of these vessels. She was recognized in North Carolina for her contributions to the state's artistic and mountain heritage, and in 2018 she was named a Beloved Woman by the Eastern Band of Cherokee Indians.

Cherokee descent, being of Cherokee descent, or being a Cherokee descendant are all terms for individuals who have some degree of documented Cherokee ancestry, but do not meet the criteria for tribal citizenship. Gregory D. Smithers wrote, a large number of Americans belong in this category: "In 2000, the federal census reported that 729,533 Americans self-identified as Cherokee. By 2010, that number increased, with the Census Bureau reporting that 819,105 Americans claimed at least one Cherokee ancestor." By contrast, as of 2012 there were only 330,716 enrolled Cherokee citizens.

The New Kituwah Academy, also known as the Atse Kituwah Academy, is a private bilingual Cherokee- and English-language immersion school for Cherokee students in kindergarten through sixth grade, located in Cherokee, North Carolina, in the Yellow Hill community of the Qualla Boundary. It is owned by the Eastern Band of Cherokee Indians (EBCI), and operated by the Kituwah Preservation and Education Program (KPEP); New Kituwah is a separate entity from Cherokee Central Schools. The school is part of a larger effort by the EBCI to save and revitalize the heavily-endangered Cherokee language and instill Cherokee cultural pride.

The Cherokee Immersion School is a Cherokee language immersion school in Tahlequah, Oklahoma for children during pre-school to grade 6. It was founded by the Cherokee Nation in 2001 for the purpose of preserving the heavily endangered Cherokee language. Students must be members of a federally recognized tribe, and an application process is used as class size is limited. After finishing at the Cherokee Immersion School, students typically transfer to an affiliated school for grades 7 and 8. Attending the immersion school can help students enroll into Sequoyah High School. Total enrollment was reported to be 141 in August of 2018.