Noel M. Tichy is an American management consultant, author and educator. He has co-authored, edited or contributed to over 30 books. While teaching at the MBA program at the University of Michigan (Ross School of Business), Tichy along with Jim Danko and Paul Danos, first instituted " the defining attribute" of the program: Multidisciplinary Action Projects in which students work on an actual corporate business issue. [1] In 2009, the Washington Post named Control Your Destiny or Someone Else Will which he co-authored with Stratford Sherman as one of the Top 10 leadership books. [2] As the director of global development at GE's Crotonville, [3] from 1985–1987 [4] he instituted the action learning programs which helped make it "one of the premiere corporate learning centers in the world." [5]

He has been named one of the top "Management Gurus". [3] [6] He is an advocate of leaders being teachers as well as managers. [7] He is the co-author along with Warren Bennis of Judgment: How Winning Leaders Make Great Calls. [8] The New York Times review stated that they "write about 'empowering frontline people,' but they seem hung up on finding that single Great Leader. " [9] His book Succession says that most organization's leadership succession plans are merely check-the-box activities which are not appropriately executed and outlines seven common failures. [10] The New York Times says that his book is "sometimes angry" and uses case studies to make his points. [11] Tichy has been an adviser for over 30 CEO transitions, including General Motors. [12]

Werner Hans Erhard is an American author and lecturer known for founding est, which operated from 1971 to 1984. He has written, lectured, and taught on self improvement.

Peter Ferdinand Drucker was an Austrian-born American management consultant, educator, and author, whose writings contributed to the philosophical and practical foundations of the modern business corporation. He was also a leader in the development of management education, he invented the concept known as management by objectives and self-control, and he has been described as "the founder of modern management".

Functional leadership theory is a theory for addressing specific leader behaviours expected to contribute to organizational or unit effectiveness. This theory argues that the leader's main job is to see that whatever is necessary to group needs is taken care of; thus, a leader can be said to have done their job well when they have contributed to group effectiveness and cohesion.

John Paul Kotter is the Konosuke Matsushita Professor of Leadership, Emeritus, at the Harvard Business School, an author, and the founder of Kotter International, a management consulting firm based in Seattle and Boston. He is a thought leader in business, leadership, and change. 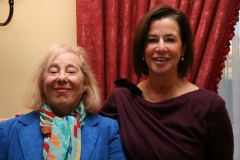 Rosabeth Moss Kanter is the Ernest L. Arbuckle professor of business at Harvard Business School. She is also director and chair of the Harvard University Advanced Leadership Initiative.

William W. George is an American businessman and academic. He is professor of Management Practice, and a Henry B. Arthur Fellow of Ethics, at Harvard Business School. Prior to that, he served as chairman and chief executive officer of Medtronic. 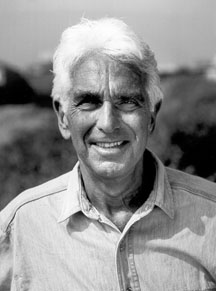 Warren Gamaliel Bennis was an American scholar, organizational consultant and author, widely regarded as a pioneer of the contemporary field of Leadership studies. Bennis was University Professor and Distinguished Professor of Business Administration and Founding Chairman of The Leadership Institute at the University of Southern California.

Constantinos C. Markides Cypriot management educator and Robert P. Bauman Professor of Strategic Leadership at London Business School, since 1990. He was listed among the Forbes.com list of Most Influential Management Gurus (2009).

Lance H.K. Secretan is a Canadian author of business books, best known for his work in leadership theory and how to inspire teams. A former child actor, from 1967 to 1980 Secretan was the Managing Director of Manpower Limited, based in the UK, part of the global Manpower Inc. Between 1980 and 1985, he taught leadership at McMaster and then York University in Canada and since 1985, he has worked as an author, independent management consultant, and coach and keynote speaker.

A business fable is a motivational fable, parable or other fictional story that shares a lesson or lessons that are intended to be applied in the business world with the aim to improve the organizational culture. The genre saw a peak in the early 2000s.

True North: Discover Your Authentic Leadership, by Bill George and Peter Sims, is a best-selling 2007 business book and follow-up to George's 2003 Authentic Leadership. The book—based on interviews between George and over 125 leaders including David Gergen, Starbucks CEO Howard Schultz, and Sir Adrian Cadbury—discusses the qualities and effectiveness of "authentic leadership" and its viability in the business and political worlds.

Manfred F.R. Kets de Vries is a Dutch management scholar and psychoanalyst, Professor of leadership development and organizational change at INSEAD, and consultant. His work focuses on leadership and the dynamics of individual and organizational change. Specifically, Kets de Vries explores the interface between management theory, psychoanalysis, psychotherapy, executive coaching and evolutionary psychology.

Kenneth Hartley Blanchard is an American author. His extensive writing career includes over 60 published books, most of which are co-authored books. His most successful book, The One Minute Manager, has sold over 13 million copies and been translated into many languages.

Alan Axelrod, Ph.D., is a prolific author of history, business and management books. As of October 2018, he had written more than 150 books, as noted in an online introduction by Lynn Ware Peek before an interview with Axelrod on the National Public Radio station KPCW. Axelrod resides in Atlanta, Georgia. 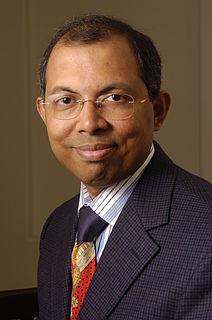 Subir Chowdhury is the author of 15 books and noted for his work in quality and management.

Michael W. Allen is an American software developer, educator, and author. He is known for his work on e-learning, and led the development of the Authorware software.

Barry Cunningham is a British publisher, who worked for various publishers including Penguin Books and Bloomsbury before setting up Chicken House publishing in 2000. He is most well known for signing J.K Rowling, and publishing Harry Potter and the Philosopher’s Stone in 1997. 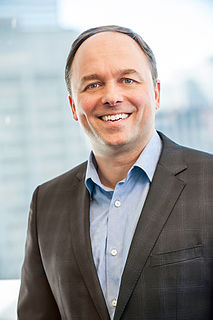 Venanzio "Vince" Molinaro is a business strategist and author of three books, including The Leadership Contract.