Non-affiliated members of the House of Lords

Members of the House of Lords are said to be non-affiliated if they do not belong to any parliamentary group. That is, they do not take a political party's whip, nor affiliate to the crossbench group, nor the Lords Spiritual (bishops). Formerly, the Lords of Appeal in Ordinary were also a separate affiliation, but their successors (the Justices of the Supreme Court) are now disqualified from the Lords while in office and are described as "Ineligible" rather than "Non-affiliated". [1]

Most non-party Lords Temporal are crossbenchers. Members with senior official roles are counted as non-affiliated while they hold them, to preserve their neutrality; they may (re-)affiliate to a group at the end of their term of office. Some members become non-affiliated after resigning or being expelled from a party, either through a political disagreement or after a scandal such as the 2009 parliamentary expenses scandal. Others have had no party allegiance and choose this designation rather than joining the crossbench. [2]

Although the Lord Speaker must drop any party affiliation upon their election, [3] they are not considered as a non-affiliated peer.

The UK Parliament website lists the following "Non-affiliated" members of the House of Lords, [4] [5] excluding those on leave of absence or suspended: [1]

There are other members listed with an "Independent" designation within the House of Lords: [4] [5]

This is a list of members of the House of Lords, the upper house of the Parliament of the United Kingdom.

A crossbencher is an independent or minor party member of some legislatures, such as the British House of Lords and the Parliament of Australia or the Senate of Canada. They take their name from the crossbenches, between and perpendicular to the government and opposition benches, where crossbenchers sit in the chamber.

Lords-in-Waiting are peers who hold office in the Royal Household of the Sovereign of the United Kingdom. In the official Court Circular they are styled 'Lord in Waiting' or 'Baroness in Waiting'. Anthony Stephen Grabiner, Baron Grabiner, QC is a British barrister, academic administrator, and life peer. He is head of chambers at One Essex Court, a leading set of commercial barristers in the Temple, and was the Treasurer of Lincoln's Inn for 2013. Since 2014, he has been the Master of Clare College, Cambridge, and since 2015, he has served as the President of the University of Law. Grabiner was non-executive chairman of Taveta Investments Ltd, the holding company of Sir Philip Green behind Arcadia Group from 2002 to December 2015. 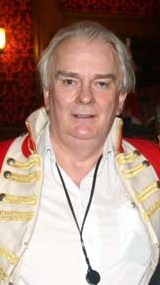 John Dunn Laird, Baron Laird,, of Artigarvan was a Northern Irish politician, life peer and former chairman of the cross-border Ulster-Scots Agency. In 2013 Laird allegedly offered to lobby for a firm against parliamentary rules. Consequently, he resigned from the Ulster Unionist Party.

Godfrey John Bewicke-Copley, 7th Baron Cromwell is a British hereditary peer and member of the House of Lords, sitting as a crossbencher. 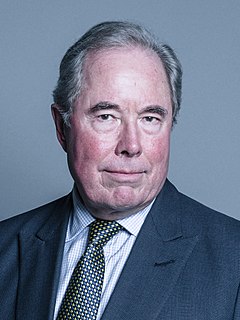 John Richard Boyle, 15th Earl of Cork and 15th Earl of Orrery is a British hereditary peer and a member of the House of Lords, where he sits as a Crossbencher. Boyle was an officer in the Royal Navy before inheriting his titles in 2003.