Northeastern Huskies baseball is the varsity intercollegiate team representing Northeastern University in the sport of college baseball at the Division I level of the National Collegiate Athletic Association (NCAA). [2] The team is led by Mike Glavine, and plays its home games at Parsons Field just off campus in Brookline, Massachusetts. The Huskies are members of the Colonial Athletic Association, which they joined in 2006. [3] 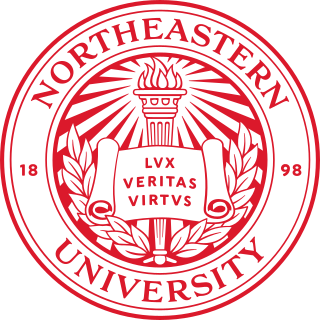 Northeastern University is a private research university in Boston, Massachusetts. Established in 1898, the university offers undergraduate and graduate programs on its main campus in Boston as well as satellite campuses in Charlotte, North Carolina; Seattle, Washington; San Jose, California; San Francisco, California; Portland, Maine; and Toronto and Vancouver in Canada. In 2019, Northeastern purchased the New College of the Humanities in London, England. The university's enrollment is approximately 19,000 undergraduate students and 8,600 graduate students. It is classified among "R1: Doctoral Universities – Very high research activity". Undergraduate admission to the university is categorized as "most selective."

Houston Baptist Huskies, also known as Houston Baptist, HBU or Huskies, refers to the sports teams of Houston Baptist University. HBU's official school colors are royal blue and orange. With the inception of the athletics program at the university in 1960 until 1990 the Huskies were a part of the NCAA. After playing for seventeen years as a member of the NAIA, the Huskies began play as an NCAA Division I team again in 2007 and became a full member of the NCAA for the 2011–12 academic year.

The Washington Huskies baseball team is the varsity intercollegiate baseball team of the University of Washington, located in Seattle, Washington, United States. The program has been a member of the NCAA Division I Pac-12 Conference since the start of the 1960 season, preceded by the Pacific Coast Conference.

Danielle Elaine Lawrie-Locke is a Canadian, former collegiate All-America, 2008 Olympian, pro All-Star right-handed hitting softball pitcher and current sports commentator, originally from Langley, British Columbia. Lawrie played college softball at Washington, in which she was part of the 2009 Women's College World Series championship team. Lawrie currently plays for the Canada women's national softball team including during the 2008 Beijing Olympics, that earned a spot at the postponed 2020 Summer Olympics. From 2010 to 2014 and in 2019, Lawrie played for the USSSA Pride and Canadian Wild of National Pro Fastpitch (NPF) and was an NPF All-Star in 2011 and part of two Cowles Cup league championship teams in 2013 and 2014. She owns numerous records for the Huskies as well as the Pac-12, where she is the career leader in strikeouts, and ranks fourth all-time in the NCAA Division I.

The UConn Huskies baseball team represents the University of Connecticut, in Storrs, Connecticut in college baseball. The program is classified as NCAA Division I, and the team competes in the Big East Conference. The team is coached by Jim Penders.

The Northeastern Huskies men's soccer team represents Northeastern University in NCAA Division I college soccer. The team belongs to the Colonial Athletic Association and plays home games at Parsons Field. The Huskies are currently led by first-year head coach Chris Gbandi. The team has an all-time record 224–281–52 (.444) through the 2013 season. The Huskies have made 2 appearances in the NCAA tournament with a combined record of 2–2, having made the tournament in 2002 and again in 2012. 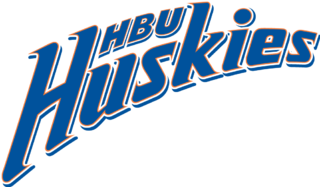 The Houston Baptist Huskies baseball team is a varsity intercollegiate athletic team of Houston Baptist University in Houston, Texas, United States. The team is a member of the Southland Conference, which is part of the National Collegiate Athletic Association's Division I. The team plays its home games at Husky Field in Houston, Texas. The Huskies are coached by Lance Berkman.

UConn Huskies baseball represents the University of Connecticut in college baseball at the NCAA Division I level.

The Northeastern Huskies women's soccer team represents Northeastern University in NCAA Division I college soccer. The team belongs to the Colonial Athletic Association and plays home games at Parsons Field. The Huskies are currently led by second-year head coach Ashley Phillips. The team has an all-time record 183–185–46 (.498) through the 2016 season. The Huskies have made 4 appearances in the NCAA tournament with a combined record of 2–3, having made the tournament in 2008, 2013, 2014 and 2016.

UMBC Retrievers baseball is the varsity intercollegiate team representing University of Maryland, Baltimore County in the sport of college baseball at the Division I level of the National Collegiate Athletic Association (NCAA). The team is led by Liam Bowen, and plays its home games at The Baseball Factory Field at UMBC on campus in Baltimore, Maryland. The Retrievers are members of the America East Conference.

Herbert Wendell Gallagher was an American ice hockey and baseball coach and college athletics administrator. He served two stints as the head ice hockey coach at Northeastern University, from 1936 to 1942 and 1946 to 1955. Gallagher was also the head baseball coach at Northeastern from 1938 to 1942 and from 1946 to 1955. He was the school's athletic director from 1955 to 1976 and a backfield coach for the football program.