The Cardenales, the first team representing Villahermosa in the Mexican League, began play in 1975. Plagued with economic problems, they sat out the 1976 season before returning to the league in 1977.

When the club returned for 1977, they were renamed the Plataneros (the Banana Planters), a name they kept until 1985. The Plataneros found their first success in 1979, when they qualified for the playoffs under manager Raúl Cano. The team included Arturo Bernal, Rommel Canada, Joel Orquendo, and Nike Nagy. As the 1980s began, the Plataneros signed stars Luis Tiant and Jesus Sommers but did not find success on the field.

In 1984, Julian Manzur, the club president, decided to sell the team. Humberto Tapia purchased the club and changed their name to the Ganaderos for 1985. In 1987, they signed Steve Howe, who was attempting a return to the major leagues after a drug suspension. He had great success and was signed by the Texas Rangers after 13 games.

Mike Cole stole 100 bases in the 1989 season and there was hope of a playoff appearance, but poor road trips against Campeche and Yucatán to end the season left them out of the postseason picture.

Everything changed for the better in 1993. Juan Navarrete took over as manager and the club signed many foreign players including Rafael de Lima, Alexis Infante, Rusty Tillman, and Todd Brown. The Olmecas ended a 14-year playoff drought and won the Mexican League title. Don Diego Rosillo was named Executive of the Year and Ricardo Osuna won Pitcher of the Year. 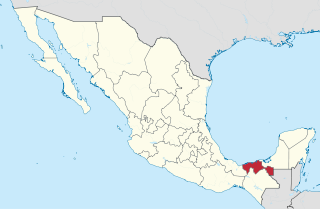 Tabasco, officially the Free and Sovereign State of Tabasco, is one of the 32 Federal Entities of Mexico. It is divided into 17 municipalities and its capital city is Villahermosa. It is located in the southeast of the country, bordering the states of Campeche to the northeast, Veracruz to the west, and Chiapas to the south and the Petén department of Guatemala to the southeast. It has a coastline to the north with the Gulf of Mexico. Most of the state is covered in rainforest as, unlike most other areas of Mexico, it has plentiful rainfall year-round. For this reason, it is also covered in small lakes, wetlands and rivers. The state is subject to major flooding events, with the last occurring in 2007, which affected eighty percent of the state. The state is also home to La Venta, the major site of the Olmec civilization, considered to be the origin of later Mesoamerican cultures. Even though it produces significant quantities of petroleum and natural gas, poverty is still a concern.

Villahermosa is the capital and largest city of the Mexican state of Tabasco, and the municipal seat of the Centro municipality. Villahermosa, the locality, reported a population of 353,577 in the 2010 census, whereas its Centro municipality had 640,359 inhabitants, a modest increase from the previous censuses. The municipality covers an area of 1,612 km2, while the city (locality) covers 63.2 km2 as of 2010. The city is situated 863 kilometres (536 mi) southeast from Mexico City.

Anderson Hernández Mejia is a Dominican professional baseball infielder who is a free agent. He has played in Major League Baseball (MLB) for the New York Mets, Washington Nationals, Cleveland Indians, and Houston Astros as well as for the Chunichi Dragons of Nippon Professional Baseball (NPB).

Emiliano Ricardo Fruto[froo'-toh] is a Colombian former relief pitcher in Major League Baseball who played for the Seattle Mariners in its 2006 season. Listed at 6' 3" ft. [1.90 m.], 230 lb. [107 k.], Fruto batted and threw right handed. He was born in Bocagrande, Cartagena.

The Pericos de Puebla are a professional baseball team in the Mexican League based in Puebla, Mexico.

The Acereros de Monclova are a professional baseball team in the Mexican League based in Monclova, Coahuila, Mexico. Their home ballpark is Estadio de Béisbol Monclova, which has a capacity of 11,000 people. The Acereros replaced the Mineros de Coahuila in the 1976 season.

The Leones de Yucatán are a professional baseball team in the Mexican League. Their home games are played at Parque Kukulcán Alamo (Kukulcán Park) in Mérida, Yucatán. 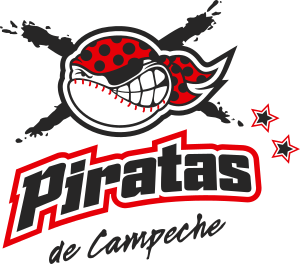 The Piratas de Campeche are a professional baseball team in the Mexican League (LMB) based in Campeche, Campeche, Mexico.

Frank Jesús Mata is a former Venezuelan professional baseball pitcher. He played for the Baltimore Orioles.

Raul A. Cano is a Mexican former professional baseball manager and pitcher. Born in Guaymas, Sonora, he batted and threw right handed. 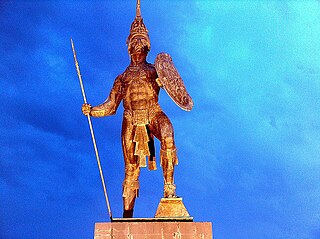 Potonchán, was a Chontal Maya city, capital of the minor kingdom known as Tavasco or Tabasco. It occupied the left bank of the Tabasco River, which the Spanish renamed the Grijalva River, in the current Mexican state of Tabasco.

Club Deportivo Caimanes de Tabasco is a former Mexican football team that played in Primera División 'A' and in Segunda División de México.

Jason Douglas Rogers is an American professional baseball first baseman for the Olmecas de Tabasco of the Mexican League. He previously played for the Milwaukee Brewers and Pittsburgh Pirates in Major League Baseball.

The Bravos de León are a professional baseball team in the Mexican League based in León, Guanajuato, Mexico.

Diego Bernardo de Peredo y Navarrete or Diego de Peredo was a Mexican Roman Catholic clergyman who became bishop of Yucatán. A street in the city centre of Villahermosa, Tabasco is now named after him.

Yoanni Yera Montalvo is a Cuban professional baseball pitcher for the Olmecas de Tabasco of the Mexican League and the Cocodrilos de Matanzas in the Cuban National Series.