An on-again, off-again relationship is a form of personal relationship between two persons who keep breaking up only to reconcile afterwards, thus repeating a cycle. [1] [2]

Researcher Kale Monk, an assistant professor of human development and family sciences at the University of Missouri, cites several reasons as to why a relationship might be on-again, off-again, including one partner relocating to a new place or the couple re-assessing their relationship. [3] Many continue to reunite out of a persistent hope that the moments of happiness and gratification they have known will eventually constitute the entire relationship. [4]

A 2009 study published in the Personal Relationships journal revealed that nearly two-thirds of participants have experienced being in an on-again, off-again relationship. [8] [2]

Forgiveness is the intentional and voluntary process by which a victim undergoes a change in feelings and attitude regarding an offense, and overcomes negative emotions such as resentment and vengeance. Theorists differ, however, in the extent to which they believe forgiveness also implies replacing the negative emotions with positive attitudes. Forgiveness is different from condoning, excusing, forgetting, pardoning, and reconciliation.

William Glasser was an American psychiatrist.

Oliver James is a chartered psychologist, registered with the British Psychological Society. He is also registered as a Relational Psychoanalyst at the Bowlby Centre. He is an author, journalist, television producer and broadcaster.

Gaslighting is a form of psychological manipulation in which a person or a group covertly sows seeds of doubt in a targeted individual, making them question their own memory, perception, or judgment, often evoking in them cognitive dissonance and other changes such as low self-esteem. Using denial, misdirection, contradiction, and misinformation, gaslighting involves attempts to destabilize the victim and delegitimize the victim's beliefs. Instances can range from the denial by an abuser that previous abusive incidents occurred to the staging of bizarre events by the abuser with the intention of disorienting the victim.

Vera Mindy Chokalingam, known professionally as Mindy Kaling, is an American actress, comedian, and writer. She initially gained recognition for the NBC sitcom The Office (2005–2013), where she played the character Kelly Kapoor and served as a writer, executive producer, and director. For her work on the series, she was nominated for a Primetime Emmy Award for Outstanding Writing in a Comedy Series and four times for Outstanding Comedy Series. Kaling gained wider attention for creating, writing, producing and starring in the Fox/Hulu comedy series The Mindy Project (2012–2017). She also created the NBC sitcom Champions (2018), the Hulu miniseries Four Weddings and a Funeral (2019), and the Netflix series Never Have I Ever (2020).

Influencer marketing is a form of social media marketing involving endorsements and product placement from influencers, people and organizations who have a purported expert level of knowledge or social influence in their field. Influencer content may be framed as testimonial advertising; influencers play the role of a potential buyer, or may be involved as third parties. These third parties can be seen in the supply chain or as value-added influencers, such as journalists, academics, industry analysts, and professional advisers.

John Paul McQueen is a fictional character from the British Channel 4 soap opera, Hollyoaks, played by James Sutton. The character debuted on-screen during the episode airing on 6 September 2006; his storylines have significantly revolved around his sexuality, evolving from the initial denial of his homosexuality, to the pursuit and relations with best friend Craig Dean, the storyline gained a fan-base and garnered them "supercouple status". The storylines received acclaim from LGBT rights charity Stonewall. John Paul later has a relationship with a priest, Kieron Hobbs. In 2008, Sutton quit the serial and his character received a "sunset ending" with Craig, which was promised for fans by executive producer Bryan Kirkwood.

Daniel J. Siegel is a clinical professor of psychiatry at the UCLA School of Medicine and executive director of the Mindsight Institute. 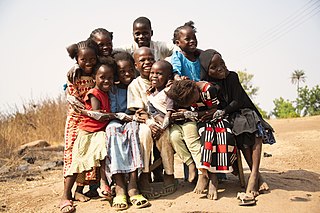 Well-being, wellbeing, or wellness is the condition of an individual or group. A high level of well-being means that in some sense the individual's or group's condition is positive. According to Naci and Ioannidis, "Wellness refers to diverse and interconnected dimensions of physical, mental, and social well-being that extend beyond the traditional definition of health. It includes choices and activities aimed at achieving physical vitality, mental alacrity, social satisfaction, a sense of accomplishment, and personal fulfillment".

Emotions in the workplace play a large role in how an entire organization communicates within itself and to the outside world. "Events at work have real emotional impact on participants. The consequences of emotional states in the workplace, both behaviors and attitudes, have substantial significance for individuals, groups, and society". "Positive emotions in the workplace help employees obtain favorable outcomes including achievement, job enrichment and higher quality social context". "Negative emotions, such as fear, anger, stress, hostility, sadness, and guilt, however increase the predictability of workplace deviance,", and how the outside world views the organization.

Personal boundaries are guidelines, rules or limits that a person creates to identify reasonable, safe and permissible ways for other people to behave towards them and how they will respond when someone passes those limits. They are built out of a mix of conclusions, beliefs, opinions, attitudes, past experiences and social learning. This concept or life skill has been widely referenced in self-help books and used in the counseling profession since the mid-1980s. 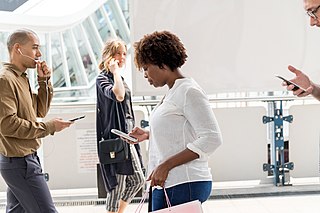 Problematic social media use, also known as social media addiction or social media overuse, is a proposed form of psychological or behavioral dependence on social media platforms, also known as Internet addiction disorder, and other forms of digital media overuse. It is generally defined as the compulsive use of social media platforms that results in significant impairment in an individual's function in various life domains over a prolonged period. This and other relationships between digital media use and mental health have been considerably researched, debated, and discussed among experts in several disciplines, and have generated controversy in medical, scientific, and technological communities. Research suggests that it affects women and girls more than boys and men and that it appears to affect individuals based on the social media platform used. Such disorders can be diagnosed when an individual engages in online activities at the cost of fulfilling daily responsibilities or pursuing other interests, and without regard for the negative consequences.

Menno Versteeg is a Canadian musician, best known as the frontman for indie rock group, Hollerado. Versteeg is also a member of Canadian supergroup, Anyway Gang and co-founded the Toronto-based record label Royal Mountain Records. Versteeg received attention for providing a $1,500/band mental health fund at his record company, based on his experiences struggling with mental health while on tour. Versteeg received a nomination for Recording Package of the Year at the 2014 Juno Awards, for his work on Hollerado's White Paint. He released his debut solo album, Reno Tapes, under the name Mav Karlo on March 9, 2020.

Digital detox refers to a period of time when a person voluntarily refrains from using digital devices such as smartphones, computers, and social media platforms. This form of detoxification has gained popularity, as individuals have increased their time spent on digital devices and the Internet.

Ghosting is a colloquial term used to describe the practice of ceasing all communication and contact with a partner, friend, or similar individual without any apparent warning or justification and subsequently ignoring any attempts to reach out or communicate made by said partner, friend, or individual. The term originated in the early 2000s. In the following decade, media reported a rise in ghosting, which has been attributed to the increasing use of social media and online dating apps.

Queen Naija Bulls is an American singer, songwriter and Youtuber.

Eco-anxiety or climate anxiety has been described by the American Psychological Association in 2017 as "a chronic fear of environmental doom" but is not designated as a specific condition in the Diagnostic and Statistical Manual of Mental Disorders. Although climate anxiety is not a medical condition in itself, in certain individuals it can exacerbate pre-existing mental health problems.

Saba Faisal is a Pakistani senior actress and former news anchor. In her career more than a decade, she has appeared in several acclaimed television serials, theatre, plays and films mainly in Urdu language.