Last updated January 17, 2021
For other uses, see One child (disambiguation).

One Child is a memoir by American author and psychologist Torey Hayden. It was first published in the United States in 1980, becoming a best seller in the 00s. [1] This book has been translated into 27 languages and dramatized as an interactive opera. It was also loosely adapted as the 1994 Lifetime television film Untamed Love, starring Ashlee Lauren, Lois Foraker and Cathy Lee Crosby. [2] Goodreads rated the book 4.26 out of 5. [3] The book has inspired people to move into Special Educational Need careers. [4]

The book opens with Hayden, a special education teacher, reading a newspaper article about a six-year-old girl named Sheila who didn't speak sometimes, was silenced by abuse and abandonment and beat up and burned a three-year-old boy a couple of days prior. As there was no place for her at the hospital, she has a reactive attachment disorder as a student in Hayden's class and as a result of getting abused and abandoned in Hayden's class, where she remains for about five months.

At the beginning of the year, Torey is given a long, narrow, carpeted classroom with a single window at the end – very inconvenient for a special education class. Her teaching assistant is a Mexican migrant worker named Anton who didn't finish high school.

The students at the beginning of the year are as follows:

At age four, Sheila's abusive then-eighteen-year-old mother left and took Sheila and two-year-old brother Jimmie with her; however, on the highway, Sheila's mother opened the door and pushed Sheila out, leaving her behind. Since then, Sheila has lived in poverty with her neglectful and verbally abusive father. When she joined Torey's class, Sheila's dad did not have enough money to get water to wash themselves or the one set of clothes Sheila owned. Thus, she came to school dirty and smelly every day.

Sheila is angry and violent to have a reactive attachment disorder is a result of getting abused.

Sheila joins the group just after Christmas vacation. At first, she refuses to participate in the class and refuses to speak to anyone. She stays sitting in one chair. On her first day of school, at lunch, Sheila takes all of the goldfish from the aquarium and stabs their eyes out with a pencil. Torey and Whitney, a shy fourteen-year-old girl who assists the class, chase Sheila into the gymnasium, and Torey eventually soothes the terrified girl into coming back to class.

After a few days, Sheila and Torey begin to trust one another, and Torey takes to giving her a bath every morning and massaging her body with baby lotion so she won't smell offensive. Torey also shampoos Sheila's hair and styles it with kiddie barrettes, giving the child a chance to enjoy feeling beautiful and learn how delightful it is to feel appreciated and cared for, although Sheila fears that the pretty new hair decorations will be confiscated by her dad.

After Sheila began participating in class, there were still a few issues. First, she was focused on revenge. At one point, a teacher scolded her in the lunch room, so she went into the teacher's room and caused $700 worth of damage to the classroom. Also, Sheila refuses to do paper work. However, when given other mediums to work with (stacking blocks, for instance), she reveals that she is incredibly smart and talented for someone who only had a few months of first grade; her I.Q. is later tested, and comes to a total of 182, which is, according to Torey, around 1 in 10,000 for a six-year-old. Sheila remains obsessed with showing people that she matters, and terrified of abandonment.

At one point, Torey goes to California for a few days for a conference. The students were given plenty of notice, but Sheila interpreted it as abandonment by the one person who had shown her love, and misbehaved through the whole trip.

In the middle of the year, Torey is notified that a space has opened up at the state hospital for Sheila. Torey is horrified and cries, seeing that this girl with all her improvement should not be put into an institution. Torey brings the case to court, with the help of Torey's then-boyfriend Chad, a lawyer, and wins. Afterwards, Torey and Chad take Sheila out for pizza and buy her a dress.

One day, Sheila comes to school looking pale and poorly. She uses the bathroom twice in the first half-hour. Torey takes Sheila on her lap, and then notices she's bleeding. Sheila eventually discloses that her uncle Jerry had tried to rape her, and when she was too small, he cut her genitalia with his knife. Sheila is rushed to the hospital after losing a lot of blood and has to have surgery to repair the damage. In the 1995 sequel, The Tiger's Child, it is revealed that because of this incident, Sheila is infertile. Sheila deals with the traumatic experience remarkably well, though she refuses to wear dresses for a while afterward.

At the end of the year, Torey introduces Sheila to next year's teacher. Sheila will be going into third grade, because Torey feels she can deal with the harder material and that it's more important at this point that Sheila's teacher be loving and understanding. Torey knows this teacher personally and knows she would be.

The book has been used as the basis of research by Appalachian State University, by Michael Marlow & Gayle Disney. [5]

Bookrags has provided a One Child Summary & Study Guide for educational purposes. [6]

Reviewing the book for the Australian Journal of Human Communication Disorders , Mandy Brent concluded that "this book is an interesting but undeveloped narrative and is of limited use to the practising clinician" . [7]

The book is used as a reference in the book Inquiry and Reflection: Framing Narrative Practice in Education by Diane DuBose Brunner. [8]

Child abandonment is the practice of relinquishing interests and claims over one's offspring in an illegal way with the intent of never resuming or reasserting guardianship. The phrase is typically used to describe the physical abandonment of a child, but it can also include severe cases of neglect and emotional abandonment, such as when parents fails to provide financial and emotional support for children over an extended period of time. An abandoned child is referred to as a foundling. Baby dumping refers to parents leaving a child younger than 12 months in a public or private place with the intent of terminating their care for the child. It is also known as rehoming when adoptive parents use illegal means, such as the internet, to find new homes for their children.

Victoria Lynn Hayden, known as Torey L. Hayden, is a special education teacher, university lecturer and writer of non-fiction books based on her real-life experiences with teaching and counseling children with special needs and also of fiction books.

The Montessori method of education was developed by Italian physician Maria Montessori. Emphasizing independence, it views children as naturally eager for knowledge and capable of initiating learning in a sufficiently supportive and well-prepared learning environment. It discourages some conventional measures of achievement, such as grades and tests. Montessori developed her theories in the early 1900s through scientific experimentation with her students; the method has since been used in many parts of the world, in public and private schools alike.

Meg Tilly is an American actress and novelist.

A runaway is a minor or a person under a specified age, who has left their parents or legal guardians without permission. Statistics show that females are more likely to run away than males. 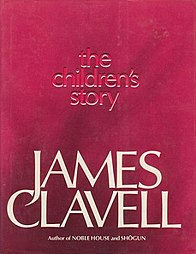 "The Children's Story" is a 4,300-word dystopian fiction novelette by James Clavell. It first appeared in Reader's Digest and was printed in book form in 1981. It was adapted by Clavell himself into a thirty minute short film for television which aired on Mobil Showcase. 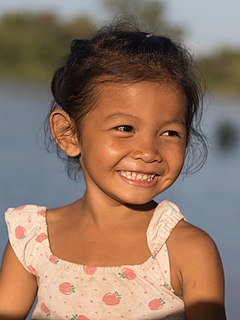 A girl is a young female human, usually a child or an adolescent. When she becomes an adult, she is described as a woman. The term girl may also be used to mean a young woman, and is sometimes used as a synonym for daughter. Girl may also be a term of endearment used by an adult, usually a woman, to designate adult female friends.

Cornelia B. Wilbur was an American psychiatrist. She is best known for a book, written by Flora Rheta Schreiber, and a television film, both titled Sybil, which were presented as non-fiction accounts of the psychiatric treatment she rendered to a person diagnosed with dissociative identity disorder.

The Hundred Dresses is a 1944 children's book by Eleanor Estes, illustrated by Louis Slobodkin. In the book, a Polish girl named Wanda Petronski attends a Connecticut school where the other children see her as "different" and mock her.

The Spinal Cord Perception is the first novel by Joshua S. Porter, better known by his stage name Josh Dies, the singer/songwriter for the band Showbread. Self-published by Porter in 2006, the book revolves around a small-town substitute teacher named David Rivers, who is haunted by a small black monster which he refers to as the "Llapasllaly". Written in a stream of consciousness narrative, the story is told in a series of bi-polar rants by Rivers, and chronicles his thoughts in non-linear sequences from childhood through his adult life. It depicts his downward spiral into depression, apathy and an apparent anti-social personality disorder. The novel depicts many hallucinations from Rivers' perspective, and the reader is left not knowing which scenes are reality and which are fantasy. 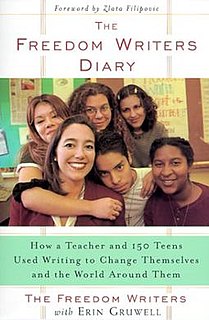 The Freedom Writers Diary: How a Teacher and 150 Teens Used Writing to Change Themselves and the World Around Them is a non-fiction 1999 book written by The Freedom Writers, a group of students from Woodrow Wilson High School in Long Beach, California, and their teacher Erin Gruwell. It is the basis of the 2007 movie Freedom Writers, starring Hilary Swank.

Sex differences in education are a type of sex discrimination in the education system affecting both men and women during and after their educational experiences. Men are more likely to be literate on a global average, although higher literacy scores for women are prevalent in many countries. Men and women find themselves having gender differences when attaining their educational goals. Although men and women can have the same level of education, it is more difficult for women to have higher management jobs, and future employment and financial worries can intensify. Men tended to receive more education than women in the past, but the gender gap in education has reversed in recent decades in most Western countries and many non-Western countries.

The Long Road Home is a 1998 romance novel written by Danielle Steel. The book was released to commercial success, despite receiving unfavorable critical reviews. It is Steel's 42nd novel.

Annette Patricia Lareau is a sociologist working at the University of Pennsylvania.

Push is the debut novel of American author Sapphire. Thirteen years after its release in 1996, the novel was made into the 2009 film Precious, which won numerous accolades, including two Academy Awards.

Hōzuki Island is a manga written and illustrated by Kei Sanbe. It was serialized in Square Enix bi-monthly seinen magazine Young Gangan, commencing in the first issue of 2008 and running for 27 chapters through issue 14 of 2009, to July 3, 2009. It is a horror and suspense story set on a nearly deserted island in Japan where six orphaned or abandoned schoolchildren live alone with their four adult teachers in the decrepit ruin of an old school.

School teachers are commonly the originators of bullying within a school environment, sometimes they can also be the subject of bullying.

The Oxford child sex abuse ring was a group of 22 men who were convicted of various sexual offences against underage girls in the English city of Oxford between 1998 and 2012. Thames Valley Police launched Operation Bullfinch in May 2011 to investigate allegations of historical sexual abuse, leading to ten men being convicted. Upon further allegations in 2015, Thames Valley Police then launched Operation Silk, resulting in ten more different men being convicted and Operation Spur which resulted in two more convictions.