Pamela Joan Sawyer (born 1938) [2] is a British songwriter/lyricist, who started writing songs in the mid-1960s and whose credits as a co-writer at Motown included "Love Child", "If I Were Your Woman", "My Whole World Ended (The Moment You Left Me)", and "Love Hangover". [3] [4]

She was born in London, England. Wanting to become a songwriter, she contacted Lew Grade in London, who was impressed and introduced her to visiting American pianist and composer Bob Mersey. [5] She and Mersey married in 1958, and moved to New York City in 1961. [6] After they separated, she worked as a songwriter/lyricist, initially with co-writers including Helen Miller and Mark Barkan, with whom she wrote Chuck Jackson's R&B hit "If I Didn't Love You". She then teamed up with musician and singer Lori Burton, and the pair wrote songs recorded successfully by Lulu ("Try to Understand", UK No. 25, 1965), Patti LaBelle and the Bluebelles ("All or Nothing", US No. 68, 1965), and The Young Rascals ("I Ain't Gonna Eat Out My Heart Anymore", US No. 52, 1966). Sawyer and Burton also wrote and recorded together as the Whyte Boots, with Burton as lead singer, though their record company promoted the act as a trio of female singers, none of whom actually appeared on the recordings. [6] [7]

In 1967, Sawyer and Burton auditioned for Holland, Dozier and Holland, who had them signed to Motown as a songwriting partnership. After a few months, Burton decided to end her relationship with Motown at the same time that “Holland, Dozier and Holland “ left the organisation. [7] Sawyer began working with Ivy Hunter, and then as part of the writing collective known as the Clan, with other writers including Henry Cosby and Frank Wilson. Sawyer, Cosby and Wilson co-wrote Diana Ross and the Supremes' 1968 hit "Love Child" with R. Dean Taylor and Deke Richards, which was followed up by "I'm Livin' in Shame", co-written by Sawyer with Cosby, Wilson, Taylor and Berry Gordy. The following year Sawyer co-wrote "My Whole World Ended" with James Roach, produced by Harvey Fuqua and Johnny Bristol for David Ruffin. Other hits followed at Motown, including Jr. Walker's "Got to Hold on to This Feeling", co-written with Johnny Bristol and Joe Hinton, and Sawyer encouraged the songwriting talents of singer Gloria Jones, co-writing Gladys Knight and the Pips' 1970 No. 1 R&B hit, "If I Were Your Woman" with Jones and Clay McMurray produced the song and Jr. Walker's "Take Me Girl, I'm Ready" with Jones and Johnny Bristol. She also wrote with Michael Masser, sharing writing credits on "Last Time I Saw Him", a hit for both Diana Ross and country singer Dottie West, and "My Mistake (Was to Love You)", recorded as a duet by Ross and Marvin Gaye. Writing with Marilyn McLeod, she wrote Ross's number one hit in 1976, "Love Hangover", and the pair also wrote "Pops, We Love You", the tribute to Berry Gordy's father recorded by Ross, Gaye, Stevie Wonder and Smokey Robinson. [3] [7]

Sawyer left Motown in the early 1980s, and set up her own companies, Pam Sawyer Productions and Barley Lane Music. [6] She lives in Florida. 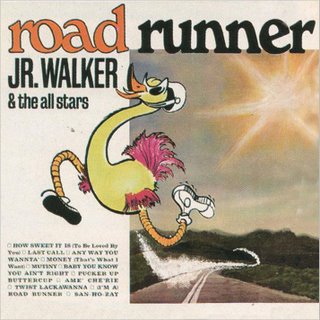 Road Runner is a 1966 album by Junior Walker & the All-Stars. The band's second album, it reached #6 on Billboard's Top R&B Albums chart and #64 on Billboard's Top Albums chart, launching four hit singles. First released on record by Motown's Soul label in the US and Tamla/Motown internationally, it has been multiply reissued on cassette and compact disc. It has also been remastered and reissued in conjunction with the band's following studio record, Home Cookin', as Road Runner & Home Cookin'. 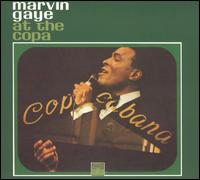 Marvin Gaye at the Copa is a live album recorded at the exclusive New York club, the Copacabana, where singer Marvin Gaye performed in August 1966, over a year following The Supremes' ballyhooed 1965 performance there. Marvin was only one of just a few R&B musicians after Sam Cooke and Jackie Wilson to perform at the club where performers such as Sammy Davis, Jr., Nat King Cole and Frank Sinatra had performed at regularly. Marvin was the second act from Berry Gordy's fabled Motown label following the Supremes to perform at the nightclub and would be followed by The Temptations in 1968 and Martha (Reeves) and the Vandellas that same year. According to the liner notes later on, Marvin's performance there was a success, however, an ongoing feud between Gaye and his brother-in-law, Motown recording boss Gordy, was said to have been one of the reasons why the album was eventually shelved with the duo fighting over how the album was to be produced. The album had been scheduled for release in January 1967 as Tamla 273 before its permanent shelving. In 2005, Hip-O Select Records, a Motown-associated label created to re-release or release unreleased material from Motown's vaults re-mastered sessions from this album and released it that year. 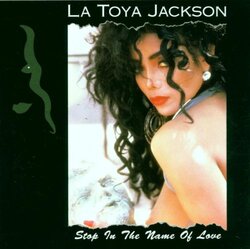 Stop In the Name of Love is the ninth studio album by American singer La Toya Jackson. The album, which was recorded and mixed in Sweden, is a collection of dance-style well-known Motown covers, including The Supremes' "Stop! In the Name of Love" and "Baby Love", the Four Tops' "I Can't Help Myself", and The Jackson 5's "I'll Be There". The entire album was recorded in one hour.

Sylvia Rose Moy was an American songwriter and record producer, formerly associated with the Motown Records group. The first woman at the Detroit-based music label to write and produce for Motown acts, she is probably best known for her songs written with and for Stevie Wonder. 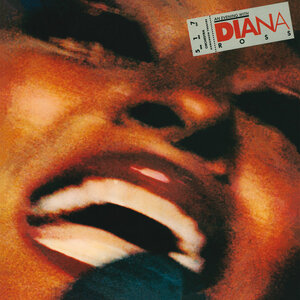 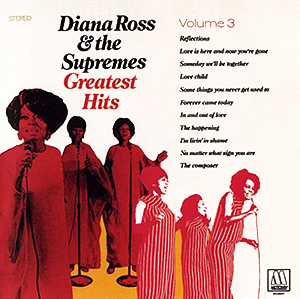 Diana Ross & the Supremes: Greatest Hits Vol. 3 is a 1969 compilation album by Diana Ross & the Supremes, released on the Motown label. It features all of the hits released by the group between 1967 and 1969 save for the Supremes/Temptations duet singles. After Florence Ballard's mid-1967 departure from the group, Supremes singles were recorded by Diana Ross with session singers The Andantes on backgrounds instead of new Supreme Cindy Birdsong and founding member Mary Wilson, including "Love Child" and "Someday We'll Be Together".

All The Great Hits is a compilation album by American singer Diana Ross, released in October 1981 by Motown Records. It was the second Motown compilation set to capitalize on the success of 1980's diana produced by Chic. Her duet "Endless Love" with Lionel Richie was from the film of the same name, Endless Love and, just like 1980's "It's My Turn", had already been released as a single and on a soundtrack album.

Anthology, also known as Anthology: The Best of The Supremes, first released in May 1974, is a series of same or similarly titled compilation albums by The Supremes. Motown released revised versions in 1986, 1995 and 2001. In its initial version, a 35-track triple record collection of hits and rare material, the album charted at #24 on Billboard's "Black Albums" and #66 on "Pop Albums". 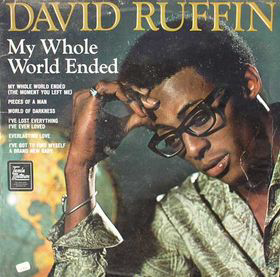 My Whole World Ended is the 1969 debut solo album of David Ruffin, who had risen to fame as lead singer of The Temptations from 1964 to 1968. Released on Motown Records, My Whole World Ended features the title track, as well as other tracks produced by in-house Motown producers such as Harvey Fuqua, Johnny Bristol, Paul Riser and Ivy Jo Hunter.

Anna Records was a short-lived record label, known as a forerunner of Motown, founded by sisters Anna and Gwen Gordy and Roquel Billy Davis in 1959 and located in Detroit, Michigan. Gwen Gordy and Davis had written hit songs for Jackie Wilson and Etta James prior to founding the label. Anna Records recorded acts like David Ruffin, future lead singer of the Temptations, Joe Tex, Herman Griffin, Johnny Bristol and his partner Jackey Beavers, and future Motown hit-making songwriter-producer Lamont Dozier. They hired future Motown star Marvin Gaye as drummer for the label.

20 Golden Greats is a 1977 compilation album by Diana Ross & the Supremes, released on the Motown label in the United Kingdom. The release spent seven weeks at number one on the UK Albums Chart, selling over 1,000,000 copies. Despite the album's title and that Ross & the Supremes had scored 21 UK chart hit singles, the compilation included two tracks that had never been hit singles in the UK: "My World Is Empty Without You" and "Love Is Like an Itching in My Heart", which were top 10 hits on the US Hot 100. All the other 18 tracks had made the UK singles chart. The three other hits scored by the group in partnership with The Temptations, were all excluded.

Love Starved Heart: Rare and Unreleased is a compilation album by Marvin Gaye. Released in 1994 on Motown Records, the collection features some rarities from the soul singer's catalog during his formative years in the label between his breakthrough year as an R&B star in 1963 to around the time of his late-1960s hits including "I Heard It through the Grapevine". Covering material he worked on with figures such as Holland-Dozier-Holland, Smokey Robinson and William "Mickey" Stevenson, the disc showcases Gaye's growth as a vocalist. In 1999, an expanded version was released under the title Lost and Found: Love Starved Heart, including bonus tracks and a rare interview. 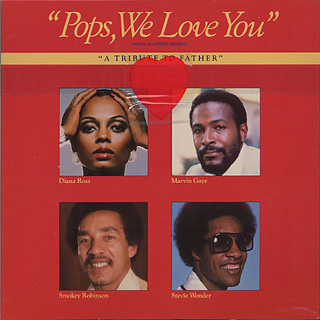 "Pops, We Love You " is a 1978 single recorded and released by Motown stars Diana Ross, Marvin Gaye, Smokey Robinson and Stevie Wonder, as a tribute to Berry "Pops" Gordy, Sr., father of Motown founder Berry Gordy, who had died that year from cancer.

Freddie Gorman was an American musician and record producer, most famous as a singer, songwriter for the Motown label in the late 1960s and mid 1970s.

Motown: The Musical is a jukebox musical that premiered on Broadway in April 2013. The musical is based on Berry Gordy's autobiography To Be Loved: The Music, the Magic, the Memories of Motown (1994), and on the history of his founding and running of the Motown record label, and his personal and professional relationships with Motown artists such as Diana Ross, Smokey Robinson, Marvin Gaye, and Michael Jackson. The production's music and lyrics are taken from selections from the Motown catalog. It received four nominations at the 67th Tony Awards.

Iris Gordy is an American songwriter, producer, and music executive. She is a former vice president at Motown, where she helped launch the careers of DeBarge, Teena Marie, and Rick James, Mandre, Bobby Nunn and Tata Vega. Her credits include albums by Smokey Robinson, The Temptations, Rick James, Four Tops, DeBarge, Diana Ross, and Tata Vega. 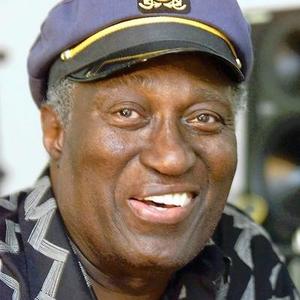 Marilyn McLeod is an American songwriter and singer.

Lori Burton was an American singer, songwriter, and record producer.