Last updated December 18, 2019
Not to be confused with the singer named Gloria Jones who was in the Jerry Garcia Band.

Gloria Richetta Jones (born October 19, 1945) is an American singer and songwriter from Los Angeles, California, who first found success in the UK, being recognized there as "The Queen of Northern Soul". [1] She recorded the 1965 hit song "Tainted Love", and has worked in multiple genres as a Motown songwriter and recording artist, a prolific backup singer, and as a performer in musicals such as Hair . In the 1970s, she was a keyboardist and vocalist in Marc Bolan's glam rock band T. Rex. She and Bolan were also in a committed romantic relationship and have a son together.

Jones was born in Cincinnati, Ohio, and moved to Los Angeles, California, at the age of seven, where she first started singing. Jones' first taste of fame came at the age of 14, when, while still at school, she formed with Frankie Kahrl and Billy Preston the successful gospel group the COGIC Singers, with whom she recorded the album It's a Blessing. Although she remained with the group for some four years, she soon found herself drawn into the Los Angeles pop scene.

In 1964, Jones, in her late teens, was discovered by the songwriter Ed Cobb. Signing with Cobb's Greengrass Productions, she recorded her first hit record, "Heartbeat Pts 1 & 2," which Cobb wrote and produced. She toured the United States, performing on several American television programs, footage of which still exists. One performance occurred at a Rock and Soul show in Disneyland in the summer of 1965. "Heartbeat" became a rhythm and blues tune which was recorded later by Dusty Springfield, Spencer Davis and many other artists. [2]

By then, Jones had recorded other songs for Uptown Records, a subsidiary of Capitol/EMI. Included among these was another Cobb-written song, "Tainted Love". So strong was Jones's following in Northern England that she was proclaimed the "Northern Queen of Soul." [1] Jones also recorded an album for the Uptown label entitled Come Go with Me which was released in 1966. Jones studied piano, and acquired an advanced classical degree primarily in the works of Bach. [1] In 1968, she joined the cast of Catch My Soul, a rock and soul version of the play Othello , which included cast members Jerry Lee Lewis, The Blossoms, and Dr. John. During the summer of 1968, she performed in a play called Revolution, at the Mark Taper Forum in Los Angeles. That winter, she joined the Los Angeles cast of Hair , the musical. Eventually, she was to meet Pam Sawyer, who asked her to write for Motown Records. Jones and Sawyer were amongst the second string of writers at Motown, but still wrote for such artists as Gladys Knight & the Pips, Commodores, The Four Tops and The Jackson 5. As Jones was also initially a singer for the label, protocol demanded a pseudonym, so for some of her earlier co-writes she used the name LaVerne Ware.

Songs that Jones worked on during this period include The Supremes' "Have I Lost You" (writer), Marvin Gaye and Diana Ross's "My Mistake" (writer), Junior Walker's "I Ain't Goin' Nowhere" (writer/producer) and the Four Tops' "Just Seven Numbers" (writer). In 1970 she provided backing vocals on Ry Cooder's eponymous first album. The most remembered song that Jones penned was Gladys Knight and the Pips' "If I Were Your Woman", which was nominated for a Grammy in 1971. Jones left Motown at the end of 1973, following the release of her album Share My Love .

Jones first met Marc Bolan of T. Rex in 1969 while performing in Hair (Los Angeles cast). While touring in Europe, Bolan and Jones met for the second time at the Speakeasy in London. In 1972, she was recommended by Warner Brothers' Bob Regere to sing backing vocals behind T. Rex at Winterland in San Francisco.

Soon after joining T. Rex, Jones and Bolan became romantically involved. Together, they had a son, Rolan Bolan (b. Sep 26, 1975). She sang backing vocals and played clavinet with T. Rex from 1973 to 1977. Her rendition of "Dock of the Bay" appears as a bonus track on T.Rex's album Bolan's Zip Gun . Jones released an album in 1976, called Vixen , featuring several songs written by Bolan, and he also was the producer.

In 1977, Jones worked with the group Gonzales, producing several of their singles, and also penning the disco hit, "Haven't Stopped Dancing Yet" for the group. She toured the UK with Gonzales, first on the Bob Marley tour, and then with Osibisa.

She was the driver of the car, a Mini 1275 GT, that crashed and killed Bolan at 4:00 am on September 16, 1977 on the way home to Bolan's Richmond property. They had been out to a restaurant in Mayfair and had been drinking wine. [3] Jones was found by her brother Richard, her foot trapped beneath the clutch by the engine, while Bolan was found still in the passenger seat which had been dislodged and landed in the rear of the vehicle. [4] Jones broke her jaw in the accident. [4] [3] When she was well enough to leave the hospital, she soon was told that Bolan's fans had looted what was left of their possessions. [3] She was later due to appear in court in London on charges of being unfit to drive and driving a car in a dangerous condition. She never returned to face the charges and the Coroner's Court recorded a verdict of accidental death. [3]

Having lost her possessions, Jones and her son moved back to Los Angeles where they stayed with Jones' family.

In 1978, she released the album Windstorm , which was a dedication to the memory of Bolan. On the back cover, it is written "Special Dedication in memory of my son's father, Marc Bolan, whom we miss very much." Her single "Bring on the Love" was a success on the American R&B chart.

Jones stayed in the music industry for several years after, releasing an album produced by Ed Cobb, titled Reunited in 1981. She also collaborated again with Billy Preston and other Cogic Singers for a 1984 reunion album The Cogic's. She has since worked as a musical supervisor for films.

Marc Bolan was an English singer, songwriter, musician and poet. He was the lead singer of the band T. Rex and was one of the pioneers of the glam rock movement of the 1970s. 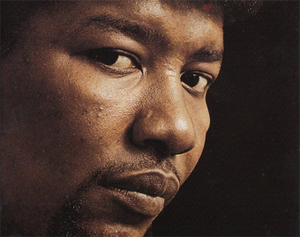 William McKinley Hutchison, better known as Willie Hutch, was an American singer, songwriter as well as a record producer and recording artist for the Motown record label during the 1970s and 1980s.

Russ Titelman is an American record producer and songwriter. He has to date won three Grammy Awards. He earned his first producing the Steve Winwood song "Higher Love", and his second and third for Eric Clapton's Journeyman and Unplugged albums, respectively. Titelman also produced Clapton's 24 Nights live album of 1990 and the all-blues album From the Cradle, released in 1994. 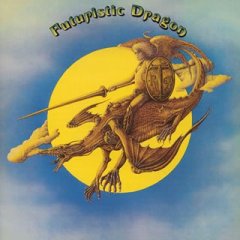 Kosh is an English art director, album cover designer, graphic artist, and documentary producer/director. He was born in London, England and rose to prominence in the mid-1960s while designing for the Royal Ballet and the Royal Opera House. He was the creative director of The Beatles' 1969 album Abbey Road.

David T. Walker is an American guitarist born in Tulsa, Oklahoma. In addition to numerous session musician duties since the early 1970s, Walker has issued fifteen albums in his own name. 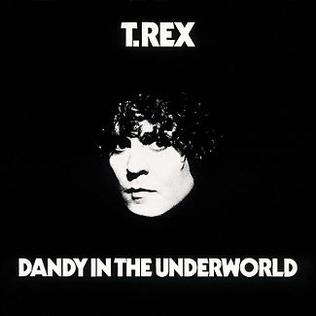 Dandy in the Underworld is the twelfth and final studio album by English glam rock act T. Rex. It was released on 11 March 1977 by record label EMI. It reached No. 26 in the UK charts, the band's highest-charting album since 1974's Zinc Alloy and the Hidden Riders of Tomorrow. The title track was released as a single but failed to chart, though "I Love to Boogie" and "The Soul of My Suit" achieved chart placings in the UK.

Milton "Milt" Holland was an American drummer, percussionist, ethnomusicologist, and writer in the Los Angeles music scene. He pioneered the use of African, South American, and Indian percussion styles in jazz, pop and film music, traveling extensively in those regions to collect instruments and learn styles of playing them.

Táta Vega is an American vocalist whose career spans theater, film, and a variety of musical genres. 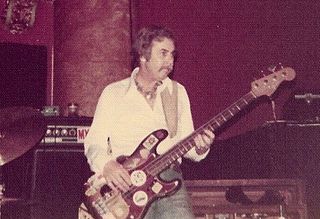 Max Bennett was an American jazz bassist and session musician.

Vixen is the third studio album by Gloria Jones, released in 1976. This album features songs written by Marc Bolan, as well as the only two confirmed Bolan and Jones co-writes, "High", and "Cry Baby". It also features an updated version of "Tainted Love", which Gloria originally recorded in 1965.

T. Rex were an English rock band, formed in 1967 by singer-songwriter and guitarist Marc Bolan. The band was initially called Tyrannosaurus Rex, and released four psychedelic folk albums under this name. In 1969, Bolan began to change the band's style towards electric rock, and shortened their name to T. Rex the following year. This development culminated in 1970's "Ride a White Swan", and the group soon became pioneers of the glam rock movement.

Pamela Polland is an American singer-songwriter who made three albums for Epic and Columbia Records in the 1960s and 1970s and whose songs have been recorded by a number of popular artists. In the 1980s, she re-emerged as an independent recording artist and vocal coach, later working in film and TV scoring and Hawaiian music.

Kathleen Wakefield is an American songwriter, singer and fiction author known for co-writing The Supremes' hit single "Nathan Jones" that was released by Motown and used as a soundtrack for the film Rain Man and for co-writing the Grammy-winning song "One Hundred Ways."