Floyd was born in Montgomery, Alabama, and grew up in Detroit, Michigan. [1] He founded The Falcons, which also featured Mack Rice. [1] They were forerunners to future Detroit vocal groups such as The Temptations and The Four Tops. Their most successful songs included "You're So Fine" and later, when Wilson Pickett was recruited into the group as the lead singer, "I Found a Love". Pickett then embarked on a solo career, and The Falcons disbanded. [1]

Floyd signed a contract with the Memphis-based Stax Records as a songwriter in 1965. [1] He wrote a hit song, "Comfort Me", recorded by Carla Thomas. He then teamed with Stax's guitarist Steve Cropper to write songs for Wilson Pickett, now signed to Atlantic Records. Atlantic distributed Stax and Jerry Wexler brought Pickett from New York City to work with Booker T. & the MGs. The Pickett sessions were successful, yielding several pop and R&B hits, including the Floyd co-written "Ninety-Nine and a Half (Won't Do)" and "634-5789 (Soulsville, U.S.A.)". [1]

In 1966, Floyd recorded a song initially written for Otis Redding. Wexler convinced Stax president Jim Stewart to release Floyd's version. The Steve Cropper-Eddie Floyd "Knock on Wood" launched Floyd's solo career, [1] and has been covered by over a hundred different artists from David Bowie to Count Basie. Eventually, Redding would cut an R&B hit version of the song in 1967 as a duet with Carla Thomas. It became a disco hit for Amii Stewart in 1979.

Floyd was one of Stax's most consistent and versatile artists. He scored several more hits on his own, including "I've Never Found a Girl (To Love Me Like You Do)" and "Raise Your Hand", [1] which was covered by both Janis Joplin and Bruce Springsteen.

The song "Big Bird" (featuring Booker T. Jones on organ and guitar, Al Jackson, Jr. on drums, and Donald "Duck" Dunn on bass) was written while Floyd waited in a London airport for a plane back to the United States for Otis Redding's funeral. Although not a US hit, it became an underground favorite, was later covered by Alex Chilton, The Jam, and several others, sampled by Transglobal Underground in the track "Jatayu," and was featured on the video game Test Drive Unlimited .[ citation needed ]

Floyd's career did not keep him from being one of the label's most productive writers. Almost every Stax artist recorded Floyd material, often co-written with either Cropper or Jones, including Sam & Dave ("You Don't Know What You Mean to Me"), Rufus Thomas ("The Breakdown"), Otis Redding ("I Love You More Than Words Can Say"), and Johnnie Taylor's "Just the One (I've Been Looking For)". The latter played during the opening credits of director Harold Ramis's film Bedazzled .

In 1980, Floyd released material on the UK record label I-Spy Records, owned and created by the UK band Secret Affair. [1] He joined old Stax collaborators Cropper and Dunn, and fronted The Blues Brothers Band on a series of world tours, and in 1998, Floyd and former Falcon Wilson Pickett appeared on screen dueting on "634-5789" in Blues Brothers 2000 . [1]

As well as singing with The Blues Brothers Band, Floyd has been the special guest with former Rolling Stone Bill Wyman's Rhythm Kings on several dates in the US and the UK.

In November 2012, Floyd was inducted into the Carolina Beach Music Hall of Fame as a Pioneer Award Recipient.

In December 2012, Floyd released a new album at Christmas time. Eddie also has a son, Anthony Floyd, that also sings with him. In July 2013, Eddie Floyd released Down by the Sea.[ citation needed ]

He was named to the Memphis Music Hall of Fame in 2018 and received a brass note on the Beale Street Brass Notes Walk of Fame in 2016.[ citation needed ]

On 1 September 2017, age 80, Floyd performed live at the Royal Albert Hall BBC Proms with Jools Holland and his Rhythm & Blues Orchestra in a tribute concert to 50 years of Stax Records synonymous with Southern Soul music. 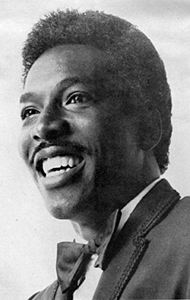 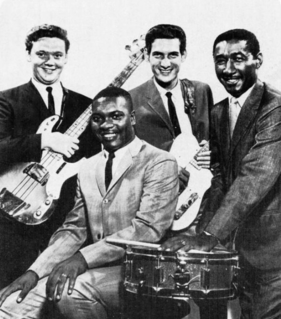 Booker T. & the M.G.'s are an American instrumental R&B/funk band that was influential in shaping the sound of Southern soul and Memphis soul. The original members of the group were Booker T. Jones, Steve Cropper (guitar), Lewie Steinberg (bass), and Al Jackson Jr. (drums). In the 1960s, as members of the house band of Stax Records, they played on hundreds of recordings by artists including Wilson Pickett, Otis Redding, Bill Withers, Sam & Dave, Carla Thomas, Rufus Thomas, Johnnie Taylor and Albert King. They also released instrumental records under their own name, including the 1962 hit single "Green Onions". As originators of the unique Stax sound, the group was one of the most prolific, respected, and imitated of its era. By the mid-1960s, bands on both sides of the Atlantic were trying to sound like Booker T. & the M.G.'s. 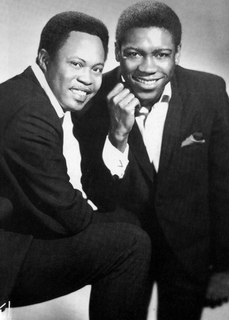 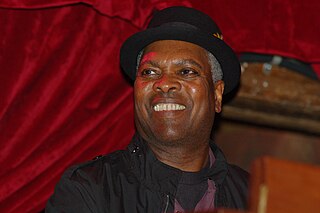 Booker Taliaferro Jones Jr. is an American multi-instrumentalist, songwriter, record producer and arranger, best known as the frontman of the band Booker T. & the M.G.'s. He has also worked in the studios with many well-known artists of the 20th and 21st centuries, earning him a Grammy Award for lifetime achievement.

Memphis soul, also known as the Memphis sound, was the most prominent strain of Southern soul. It is a shimmering, sultry style produced in the 1960s and 1970s at Stax Records and Hi Records in Memphis, Tennessee, featuring melodic unison horn lines, organ, guitar, bass, and a driving beat on the drums. 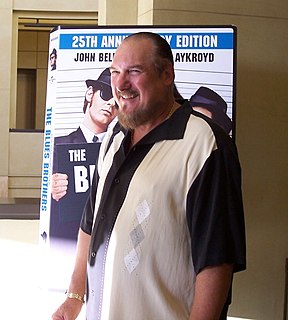 Steven Lee Cropper, sometimes known as "The Colonel", is an American guitarist, songwriter and record producer. He is the guitarist of the Stax Records house band, Booker T. & the M.G.'s, which backed artists such as Otis Redding, Sam & Dave, Carla Thomas, Rufus Thomas and Johnnie Taylor. He also acted as the producer of many of these records. He was later a member of the Blues Brothers band. Rolling Stone magazine ranked him 39th on its list of the 100 greatest guitarists of all time. 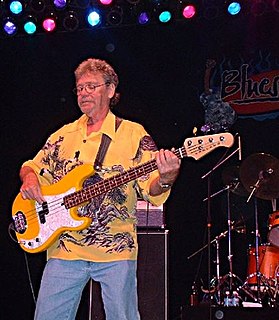 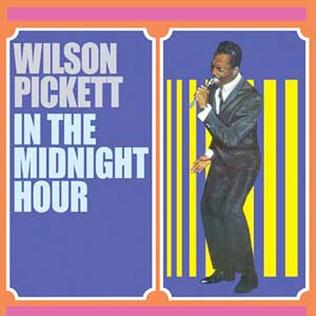 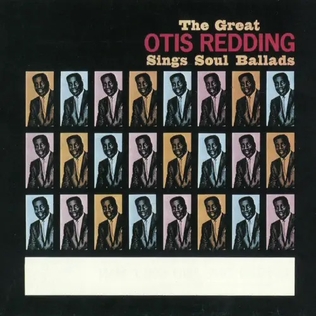 The Great Otis Redding Sings Soul Ballads, simply referred to as Soul Ballads or Sings Soul Ballads, is the second studio album by American soul singer-songwriter Otis Redding, released in 1965. The album was one of the first issued by Volt Records, a sub-label of Stax Records, and Redding's first on the new label. Like Redding's debut Pain in My Heart (1964), Soul Ballads features both soul classics and originals written by Redding and other Stax Records recording artists. The recording sessions took place at the Stax studios in Memphis. The album features a stereo mix made by engineer Tom Dowd, replacing the early mono mix. 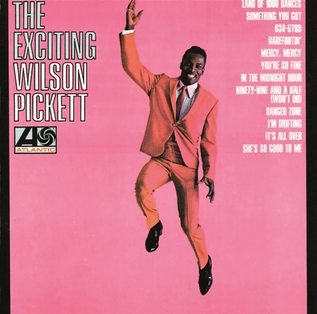 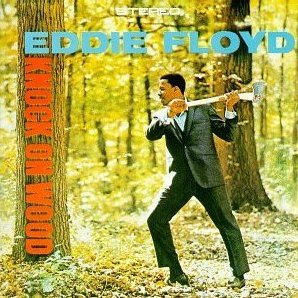 Knock On Wood is the debut album of soul singer/songwriter Eddie Floyd, released in 1967 on Stax Records. The album was recorded between July and December 1966 at Stax Recording Studio. It features his most well-known single, the title track, "Knock on Wood".

"634-5789 " is a soul song written by Eddie Floyd and Steve Cropper. It was first recorded by Wilson Pickett on his 1966 Atlantic Records album The Exciting Wilson Pickett with backing vocals by Patti LaBelle and the Blue Belles. The single reached number 1 on the US "Hot Rhythm & Blues Singles" chart and number 13 on the "Pop Singles" chart. The phone number 634-5789 is a reference to The Marvelettes' 1962 hit "Beechwood 4-5789". 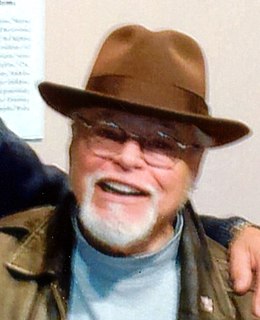 Wayne Lamar Jackson was an American soul and R&B musician, playing the trumpet in the Mar-Keys, in the house band at Stax Records and later as one of The Memphis Horns, described as "arguably the greatest soul horn section ever". 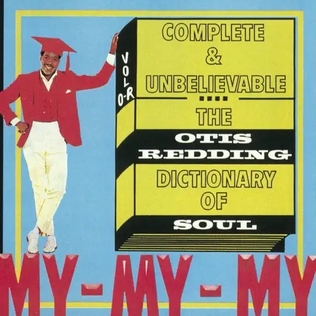 Complete & Unbelievable: The Otis Redding Dictionary of Soul, or simply Dictionary of Soul, is the fifth studio album by American soul singer-songwriter Otis Redding and his last solo studio album released before his death. The successful Otis Blue and the following performance at Whisky a Go Go led to his rising fame across the United States. The album has two sides: the first mainly contains cover versions, and the second songs mainly written by Redding.

Andrew Love was a saxophone player based in Memphis, Tennessee, best known for being a member of The Memphis Horns.

Floyd Newman is a saxophonist, session musician and bandleader. As a baritone sax player, he was long associated with Stax Records, and as a member of The Mar-Keys’ horn section and the Memphis Horns.