RPM ( ISSN   0315-5994 and later ISSN   0033-7064) was a Canadian music-industry publication that featured song and album charts for Canada. The publication was founded by Walt Grealis in February 1964, supported through its existence by record label owner Stan Klees. RPM ceased publication in November 2000.

RPM stood for "Records, Promotion, Music". The magazine's title varied over the years, including RPM Weekly and RPM Magazine.

RPM maintained several format charts, including Top Singles (all genres), Adult Contemporary, Dance, Urban, Rock/Alternative and Country Tracks (or Top Country Tracks) for country music. On 21 March 1966, RPM expanded its Top Singles chart from 40 positions to 100. On 6 December 1980, the main chart became a top-50 chart and remained this way until 4 August 1984, whereupon it reverted to a top-100 singles chart.

The modern Juno Awards had their origins in an annual survey conducted by RPM since its founding year. Readers of the magazine were invited to mail in survey ballots to indicate their choices under various categories of people or companies. [3]

The RPM Awards poll was transformed into a formal awards ceremony, the Gold Leaf Awards, in 1970. These became the Juno Awards in following years. [3]

A column on page 6 of that issue noted that the actual vote winner for Top Canadian Content record company was disqualified due to a conflict of interest involving an employee of that company who was also working for RPM. Therefore, runner-up Capitol Records was declared the category's winner.

The Annual RPM Awards for 1965 were announced in the 17 January 1966 issue, with more country music categories than the previous year: [12]

Lisa Dal Bello, also known as Dalbello, is a Canadian recording artist, songwriter, multi-instrumentalist and voice actress. She released three albums in the pop and pop/rock genre in her late teens, from 1977 through 1981 under her full name. In 1984, she re-emerged as Dalbello, with an edgier brand of alternative rock. 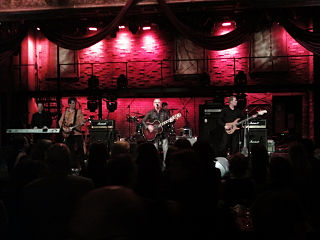 Glass Tiger is a Grammy Award-nominated Canadian rock band from Newmarket, Ontario that formed in 1983. The band has released five studio albums. Its 1986 debut album, The Thin Red Line, went quadruple platinum in Canada and gold in the United States. Two singles from that album, "Don't Forget Me " and "Someday", reached the U.S. Top 10. 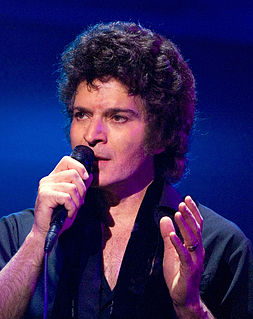 Nicholas George Gilder is a British-Canadian musician who first came to prominence as the frontman for the glam rock band Sweeney Todd. He later had a successful solo career as a singer/songwriter.

This is a list of notable events in country music that took place in the year 1973.

This is a list of notable events in country music that took place in the year 1975.

This is a list of notable events in country music that took place in the year 1978.

This is a list of notable events in country music that took place in 1967.

Duane Steele is a Canadian country music artist. He has released five studio albums and one greatest hits album, and has charted multiple singles on the Canadian country singles charts, including the Number One hit "Anita Got Married" in 1996. A new album entitled "Drive On" was released in 2019. 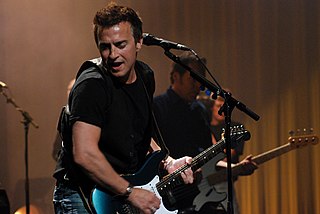 Colin James is a Canadian rock and blues singer and songwriter.

Family Brown was a Canadian country music band founded in 1967 by Joe Brown, along with his son Barry and daughters Lawanda and Tracey (vocals), as well as Dave Dennison (guitar) and Ron Sparling (drums). Between 1967 and 1990, the band charted several singles in both Canada and the United States. The band also won eighteen Canadian Country Music Association awards, the most received by any artist. After disbanding in 1990, Barry and Tracey Brown and Randall Prescott formed the group Prescott-Brown in 1991.

Chris Nielsen is a Canadian country singer, who recorded both as a solo artist and as a duo with her husband R. Harlan Smith. Her singles included "You Know I Want You", "Baby Pictures", "I'd Love You Like Nobody Dared To", "Everyone's Laughin' But Me" and "Second Chance".

Roxanne Goldade is a Canadian pediatrician and former country singer, most noted as a two-time Juno Award nominee for Most Promising Female Vocalist.

Angus Reynolds Walker is a Canadian bluegrass and country musician from Port Hastings, Cape Breton, Nova Scotia. He has been called "Canada's Prime Minister of Country Music" and "The Cape Breton Rebel".