Patrick Rakovsky (born 2 June 1993) is a German professional footballer who plays as a goalkeeper for Orange County SC in the USL Championship. [1]

Christian Georgievich Rakovsky was a Bulgarian-born socialist revolutionary, a Bolshevik politician and Soviet diplomat; he was also noted as a journalist, physician, and essayist. Rakovsky's political career took him throughout the Balkans and into France and Imperial Russia; for part of his life, he was also a Romanian citizen.

Rakovsky is a surname. Notable people with the surname include:

Patrick is a given name derived from the Latin name Patricius. Alternative meaning could be derived from Old English elements "Pǣga", meaning unknown, and "rīce", meaning ruler. 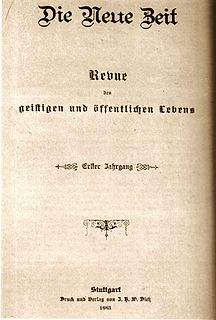 Die Neue Zeit was a German socialist theoretical journal of the Social Democratic Party of Germany (SPD) that was published from 1883 to 1923. Its headquarters was in Stuttgart, Germany.

The Socialist Party of Romania was a Romanian socialist political party, created on December 11, 1918 by members of the Social Democratic Party of Romania (PSDR), after the latter emerged from clandestinity. Through its PSDR legacy, the PS maintained a close connection with the local labor movement and was symbolically linked to the first local socialist group, the Romanian Social-Democratic Workers' Party. Its creation coincided with the establishment of Greater Romania in the wake of World War I; after May 1919, it began a process of fusion with the social democratic groups of in the former territories of Austria-Hungary — the Social Democratic Parties of Transylvania, Banat and Bukovina. The parties adopted a common platform in October 1920. Progressively influenced by Leninism, the PS became divided between a maximalist majority supporting Bolshevik guidelines and a reformist-minded minority: the former affiliated with the Comintern as the Socialist-Communist Party in May 1921, while the minority eventually established a new Romanian Social Democratic Party. 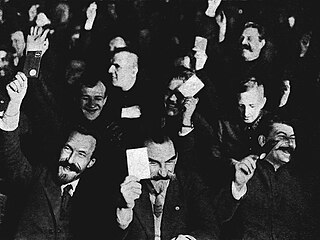 The 15th Congress of the All-Union Communist Party (Bolsheviks) was held during 2–19 December 1927 in Moscow. It was attended by 898 delegates with a casting vote and 771 with a consultative vote.

Ion Costache Frimu was a Romanian socialist militant and politician, a leading member of the Social Democratic Party of Romania (PSDR) and labor activist. He died after being beaten and contracting an illness in prison, where he was being held for his participation in the typographic workers' demonstration of December 1918. 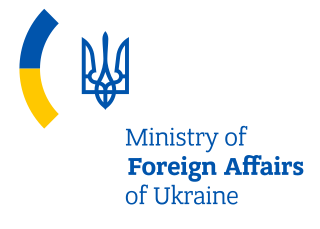 The Ministry of Foreign Affairs of Ukraine is the Ukrainian government authority that oversees the foreign relations of Ukraine.

Patrick Herrmann is a German professional footballer who plays as a right winger for Borussia Mönchengladbach in the Bundesliga.

Martin Rakovský was a Renaissance-era Hungarian poet and humanist scholar during the mid-16th century.

Council of People's Commissars of the Ukrainian SSR or the Radnarkom was the highest governing body of executive power in Ukrainian SSR from January 1919 to 1946. Until 1937 it was also a legislative body as well. The council replaced the Temporary Workers-Peasants Government of Ukraine in January 1919. In 1919 during the advance of the Denikin's Army the role of the council was suspended and for a short period it was merged with the Central Executive Committee of Ukraine and leadership of the Communist Party (Bolsheviks) of Ukraine forming the All-Ukrainian Revolutionary Committee.

Mihail Gheorghiu Bujor was a Romanian lawyer, journalist and socialist militant. An important figure in the early Romanian labour movement, he embraced communism during World War I and organised Romanian armed detachments in Odessa in support of the October Revolution, hoping to foment a revolution in his native country. A political prisoner in Romania for much of the interwar period and during World War II, he held several minor political offices after the regime change in the late 1940s.

The Medvedev Forest massacre or Orel massacre was a mass execution in the Soviet Union carried out by the Soviet secret police NKVD on September 11, 1941. Taking place barely three months after the German invasion of the Soviet Union, 157 political prisoners incarcerated at Oryol Prison were executed in Medvedev Forest, just outside the Russian city of Oryol, by personal order of Joseph Stalin. This execution was one of the many massacres of prisoners hastily committed by the NKVD in 1941 in the wake of German invasion.

First Rakovsky Government was a government led by Christian Rakovsky who replaced the former Soviet provisional government in Ukraine that came into crisis.

The 167th Rifle Division was an infantry division of the Red Army of the Soviet Union, formed twice.

The Social Democratic Party of Romania was a Marxist social-democratic political party in Romania. A member of the Second International, the party was active between 1910 and 1916, when it was banned. Clandestine groups continued underground activity until 1918, when the end of World War I allowed the party to re-emerge as a legal political group, rechristened Socialist Party of Romania. 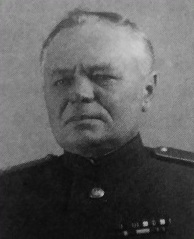 Puah Rakovsky (1865–1955) was a professional educator, Zionist activist and feminist leader. She worked towards upliftment of Jewish women. 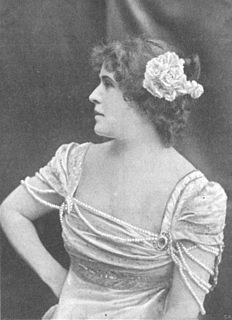 Helene Odilon (1865–1939) was a German stage actress. Her acting career began while she was the apprentice of German stage actor Ludwig Barnay. In 1902, she was reported to be "currently the greatest actress in Germany". Odilon was known for her comedic ingénue roles. She was born in Northern Germany.