Paul Joseph Wieland (born December 24,1962) is an American businessman and politician from the state of Missouri. A member of the Republican Party,Wieland represents the 22nd District in the Missouri State Senate.

Wieland was raised in Jefferson County,Missouri. He graduated from St. Pius X High School in Festus,Missouri. Wieland worked in his family's auto parts business,and then opened his own small businesses.

On November 2,2010,Paul Wieland was elected during the Jefferson County,Missouri,General Election for state representative for District 102. Wieland won as a Republican,defeating the Democratic candidate Jeff Roorda,as well as the Constitution Party candidate Richard Blowers.

On November 6,2012,Paul Wieland was elected during the Jefferson County,Missouri,General Election running for state representative of District 112. Wieland,won as a Republican,defeating Democratic candidate Daniel E. James.

On November 4,2014,Paul Wieland was elected during the Jefferson County,Missouri,General Election running for state senator for the twenty-second district. Wieland,won as a Republican,defeating Democratic candidate Jeff Roorda. [2]

In August 2013,Wieland and his wife filed a lawsuit against the United States Department of Health and Human Services,the Department of the Treasury,and the Department of Labor,saying that in applying for health insurance as a government employee,he was not given the chance to opt out of coverage for contraceptives and abortifacients because of a provision in the Affordable Care Act. [3] He lost the case in District Court in October 2013,but appealed the decision to the United States Court of Appeals for the Eighth Circuit based on the Burwell v. Hobby Lobby decision by the United States Supreme Court. [4] and in July 2016 won their appeal on the basis of the Religious Freedom Restoration Act. [5]

In 2021,Wieland proposed legislation that would prohibit Medicaid coverage for certain forms of contraception which,in his view,would destroy fetal life. [6]

Wieland and his wife,Terri,live in Imperial,Missouri,and have three daughters. [7] Paul and Terri own the Wieland Insurance Group. [7] He is a devout Catholic. [3]

Allyson Schwartz is an American Democratic Party politician who represented parts of Montgomery County and Northeast Philadelphia in the United States House of Representatives from 2005 to 2015 and Northeast and Northwest Philadelphia in the Pennsylvania Senate from 1991 to 2005. She has finished second in a statewide Democratic Party primary twice:for United States Senate in 2000 and for Governor in 2014. 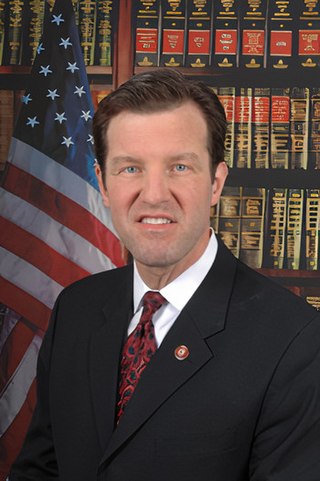 John Russell Carnahan is an American politician from the state of Missouri. A member of the Democratic Party,he served as the U.S. representative for Missouri's 3rd congressional district from 2005 to 2013.

Texas's 22nd congressional district of the United States House of Representatives covers a largely suburban south-central portion of the Greater Houston metropolitan area. The district includes the majority of Fort Bend County,including most of the cities of Sugar Land,Missouri City,Rosenberg,Needville and the county seat of Richmond as well as the county's share of the largely unincorporated Greater Katy area west of Houston. In addition,the district also contains portions of northern Brazoria County,including Pearland and Alvin,as well as a small portion of southeast Harris County centered on Friendswood.

Ann Louise Wagner is an American politician and diplomat serving as the U.S. representative for Missouri's 2nd congressional district. A member of the Republican Party,she was the United States ambassador to Luxembourg from 2005 to 2009. 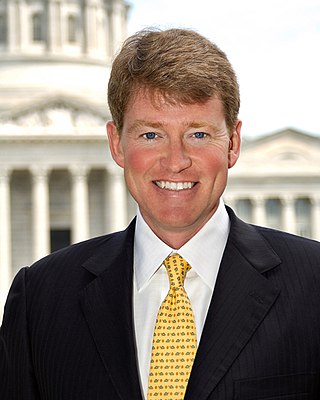 Christopher Andrew Koster is an American lawyer and politician who served as the 41st Attorney General of Missouri from 2009 to 2017. Prior to serving as attorney general,Koster was elected three times as prosecuting attorney of Cass County,Missouri. Additionally,he served four years as State Senator from Missouri's 31st Senatorial district.

Terri E. Bonoff is an American politician from the U.S. state of Minnesota. She is a former member of the Minnesota Senate,representing District 44,which included portions of Minnetonka,Plymouth and Woodland in Hennepin County in the Twin Cities metropolitan area. A member of the Minnesota Democratic–Farmer–Labor Party (DFL),she was a candidate for the U.S. House of Representatives in Minnesota's 3rd congressional district in 2016. She was defeated by incumbent Republican Erik Paulsen in the general election. She now resides in Atlanta,Georgia and serves as CEO of Jewish Family &Career Services. 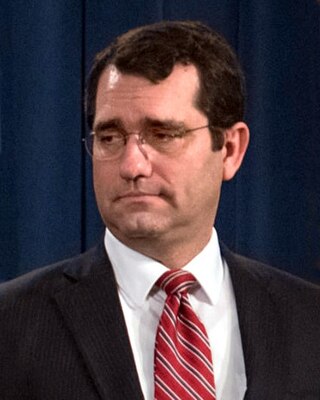 Derek Larkin Schmidt is an American lawyer and politician who has been the Kansas Attorney General since 2011. 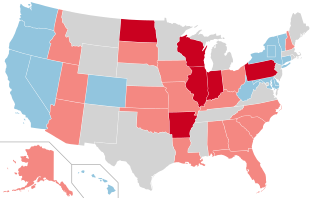 The 2010 United States elections were held on Tuesday,November 2,2010,in the middle of Democratic President Barack Obama's first term. Republicans ended unified Democratic control of Congress and the presidency by winning a majority in the House of Representatives.

The 2010 New York state elections took place on November 2,2010. Due to the special election for US Senate,all of New York's six statewide offices were up for popular election on the same date. At the same time,all 29 members from New York of the U.S. House of Representatives,all 212 members of the New York State legislature,and many other local officials were elected. 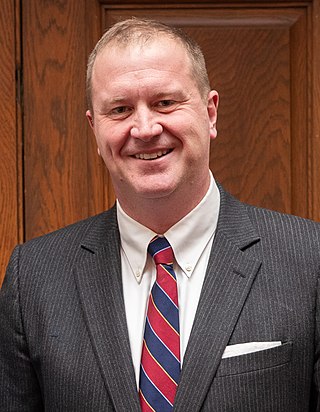 Eric Stephen Schmitt is an American lawyer and politician who has served as the 43rd attorney general of Missouri since 2019. He is the United States senator-elect from Missouri and will assume office in 2023.

Vicky Jo Hartzler is an American politician serving as the U.S. representative for Missouri's 4th congressional district since 2011. A member of the Republican Party,she served as the Missouri state representative for the 124th district from 1995 to 2000. 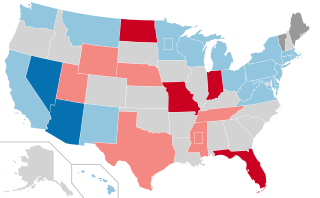 Jeffrey Roorda is an American politician. He was a Democratic member of the Missouri House of Representatives,serving from 2005 to 2010 and again from 2013 to 2015. Roorda ran for the Missouri Senate in District 22 in 2014,but he was defeated by Paul Wieland,a Republican from Imperial. A former police officer,he is also the executive director and business manager of the St. Louis Police Officers Association (SLPOA). SLPOA is Lodge #68 of the Fraternal Order of Police,covering the St. Louis Metropolitan Police Department (SLMPD).

The 2022 Ohio general elections took place on November 8,2022,throughout the US state of Ohio.