The purpose of the Department of Labor is to foster, promote, and develop the wellbeing of the wage earners, job seekers, and retirees of the United States; improve working conditions; advance opportunities for profitable employment; and assure work-related benefits and rights. In carrying out this mission, the Department of Labor administers and enforces more than 180 federal laws and thousands of federal regulations. These mandates and the regulations that implement them cover many workplace activities for about 10 million employers and 125 million workers.

The department's headquarters is housed in the Frances Perkins Building, named in honor of Frances Perkins, the Secretary of Labor from 1933 to 1945.

In February 1903, it became a bureau again when the Department of Commerce and Labor was established. United States President William Howard Taft signed the March 4, 1913, bill (the last day of his presidency), establishing the Department of Labor as a Cabinet-level department. William B. Wilson was appointed as the first Secretary of Labor on March 5, 1913, by President Wilson. [5] In October 1919, Secretary Wilson chaired the first meeting of the International Labour Organization even though the U.S. was not yet a member. [6]

In September 1916, the Federal Employees' Compensation Act introduced benefits to workers who are injured or contract illnesses in the workplace. The act established an agency responsible for federal workers’ compensation, which was transferred to the Labor Department in the 1940s and has become known as the Office of Workers' Compensation Programs. [7]

Frances Perkins, the first female cabinet member, was appointed to be Secretary of Labor by President Roosevelt on March 4, 1933. Perkins served for 12 years, and became the longest-serving Secretary of Labor.

During the John F. Kennedy Administration, planning was undertaken to consolidate most of the department's offices, then scattered around more than 20 locations. In the mid‑1960s, construction on the "New Labor Building" began and construction was finished in 1975. In 1980, it was named in honor of Frances Perkins.

President Lyndon B. Johnson asked Congress to consider the idea of reuniting Commerce and Labor. [8]

He argued that the two departments had similar goals and that they would have more efficient channels of communication in a single department. However, Congress never acted on it.

In the 1970s, following the civil rights movement, the Labor Department under Secretary George P. Shultz made a concerted effort to promote racial diversity in unions. [9]

In 1978, the Department of Labor created the Philip Arnow Award, intended to recognize outstanding career employees such as the eponymous Philip Arnow. [10] In the same year, Carin Clauss became the department's first female Solicitor of the Department. [11]

In 2010, a local of the American Federation of Government Employees stated their unhappiness that a longstanding flextime program reduced under the George W. Bush administration had not been restored under the Obama administration. [12] Department officials said the program was modern and fair and that it was part of ongoing contract negotiations with the local. [12]

In August 2010, the Partnership for Public Service ranked the Department of Labor 23rd out of 31 large agencies in its annual "Best Places to Work in the Federal Government" list. [13]

In December 2010, then–Department of Labor Secretary Hilda Solis was named the Chair of the U.S. Interagency Council on Homelessness, [14] of which Labor has been a member since its beginnings in 1987.

In July 2011, Ray Jefferson, Assistant Secretary for VETS resigned due to his involvement in a contracting scandal. [15] [16] [17]

In March 2013, the department began commemorating its centennial. [18]

In July 2013, Tom Perez was confirmed as Secretary of Labor. According to remarks by Perez at his swearing-in ceremony, "Boiled down to its essence, the Department of Labor is the department of opportunity." [19]

In April 2017, Alexander Acosta was confirmed as the new Secretary of Labor. In July 2019, Acosta resigned due to a scandal involving his role in the plea deal with Jeffrey Epstein. [20] He was succeeded on September 30, 2019, by Eugene Scalia.

In the latest Center for Effective Government analysis of 15 federal agencies which receive the most Freedom of Information Act (FOIA) requests, published in 2015 (using 2012 and 2013 data, the most recent years available), the Labor Department earned a D by scoring 63 out of a possible 100 points, i.e., did not earn a satisfactory overall grade. [21]

Agencies, boards, offices, programs, library and corporation of the department

A statistician is a person who works with theoretical or applied statistics. The profession exists in both the private and public sectors. It is common to combine statistical knowledge with expertise in other subjects, and statisticians may work as employees or as statistical consultants.

Child labor laws in the United States address issues related to the employment and welfare of working minors and children in the United States. The most sweeping federal law that restricts the employment and abuse of child workers is the Fair Labor Standards Act (FLSA). Child labor provisions under FLSA are designed to protect the educational opportunities of youth and prohibit their employment in jobs that are detrimental to their health and safety. FLSA restricts the hours that youth under 16 years of age can work and lists hazardous occupations too dangerous for young workers to perform.

The Equal Pay Act of 1963 is a United States labor law amending the Fair Labor Standards Act, aimed at abolishing wage disparity based on sex. It was signed into law on June 10, 1963, by John F. Kennedy as part of his New Frontier Program. In passing the bill, Congress stated that sex discrimination:

The Workforce Investment Act of 1998 was a United States federal law that was repealed and replaced by the 2014 Workforce Innovation and Opportunity Act.

The Committee on Education and Labor is a standing committee of the United States House of Representatives. There are 53 members in this committee.

The Michigan Occupational Safety and Health Administration (MIOSHA) is a state government agency that regulates workplace safety and health in the U.S. state of Michigan. Michigan OSHA is an agency within the Michigan Department of Licensing and Regulatory Affairs and operates under a formal state-plan agreement with the Occupational Safety and Health Administration (OSHA).

"Right to know", in the context of United States workplace and community environmental law, is the legal principle that the individual has the right to know the chemicals to which they may be exposed in their daily living. It is embodied in federal law in the United States as well as in local laws in several states. "Right to Know" laws take two forms: Community Right to Know and Workplace Right to Know. Each grants certain rights to those groups. The "right to know" concept is included in Rachel Carson's book Silent Spring.

The minimum wage in the United States is set by US labor law and a range of state and local laws. Employers generally have to pay workers the highest minimum wage prescribed by federal, state, and local law. Since July 24, 2009, the federal government has mandated a nationwide minimum wage of $7.25 per hour. As of January 2018, there were 29 states with a minimum wage higher than the federal minimum. From 2017 to 2018, eight states increased their minimum wage levels through automatic adjustments, while increases in eleven other states occurred through referendum or legislative action.

The Fair Labor Standards Act of 1938 29 U.S.C. § 203 (FLSA) is a United States labor law that creates the right to a minimum wage, and "time-and-a-half" overtime pay when people work over forty hours a week. It also prohibits most employment of minors in "oppressive child labor". It applies to employees engaged in interstate commerce or employed by an enterprise engaged in commerce or in the production of goods for commerce, unless the employer can claim an exemption from coverage.

The Wage and Hour Division (WHD) of the United States Department of Labor is the federal office responsible for enforcing federal labor laws. The Division was formed with the enactment of the Fair Labor Standards Act of 1938. The Wage and Hour mission is to promote and achieve compliance with labor standards to protect and enhance the welfare of the Nation's workforce. WHD protects over 144 million workers in more than 9.8 million establishments throughout the United States and its territories. The Wage and Hour Division enforces over 13 laws, most notably the Fair Labor Standards Act and the Family Medical Leave Act. In FY18, WHD recovered $304,000,000 in back wages for over 240,000 workers.

The Paycheck Fairness Act is a proposed United States labor law that would add procedural protections to the Equal Pay Act of 1963 and the Fair Labor Standards Act as part of an effort to address the gender pay gap in the United States. A Census Bureau report published in 2008 stated that women's median annual earnings were 77.5% of men's earnings. However, newer studies suggest that when the data is controlled for certain variables, the residual gap is around 5-7%; the same study concludes that the residual is because "hours of work in many occupations are worth more when given at particular moments and when the hours are more continuous. That is, in many occupations, earnings have a nonlinear relationship with respect to hours." 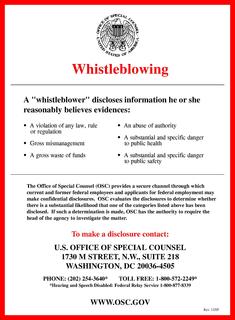 The tipped wage is base wage paid to an employee that receives a substantial portion of their compensation from tips. According to a common labor law provision referred to as a "tip credit", the employee must earn at least the state’s minimum wage when tips and wages are combined or the employer is required to increase the wage to fulfill that threshold. This ensures that all tipped employees earn at least the minimum wage: significantly more than the tipped minimum wage.