The Bureau of International Labor Affairs (ILAB) is an operating unit of the United States Department of Labor which manages the department's international responsibilities. According to its mission statement:

“The Bureau of International Labor Affairs leads the U.S. Department of Labor's efforts to ensure that workers around the world are treated fairly and are able to share in the benefits of the global economy. ILAB's mission is to improve global working conditions, raise living standards, protect workers' ability to exercise their rights, and address the workplace exploitation of children and other vulnerable populations. Our efforts help to ensure a fair playing field for American workers and contribute to stronger export markets for goods made in the United States.” [2]

ILAB promotes the economic security and stability of United States workers in international affairs and provides advice and statistics on policy decisions which have U.S. labor concerns. The Bureau also represents the United States at trade negotiations and at international bodies like the International Labour Organization (ILO), the World Trade Organization (WTO), and the Organisation for Economic Co-operation and Development (OECD). It also provides technical assistance to foreign countries in the interest of benefiting the United States and additionally works with other government agencies to combat child labor and human trafficking abroad and in the United States. [3]

The Bureau of International Labor Affairs is located in the Frances Perkins Building, Room S-2235, 200 Constitution Avenue, NW Washington, DC 20210. It is currently under the direction of Deputy Undersecretary for International Affairs Martha Newton.

The Bureau of International Labor Affairs was formed October 10, 1947, during the administration of President Harry S. Truman under the direction of Lewis B. Schwellenbach as a means to formally institutionalize the international directives of the Department of Labor. [4] Since its creation, ILAB has helped pass the Trade Agreements Act of 1979, aided the introduction of the United States of America into the International Labour Organization (ILO), and administered the North American Agreement on Labor Cooperation (NAALC), the portion of the North American Free Trade Agreement (NAFTA) which dealt with trade relations and required the establishment of a department in each member state to provide information about labor conditions in that country.

In 1993, the United States Congress directed the Secretary of Labor, Robert Reich at the time, to identify foreign industries and countries which export goods to the United States which were produced using child labor. Responsibility for this project was given to ILAB which published the first of its reports on the subject: The Sweat and Toil of Children: The Use of Child Labor in American Imports. [3]

In 1999, President Bill Clinton signed Executive Order 13126 which prohibited the purchase of items which were produced by forced or indentured labor. It also authorized the Department of Labor to compile a list of items and their respective countries which would be banned. This fell under the purview of the Bureau of International Labor Affairs. [5] The current list, as compiled by ILAB, consists of 31 products including bamboo, beans, cocoa, coffee, nuts, rice, rubber, shrimp, and sugarcane. [5] The products come from countries such as Afghanistan, Argentina, Benin, Bolivia, Burkina Faso, Burma, China, Colombia, Congo, Ethiopia, Ghana, India, Ivory Coast, Mali, Nepal, Nigeria, Pakistan, Russia, Sierra Leone, Tajikistan, Thailand and Uzbekistan. [5] As of 2004, ILAB has spent more than $250 million to combat child labor since 1995. [1]

On April 10, 2009, the Bureau of International Labor Affairs announced a letter of intent to "Fund International Child Labor Elimination Projects in Fiscal Year 2009" this involves the awarding of merit-based "cooperative agreement awards" to organizations seeking to fund projects to combat child labor through education. It is intended that $20 million be budgeted for this purpose. These efforts will be focused in the countries of Guatemala, Indonesia, Nepal, and Rwanda.

ILAB provides technical assistance with other countries in the areas of technical expertise, worker health, and working conditions with the goal of benefiting U.S. foreign policy. This program began in the aftermath of World War II when the Department of Labor taught German trade unionists to assist in European reconstruction efforts.

In 1975, ILAB worked with the Government of Saudi Arabia to develop a vocational training program and in 1989, after the passage of the Support for Eastern European Democracy Act (SEED), ILAB aided economies that were transitioning to a more open economic system to develop labor markets. [6] Additionally, ILAB has undertaken various social initiatives globally including a $10 million project to combat the spread of HIV/AIDS in workers. These initiatives are all aimed at providing stability to an interconnected global economy in which labor issues in foreign countries can have negative effects in the United States. [1]

The International Labour Organization (ILO) is a United Nations agency whose mandate is to advance social justice and promote decent work by setting international labour standards. It was the first specialised agency of the UN. The ILO has 187 member states: 186 of the 193 UN member states plus the Cook Islands are members of the ILO. The tripartite structure is unique to the ILO where representatives from the government, employers and employees openly debate and create labour standards.

The Harkin–Engel Protocol, sometimes referred to as the Cocoa Protocol, is an international agreement aimed at ending the worst forms of child labor and forced labor in the production of cocoa, the main ingredient in chocolate. The protocol was negotiated by U.S. Senator Tom Harkin and U.S. Representative Eliot Engel in response to a documentary and multiple articles in 2000 and 2001 reporting widespread child slavery and child trafficking in the production of cocoa. The protocol was signed in September 2001. Joint Statements in 2001, 2005 and 2008 and a Joint Declaration in 2010 extended the commitment to address the problem.

Trafficking of children is a form of human trafficking and is defined as the "recruitment, transportation, transfer, harboring, and/or receipt" kidnapping of a child for the purpose of slavery, forced labor and exploitation. This definition is substantially wider than the same document's definition of "trafficking in persons". Children may also be trafficked for the purpose of adoption.

The global march against child labour came about in 1998, following the significant response concerning the desire to end child labor. It was a grassroot movement that motivated many individuals and organizations to come together and fight against child labor and not an annual march.

Prostitution in Jamaica is illegal but widely tolerated, especially in tourist areas. UNAIDS estimate there to be 18,696 prostitutes in the country.

Prostitution in Colombia is legal, regulated and limited to brothels in designated "tolerance zones". Sex workers are required to have regular health checks. However, the laws are rarely applied and prostitution is widespread, partly due to poverty and internal displacement.

Prostitution in Chile is legal, subject to regulation, but related activities such as keeping brothels and pimping are prohibited. Several hundred women were registered as prostitutes with the National Health Service.

Prostitution in Nicaragua is legal, but promoting prostitution and procuring are prohibited. The minimum age for prostitutes is 18 years old. It was estimated in 2015 that were around 15,000 prostitutes in the country.

The Anti-Trafficking in Persons Act of 2003, R.A. No. 9208, is a consolidation of Senate Bill No. 2444 and House Bill No. 4432. It was enacted and passed by Congress of the Philippines' Senate of the Philippines and House of Representatives of the Philippines assembled on May 12, 2003 and signed into law by President Gloria Macapagal-Arroyo on May 26, 2003. It institutes policies to eliminate and punish human trafficking, especially women and children, establishing the necessary institutional mechanisms for the protection and support of trafficked persons. It aims "to promote human dignity, protect the people from any threat of violence and exploitation, and mitigate pressures for involuntary migration and servitude of persons, not only to support trafficked persons but more importantly, to ensure their recovery, rehabilitation and reintegration into the mainstream of society."

Human trafficking is a modern form of slavery, with illegal smuggling and trading of people, for forced labor or sexual exploitation. 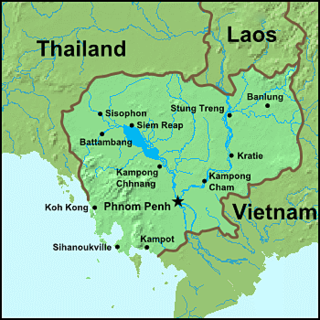 Child labour refers to the full-time employment of children under a minimum legal age. In 2003, an International Labour Organization (ILO) survey reported that one in every ten children in the capital above the age of seven was engaged in child domestic labour. Children who are too young to work in the fields work as scavengers. They spend their days rummaging in dumps looking for items that can be sold for money. Children also often work in the garment and textile industry, in prostitution, and in the military.

Executive Order 13126, formally titled Prohibition of Acquisition of Products Produced by Forced or Indentured Child Labor, is an executive order signed by Bill Clinton on June 12, 1999, to ensure federal agencies enforce laws regarding forced labor. It requires the US Department of Labor to maintain a list of products and their countries of origin that have been produced by forced child labor. Federal contractors who supply products on the list must prove they have made a good faith effort to determine if the products were produced under forced labor.

International labour law is the body of rules spanning public and private international law which concern the rights and duties of employees, employers, trade unions and governments in regulating the workplace. The International Labour Organization and the World Trade Organization have been the main international bodies involved in reforming labour markets. The International Monetary Fund and the World Bank have indirectly driven changes in labour policy by demanding structural adjustment conditions for receiving loans or grants. Issues regarding Conflict of laws arise, determined by national courts, when people work in more than one country, and supra-national bodies, particularly in the law of the European Union, has a growing body of rules regarding labour rights.

Human trafficking in Southeast Asia have long been a problem for the area and still is prevalent today. It has been observed that as economies continue to grow, the demand for labor is at an all-time high in the industrial sector and the sex tourism sector. A mix of impoverished individuals and the desire for more wealth creates an environment for human traffickers to benefit in the Southeast Asia region. Many nations within the region have taken preventive measures to end human trafficking within their borders and punish traffickers operating there.