Portia Faces Life is an American soap opera first broadcast over radio from 1940 to 1953, and also on television for a single season in the mid-1950s. It began in syndication on April 1, 1940, and was broadcast on some stations that carried NBC programs, although it does not seem to have been an official part of that network's programming. The original title was Portia Blake Faces Life. [1]

The program starred veteran radio actress Lucille Wall, who had been on Your Family and Mine and other radio dramas since the mid-1920s. Stations airing the series included WNAC in Boston, WLS in Chicago, KRLD in Dallas, KGW in Portland, Oregon and KFI in Los Angeles, according to newspaper advertisements. On October 7, 1940, the program became part of the CBS Radio Network, and its title was changed to Portia Faces Life at that point. It was sponsored by General Foods (makers of Post Bran, Post Flakes, Post Toasties).

Attorney Portia Blake (Lucille Wall) faced hardships as she fought corruption in the small town of Parkersburg. She was a widow with a ten-year-old son named Dickie; her husband Richard had been murdered, by criminal elements he had fought to expose. [3] The idea of a woman lawyer as a protagonist was unusual for the time, and newspaper advertisements described Blake as "a courageous woman attorney who battles forces of crime, injustice, and civic corruption" in a typical American city. Also part of the storyline was the character of crusading journalist Walter Manning (played by Myron McCormick), who was secretly in love with her. Manning was trying to expose the criminals responsible for the death of Portia's husband. [3]

In 1952, an Australian version of Portia Faces Life began transmission from the radio station 3UZ in Melbourne. It was introduced by American expatriate Grace Gibson. It starred Lyndall Barbour as the title character who was renamed "Portia Manning." It ran for 3,544 quarter-hour episodes until 1970 and every episode started with the introduction, "A story taken from the heart of every woman who has ever dared to love." [4] The series also was broadcast from the ZB radio network in New Zealand. Following the conclusion of Portia Faces Life, Lyndall Barbour was cast as Portia again in four smaller shows: Partners in Jeopardy, The Silent Witness, The Haverlock Affair and The Seed of Evil. Portia Manning also had cameo appearances in Violets are Blue, Clayton Place and Thirty Days Hath September.

The year 1975 involved some significant events in television. Below is a list of television-related events which happened that year.

Gunsmoke is an American radio and television Western drama series created by director Norman Macdonnell and writer John Meston. The stories take place in and around Dodge City, Kansas, during the settlement of the American West. The central character is lawman Marshal Matt Dillon, played by William Conrad on radio and James Arness on television. When aired in the United Kingdom, the television series was initially titled Gun Law, later reverting to Gunsmoke. 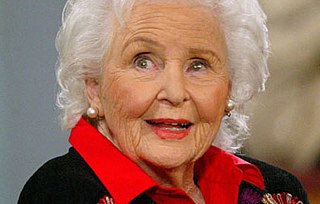 Frances Reid was an American dramatic actress. Reid acted on television for nearly all of the second half of the 20th century. Her career continued into the early 2000s.

The FBI in Peace and War was a radio crime drama inspired by Frederick Lewis Collins' book of the same name. 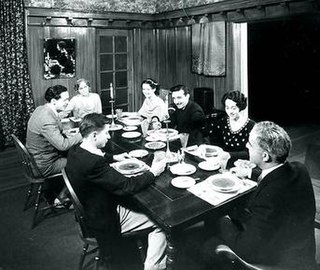 Esther Ralston was an American film actress who was popular in the silent era. 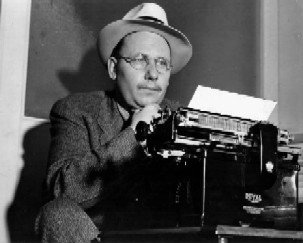 Carlton Errol Morse was a Louisiana-born producer/journalist best known for his creation of the radio serial One Man's Family, which debuted in 1932 and ran until 1959 as one of the most popular as well as long-running radio soap operas of the time. He also was responsible for the radio serial I Love a Mystery. A radio legend, he experimented with television and published three novels. Morse is considered by many to be one of the best radio scriptwriters.

These are the daytime Monday–Friday schedules on all three networks for each calendar season beginning September 1954. All times are Eastern and Pacific. 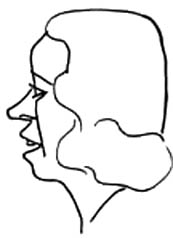 Gang Busters was an American dramatic radio program heralded as "the only national program that brings you authentic police case histories." It premiered on January 15, 1936, and was broadcast over 21 years through November 27, 1957.

Lyndall Harvey Barbour was an Australian actress, primarily of radio, although she also added stage and television work to her repertoire, born in Egypt to Australian parents, she was a three time recipient of the Macquarie Radio Network award.