There were originally three different versions of Postcards, each produced and broadcast within its specific city or market. In 1995, Adelaide's Channel Nine produced their first series. [1] It promoted holiday spots within South Australia, encouraging viewers to travel within their state. Soon after, Channel Nine in Melbourne launched their own state-based version and Channel Nine in Perth followed in 1999 with Postcards WA.

In 2007, WIN Television purchased Channel Nine in Adelaide and Perth. [2] [3] The Perth-based Postcards WA was then renamed Postcards Australia and expanded to cover more parts of the country, using reporters positioned across the WIN network, and in 2011 they axed the original Adelaide-based Postcards SA. [4]

Postcards is produced by Channel Nine Melbourne and is hosted by Rebecca Judd. The show airs in Perth, Adelaide and Melbourne market on Friday nights at 7.30pm.

Postcards Victoria is shown on Sundays at 5.30pm. It is currently hosted by Rebecca Judd with presenters Brodie Harper, Shane Delia, Livinia Nixon and Lauren Phillips.

Postcards Australia was produced by WIN Television and WIN Digital Media and showcase exciting, engaging and beautiful destinations around Australia and recently New Zealand, highlighting the stunning locations, unique characters and interesting things to do, along with travel tips, local advice and much fun. Hosted by Scott McRae, series two will be seen across Australia and is also seen on Discovery Travel Channel in South East Asia, Korea, China and New Zealand.

Postcards WA was produced by STW Channel Nine Perth. It was first launched in April 1998 [7] and was hosted by Philippa O'Connell who was joined by co-host Paul Entwistle in 2003. Reporters for the show included Ryan Campbell, Teresa Spiniello, Craig James and Fiona Argyle. In 2009, a brief series of Postcards WA was broadcast with host Angela Tsun. Soon after, the series expanded and was renamed Postcards Australia.

STW is an Australian television station owned by the Nine Network that is based in Perth, Western Australia. STW broadcasts from a shared facility transmitter mast located in Carmel. The station callsign, STW, is an acronym of Swan Television, Western Australia. Livinia Helen Nixon is an Australian television presenter and actress.

NWS is an Australian television station based in Adelaide, Australia. It is owned-and-operated by the Nine Network. The station callsign, NWS, is an initialism of The NeWs South Australia.

Today Tonight was an Australian current affairs television program produced by the Seven Network. It aired from January 1995 to November 2019 in Adelaide and Perth. Editions in Brisbane, Sydney and Melbourne were previously produced before being cancelled in February 2014.

Ed Phillips is a Sydney-based television and radio presenter.

Steven Jacobs is an Australian television, radio presenter and actor. 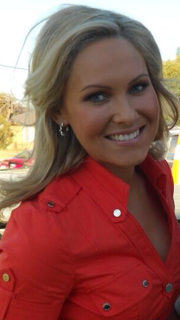 Angela Tsun is an Australian television and radio presenter. 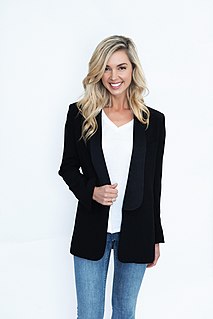