Blake is a surname which originated from Old English. Its derivation is uncertain; it could come from "blac", a nickname for someone who had dark hair or skin, or from "blaac", a nickname for someone with pale hair or skin. Another theory, presumably in the belief it is a Welsh patronymic in origin, for which there is no evidence, was that it is a corruption of "Ap Lake", meaning "Son of Lake". 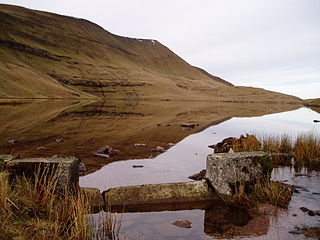 The surname Cox is of English or Welsh origin, and may have originated independently in several places in Great Britain, with the variations arriving at a standard spelling only later. There are also two native Scottish & Irish surnames which were anglicised into Cox.

Fisher is an English occupational name for one who obtained a living by fishing. In the United States, it is also a common anglicization of the German "Fischer" as well as various Ashkenazi Jewish surnames.

James is a common surname originating from the given name, itself derived from the HebrewYaʿaqōḇ. Notable people with the surname include:

Procter is a surname, and may refer to

Hill is a surname of English origin, meaning "a person who lived on a hill". It is the 36th most common surname in England and 37th most common in the United States.

Banks is an English surname. Notable people and fictional characters with the surname include:

Fry is an English and Scottish surname which derived from the Old Norse frjó meaning 'seed'. Notable people with that surname include:

Hughes is an English language surname.

Pearson is an English surname at Norman conquest of England period, and may refer to many people.

Robinson is an English language patronymic surname, originating in England. It means "son of Robin ". There are similar surname spellings such as Robison and Robeson. Robinson is the 15th-most common surname in the United Kingdom. According to the 1990 United States Census, Robinson was the twentieth most frequently encountered surname among those reported, accounting for 0.23% of the population.

Richardson is an English surname of Anglo Saxon origin. The prefix Richard is a given name derived from the Old English ric ("power") and hard ("brave"/"hardy"). The suffix -son denotes "son/descendant of". The names Richard and Richardson are found in records as early as 1381 in Yorkshire, England. There are variant spellings including the Swedish Richardsson. People with the name Richardson or its variants include:

Harrison is a common patronymic surname of Northern English origin. It means "son of Harry" or "Herry", representing the Middle English pronunciation of the given name Henry. It was in use by the 14th century. It may also be spelled Harrisson, Harryson or Harrysson. Henrison also appears historically but is now rare. Early records suggest that the surnames Harrison and Harris were used interchangeably by some families.

Phillips is an English and surname that is mostly referred to as a patronymic surname that derives from the given name Philip.

Hudson is an English surname. Notable people and characters with the surname include:

Webb is an English and Scottish surname meaning weaver of cloth.

Hawley is a surname. Notable people with the surname include:

Surname list
This page lists people with the surname Proctor.
If an internal link intending to refer to a specific person led you to this page, you may wish to change that link by adding the person's given name(s) to the link.
This page is based on this Wikipedia article
Text is available under the CC BY-SA 4.0 license; additional terms may apply.
Images, videos and audio are available under their respective licenses.