Proximity chat or spatial chat is type of internet platform that overlays video teleconferencing software on a virtual world environment, so that users can navigate freely and have conversations among small groups. Proximity chat as a genre has evolved as a virtual event solution in response to the COVID-19 pandemic, as an attempt to get around Zoom fatigue. [1] [2] [3] [4] [5] [6] [7]

A distribution of small groups across a virtual world map can be more informal than a many-to-many session, and to some extent this format is a functional replacement for breakout rooms. Some of the platforms employ a retrogaming aesthetic similar to a 2D overworld, while others work from a blank virtual world or one built up of a collage of photos placed by the user. Can be used to find people

Roblox is an online game platform and game creation system developed by Roblox Corporation. It allows users to program games and play games created by other users. Created by David Baszucki and Erik Cassel in 2004 and released in 2006, the platform hosts user-created games of multiple genres coded in the programming language Lua. For most of Roblox's history, it was relatively small, both as a platform and a company, due to both co-founder Baszucki's lack of interest in press coverage and it being "lost among the crowd" in a large number of platforms released around the same time. Roblox began to grow rapidly in the second half of the 2010s, and this growth has been accelerated by the COVID-19 pandemic.

RingCentral, Inc. is an American publicly traded provider of cloud-based communications and collaboration solutions for businesses.

Prezi is a Hungarian video and visual communications software company founded in 2009 in Hungary, with offices in San Francisco, Budapest and Riga. Prezi has more than 100 million users worldwide who have created approximately 400 million presentations. In 2019 they launched Prezi Video, which was the first widely available tool on the market that allows for virtual presentations within the video screen of a live or recorded video. The word "Prezi" is the short form of "presentation" in Hungarian.

Messenger is an instant messaging app and platform developed by Meta Platforms. Originally developed as Facebook Chat in 2008, the company revamped its messaging service in 2010, and subsequently released standalone iOS and Android apps in August 2011 and standalone Facebook Portal hardware for Messenger-based calling in 2018. Later on, Facebook launched a dedicated website interface known as Messenger.com, and separated the messaging functionality from the main Facebook app, allowing users to use the web interface or download one of the standalone apps. In April 2020, Facebook officially released Messenger for Desktop, which is supported on Windows 10 and macOS and distributed on Microsoft Store and App Store respectively.

Brandlive is a Software as a service (SaaS) company based in Portland, Oregon. 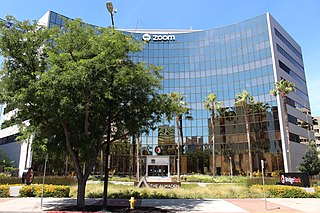 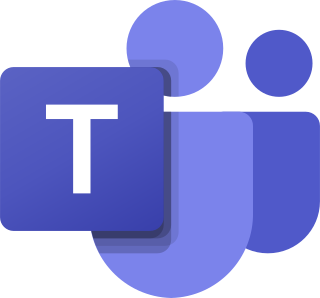 Microsoft Teams is a proprietary business communication platform developed by Microsoft, as part of the Microsoft 365 family of products. Teams primarily competes with the similar service Slack, offering workspace chat and videoconferencing, file storage, and application integration. Teams is replacing other Microsoft-operated business messaging and collaboration platforms, including Skype for Business and Microsoft Classroom. Throughout the COVID-19 pandemic, Teams, and other software such as Zoom and Google Meet, gained much interest as many meetings have moved to a virtual environment. As of 2021, it has about 250 million users.

Houseparty was a social networking service that enabled group video chatting through mobile and desktop apps. Users receive a notification when friends are online and available to group video chat. On average, users spent more than 60 minutes per conversation on the app in group or one-on-one chats. It was launched by Life on Air, Inc. in 2016 and was available on iOS, Android mobile devices, macOS and Google Chrome. Sima Sistani is the company's chief executive officer and co-founder. Epic Games announced the decision to discontinue Houseparty on September 9th, 2021 and removed it from the app stores on the same day, although it continued to function for users who had already downloaded it.

ShareChat is an Indian social media and social networking service, developed by Bangalore-based Mohalla Tech Pvt Ltd. It was founded by Ankush Sachdeva, Bhanu Pratap Singh and Farid Ahsan, and incorporated on 8 January 2015. ShareChat has over 250 million monthly active users across 15 Indic languages. The company's application offers features that include private messaging, tagging and a personal messaging feature, enabling users to share videos, jokes, songs and other language based social content with other unknown users. 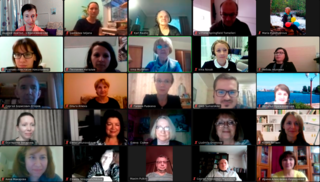 Zoom Meetings is a proprietary video teleconferencing software program developed by Zoom Video Communications. The free plan allows up to 100 concurrent participants, with a 40-minute time restriction. Users have the option to upgrade by subscribing to a paid plan. The highest plan supports up to 1,000 concurrent participants for meetings lasting up to 30 hours.

Zoombombing or Zoom raiding refers to the unwanted, disruptive intrusion, generally by Internet trolls, into a video-conference call. In a typical Zoombombing incident, a teleconferencing session is hijacked by the insertion of material that is lewd, obscene, racist, misogynistic, homophobic, Islamophobic, or antisemitic in nature, typically resulting in the shutdown of the session. The term is especially associated with and is derived from the name of the Zoom videoconferencing software program, but it has also been used to refer to the phenomenon on other video conferencing platforms. The term became popularized in 2020 when the COVID-19 pandemic forced many people to stay at home, and videoconferencing came to be used on a large scale by businesses, schools, and social groups. 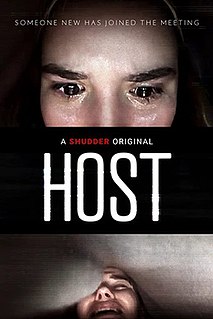 Host is a 2020 British computer screen supernatural horror film directed by Rob Savage and based on a script written by Savage, Gemma Hurley, and Jed Shepherd. Host takes place on a screencast of a video call on Zoom, and is presented as a computer screen film. Starring Haley Bishop, Jemma Moore, Emma Louise Webb, Radina Drandova and Caroline Ward, it features a group of friends who attempt to escape a supernatural force inadvertently spawned during a séance. 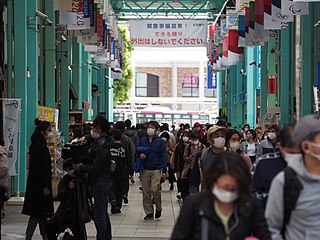 Pandemic fatigue is the state of being worn out by recommended precautions and restrictions relating to a pandemic, often due to the length of the restrictions and lack of activities for one to engage in, resulting in boredom, depression, psychic numbing, and other issues, thereby leading one to abandoning these precautions and risk catching the disease. Pandemic fatigue can be responsible for an increased number of cases. 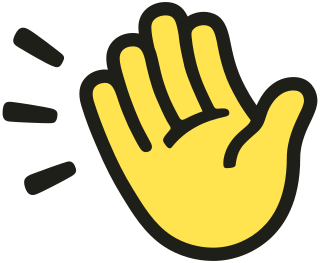 Zoom fatigue is tiredness, worry or burnout associated with the overuse of virtual platforms of communication, particularly videoconferencing. The name derives from the cloud based videoconferencing and online chat software Zoom, even if it used to refer to non-Zoom video conferencing platforms.

Lunchclub is an American social platform that uses artificial intelligence and machine learning to connect users with common interests and objectives. Lunchclub operates remote-first, and lacks an official physical headquarters. The platform is accessible through a mobile app or a web browser.

Social audio is a subclass of social media that designates social media platforms that use audio as their primary channel of communication. This can include text messages, podcasts, tools for recording and editing audio in addition to virtual audio rooms. Still in an evolutionary state, different companies that develop social audio products are still trying to figure out what works for their users, and what doesn't.

Mobilize is an American technology platform and network that allows volunteers to sign up for events such as rallies, virtual meetings, canvassing, phone banking, and get out the vote. Founded in May 2017 by Allen Kramer and Alfred Johnson, the platform is used by Democratic Party candidates, progressive organizations, and non-profits to recruit and mobilize volunteers.